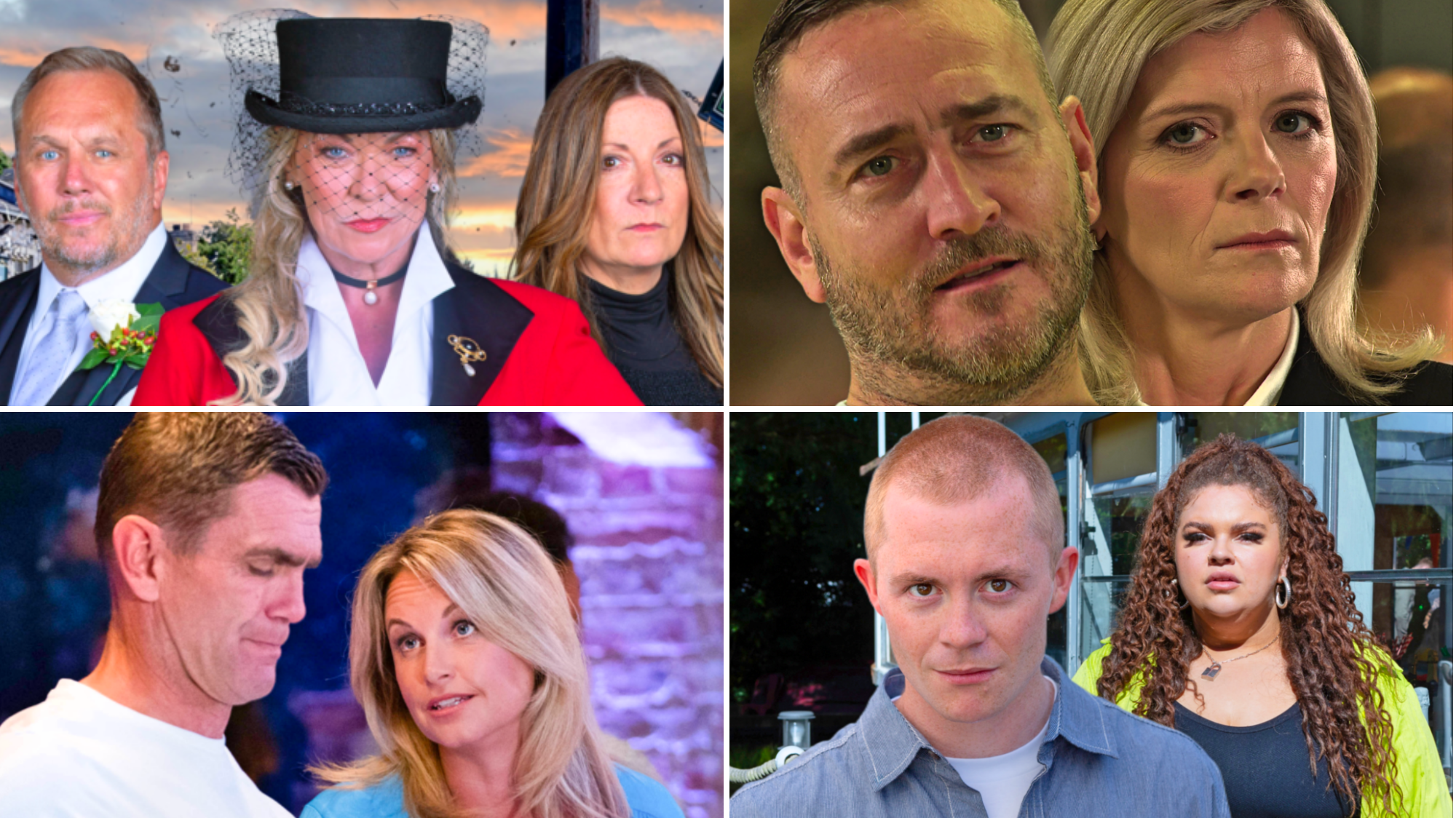 The moment we’ve all been waiting for is almost upon us, as Emmerdale’s highly-anticipated 50th anniversary arrives next week.

The ITV soap is going large, with a devastating storm set to change the very landscape of the eponymous village as we know it.

Expect chaos, terror and death aplenty, as one of the nation’s most beloved programmes hits its noteworthy milestone.

Over in EastEnders, Sam Mitchell has her eye on Jack Branning once more, and one thing leads to another.

It’s going to be quite the week, that much we can guarantee, and if you’re chomping at the bit to find out all there is to know about the momentous episodes approaching, Metro.co.uk has got you covered.

What are you waiting for? Keep reading.

Leanne visits Harvey in prison, determined to find out why he’s got in touch with her. To her shock, Harvey reveals that Sam has been writing to him, and he asks her to get him to stop. Leanne relays her discover to Nick, who confronts Sam. Sam wants to know why Harvey killed his mum and agrees to stop writing on the condition that he can go and see Harvey for himself!

There’s a big shock in store for Summer, as she discovers that she is pregnant! Chesney finds a positive pregnancy test in a denim jacket Gemma bought from a clothes swap, but is relieved when Gemma reveals it’s not hers. Paul, however, recognises the jacket as Summer’s and subsequently asks her about it. Summer later confides in Paul, revealing that she and Aaron are back together and thus will make a decision about the baby together.

Having found out that Lucy and Bridget have both been charged, Stu masks his anxiety for Eliza’s sake. Alya’s awash with guilt but Dee-Dee assures Alya that she did the right thing. Bridget calls Stu from prison and tells him that she and Lucy have pleaded guilty to murder and she’d like him to take care of Eliza for her. Stu and Yasmeen reel in shock.

Nish is disappointed when Ash and Kheerat fail to show up for a family lunch. Kheerat, meanwhile, reveals to Stacey that his dad killed someone who got too close to Suki. Nish tries to settle himself back into the family businesses but after a run of awkward incidents, he has a confrontation with Kheerat. Alone, Nish collapses on the floor.

Denise talks to Jack about his altercation with Denzel, but as he starts to calm down he gets a call from his boss – he’s been reported for assaulting Denzel and will be investigated! Jack throws accusations about who is responsible, and he’s left surprised when Sam offers him support. Sam, however, leans in for a kiss – and someone is recording it!

Jay and Lola tell Martin they’re back together but ask him to stay quiet, unaware Lexi is growing suspicious.

Kim and Will have it out over the latter’s feelings for Harriet, but Will is insistent that he wants to marry Kim. Kim confronts Harriet, who snaps and grabs her by the throat! The wedding guests, meanwhile, prepare for the ceremony, and Kim soon arrives on horseback – but there is a storm brewing.

Amelia is hopeful as she awaits Noah’s arrival for a romantic picnic, but the storm soon picks up, as she’s blown about. Suddenly, her contractions begin – just as her phone battery dies! Amelia finds shelter in a barn, and she prays for the safety of both she and her baby. The residents, having realised she’s missing, commence searching for her – but will they find her before it’s too late?

Chas is angry at Al, blaming him for her not being there for her mum. And Aaron believes his mother is truly done with Al. Al speaks to Chas and realising it’s over, he states if he can’t have her, he’s leaving town today. But is that truly the end of it? Perhaps not, as Chas and Kerry are both injured by flying debris in the storm, and Al is forced to choose between them.

Eric takes some time away from the school before returning, but when Sally yells at him for neglecting his duties, he retaliates by wrecking the hall, before acquiring a job at The Love Boat.

The radical misogynist watches a group of girls and he subsequently spikes one of their drinks – and it turns out it belongs to Lizzie, who ends up in hospital!

Lizzie is determined to put on a defiant front as she orders the girls rallying around her to all go back to the Love Boat, but when Eric serves up a new batch of drinks for them, could scepticism from Maxine unravel his whole plan?