Home » TV & Movies » Emmerdale spoilers: Leyla Harding and Liam Cavanagh to move in after he and Bernice split?

Emmerdale spoilers: Leyla Harding and Liam Cavanagh to move in after he and Bernice split?

Liam (played by Jonny McPherson) has shared a passionate kiss with Leyla Harding (Roxy Shahidi) and the frisson between the pair has finally sparked. However, not everyone in Emmerdale is happy and Liam’s threatened with being kicked out of Diane’s house. Will that mean he’ll admit he and Bernice are over and move in with Leyla?

Liam has been oblivious to Leyla’s obvious attraction to him, which must have been clear to anyone who watched them in rehearsal for the village pantomime.

While she gazed into his eyes, he was fixated on Bernice, despite her leaving the country to care for her ex-husband in Australia.

She left after she learned Charlie had been in a car accident and it doesn’t appear she will be returning any time soon.

Liam, though, has been in a state of denial and apparently hasn’t come to terms with her departure. 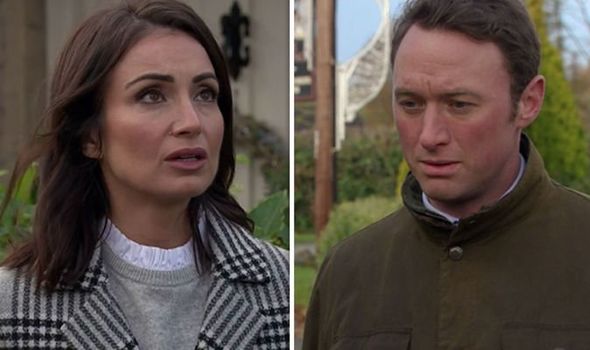 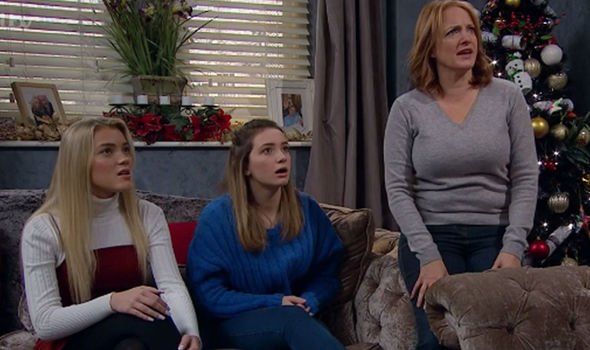 A little confused after his embrace with Leyla, his personal life took an even more confusing turn this evening (3 January).

On the advice of Priya (Fiona Wade) he decided to come clean – but not in the way she meant.

The anxious doctor called Bernice in Australia to tell her that he and Leyla had kissed.

News travels fast, but gossip even faster, with word reaching the village by the time Bernice had worked her way through a bottle of wine.

All that had been heard is that the pair had split and Liam’s daughter Leanna (Mimi Slinger), Bernice’s daughter Gabby (Rosie Bentham), and Nicola (Nicola Wheeler) gathered to offer him sympathy.

Unaware that they didn’t know the truth, he began to discuss the kiss, which turned the entire mood on its head.

The three were furious and demanded he sort the situation out immediately, even if that included flying out to Australia.

There was even a plan to pin all the blame on Leyla and therefore absolve Liam of some of the responsibility. 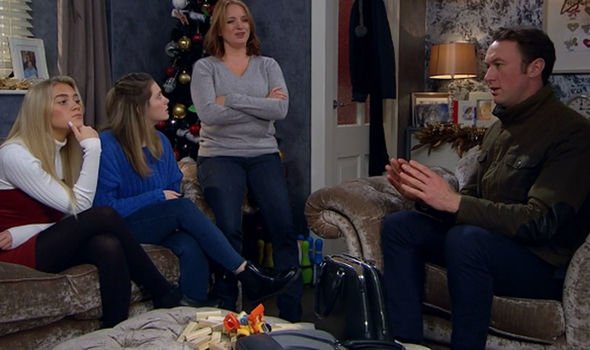 The girls then began to formulate a strategy which would force Liam into decisive action.

Leanna and Gabby decided the best way to bring their respective parents together was to issue Liam with a threat.

Their ultimatum was simple: forget Leyla and fly to Australia to win Bernice back. But, if he didn’t, they would tell Diane and he would be on the streets.

Earlier Liam had run into Leyla, where he admitted he “might be homeless soon”, after Nicola said Diane wouldn’t allow him to stay after the way he treated her daughter.

Leyla had suggested a solution: “You could always move into the B&B.”

It was soon after Leyla decided to be upfront about how she feels, saying: “I’ve got feelings for you. All you have to say is you don’t feel the same and then I’ll back off.”

While Liam was unable to answer, he didn’t say no – might he admit his feelings to Leyla and move in with her after the girls threatened to expose his kiss to Diane?