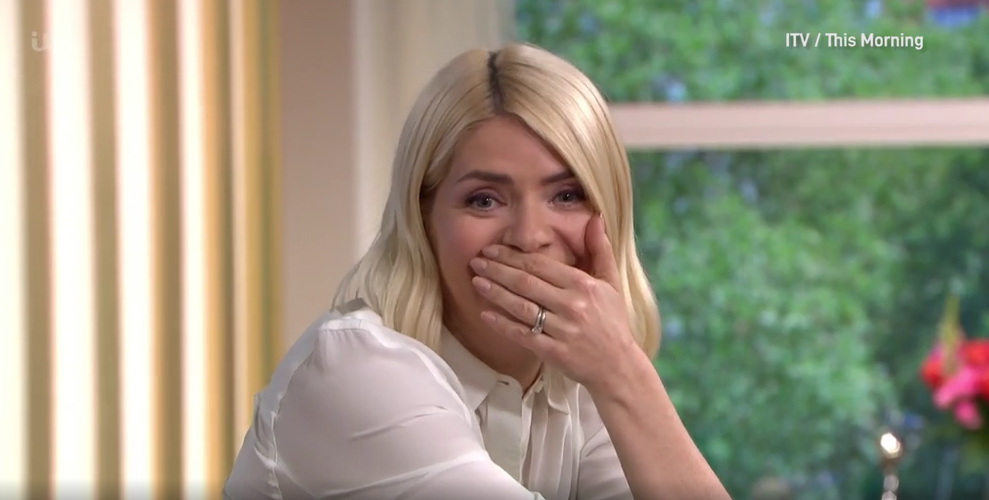 Holly Willoughby had never looked happier as she revealed the first look at her on the Midsomer Murders set after landing a special cameo.

It was announced earlier this year superfan Holly would make an appearance on her favourite show, after stars Neil Dudgeon and Nick Hendrix pair broke the news live on This Morning she had been lined up to star.

Since then we’ve been wondering when she’d step in front of the camera. Now we wonder no more.

Holly was clearly beside herself as she worked a clapperboard from the famous set today, after previously begging bosses of the iconic TV show to kill her ‘by chocolate’.

Having the day off This Morning today, she posted to Instagram: ‘Today is the day… @officialmidsomer 🎥 🎞 … excitement levels off the chart!’

Unfortunately, that was all the intel we were given, with the star dressed in a very Holly Willoughby floral dress that gave little away as to her character’s potential demise.

Appearing on ITV’s This Morning in March, Neil told Holly: ‘We’ve all had a big talk about who we want to appear on Midsomer, and we decided we want Holly Willoughby to appear in an episode of Midsomer Murders very soon.

‘Holly please, I am emboldened here to offer you a role in Midsomer Murders.’

Screaming ‘yes’ immediately, Holly teared up in shock at landing a role in her favourite show.

‘I’ve seen every episode since it started way back when. Are you serious?’ she asked. ‘I mean, you’re going to have to kill me off really quickly as I’m terrible at acting.’

While they were hesitant to give away details on what her role entailed, it was promised that it would be a substantial part in an episode, with Holly either getting killed or being a murderer ‘or something’.

The murder mystery series has become famed by its increasingly barmy ways of killing off the victims – with Martine McCutcheon once being clobbered to death by a wheel of cheese, and another character getting pummelled with wine bottles on his own front lawn.

As the show’s number one fan, Holly already had ideas boiling on how she wants her character to die.