Missandei had been kidnapped when Euron Greyjoy (Pilou Asbæk) and his fleet ambushed the north.

But with neither of them backing down, Cersei had Missandei killed, with viewers watching as Gregor Clegane (Hafþór Júlíus Björnsson) beheaded her, before her body fell from the wall.

The scene took place outside the walls of King’s Landing, with the execution on top above the gate.

This provided a tricky situation as, given the easy view, the risk of the death being spoiled was high.

It was an easy target for photographers trying to get sneaky photos from outside the set, as has happened before.

The creators had a way to get around potential leaks though, turning to CGI to add Missandei onto the wall. 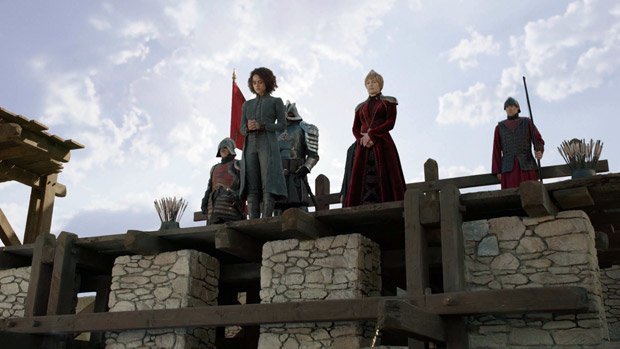 “We wouldn’t want to give away that Missandei is executed”

In a behind-the-scenes clip, visual effects supervisor Stefan Fangmeier said: “The set was incredibly visible from the surrounding area, and the big concern for this season more than ever was the secrecy of the plot.

“We wouldn’t want to give away that Missandei is executed. Having her stand up there 40 feet high, there was no way to hide that.

“So later on we were adding her in there oftentimes as a digi-double, but for the close-up work we shot her separately on stage to composite her on that location, so we could put it together and it’s seamless.”

The episode saw another death, though this time it was another of Dany’s dragons – Rhaegal. 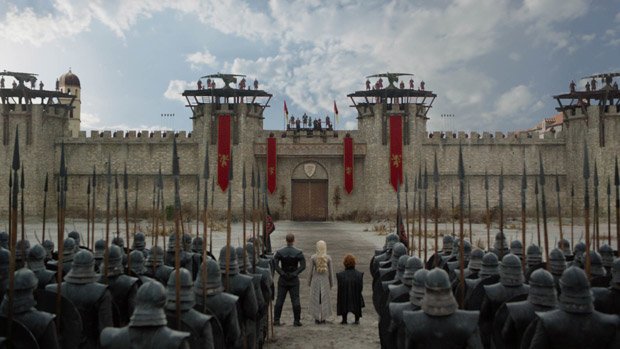 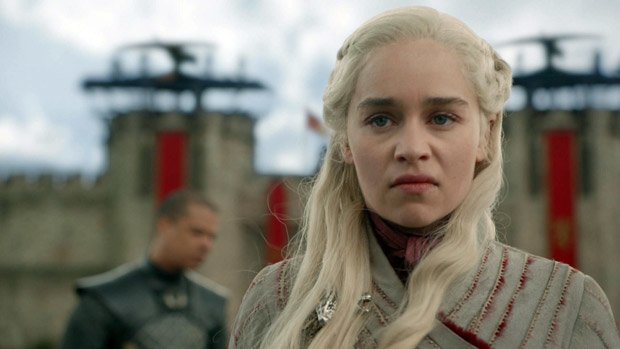 The poor beast was slaughtered by Greyjoy’s ships who shot at it with huge arrows, sending it to its watery death.

Now with only one dragon on her side, have Dany’s chances at sitting on the Iron Throne been lost?