Home » TV & Movies » How the Geordie Shore girls have shrunk their minuscule waists with £50k surgery, lipo and crazy diets

How the Geordie Shore girls have shrunk their minuscule waists with £50k surgery, lipo and crazy diets

THEY'RE known for their flawless make-up, plumped up lips and love of botox and fillers.

But over the last few months, the Geordie Shore girls have started showing off another trademark look – their teeny, tiny waists. 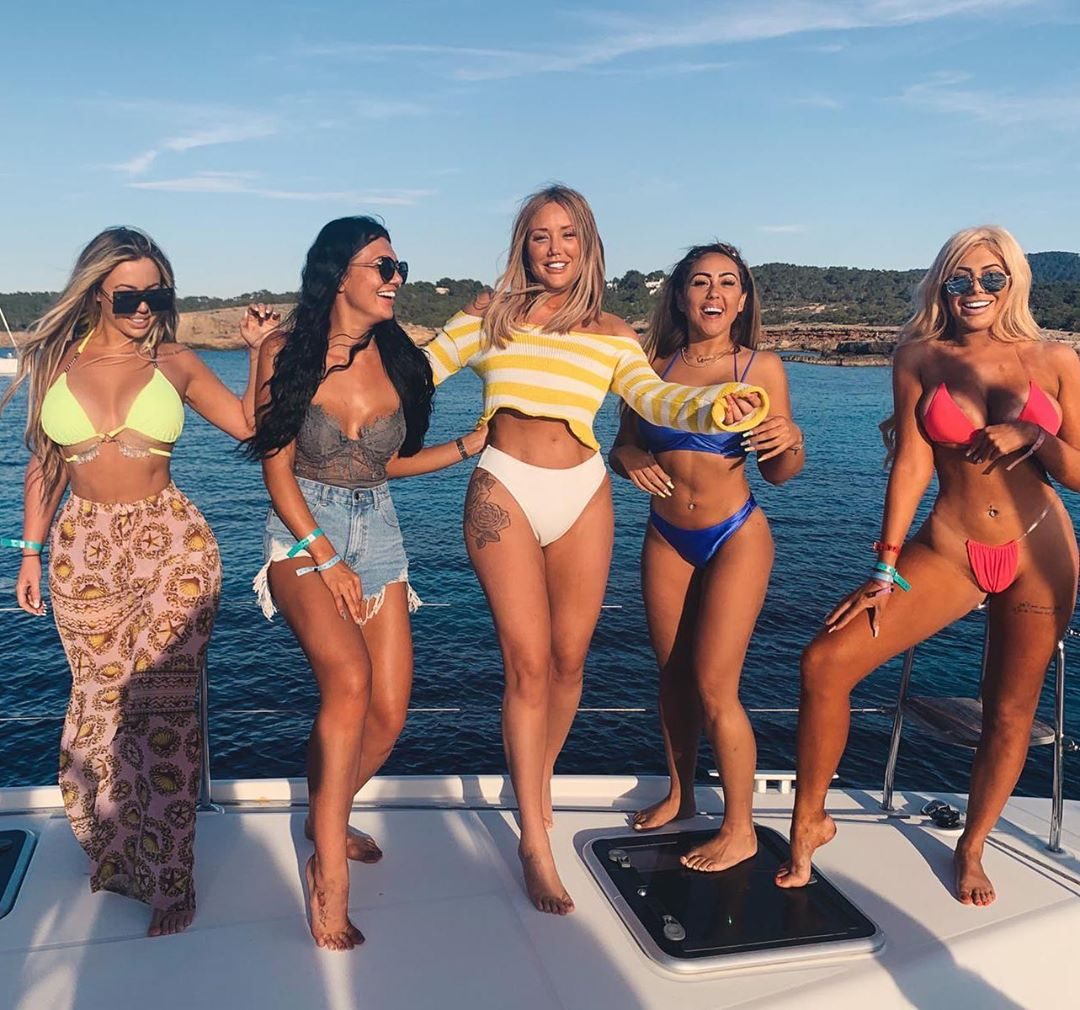 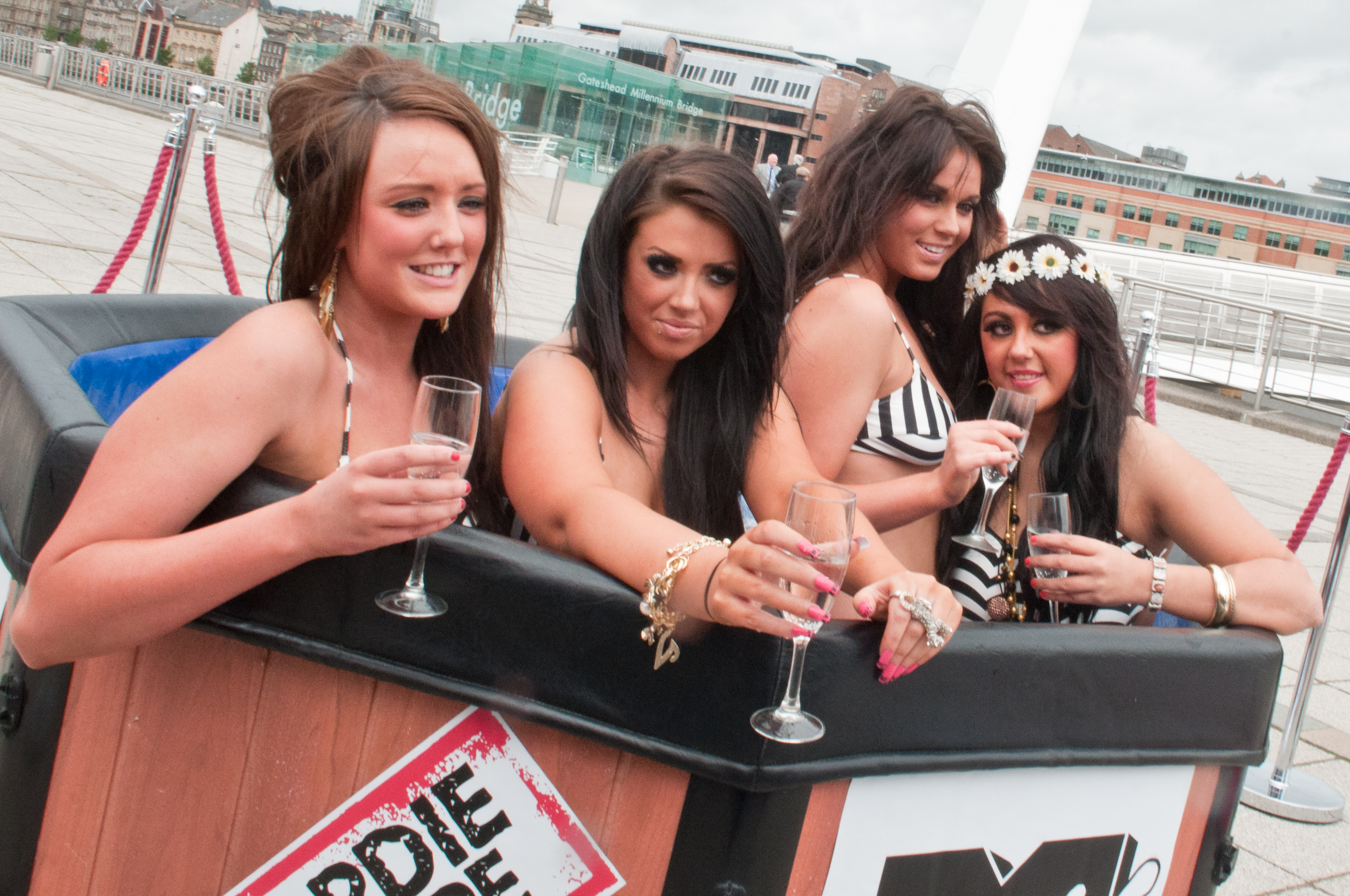 Charlotte Crosby, Holly Hagan, Chloe Ferry and Sophie Kasaei have all seen hugely dramatic changes to their waistlines since the show began in 2011.

Just this week, Chloe Ferry shocked fans with her "twig-like" body as she posed in a black bodysuit.

The girls, who used to look like any girl next door, now all have Jessica Rabbit style figures with clinched in waists and curvy hips.

But just how did they do it?

Holly Hagan has completely transformed her figure since she first appeared on Geordie Shore in 2011.

After two years on the show, the 26-year-old slimmed down from a size 16 to a size 10, but has since gone to extreme measures to achieve her aesthetic goals. 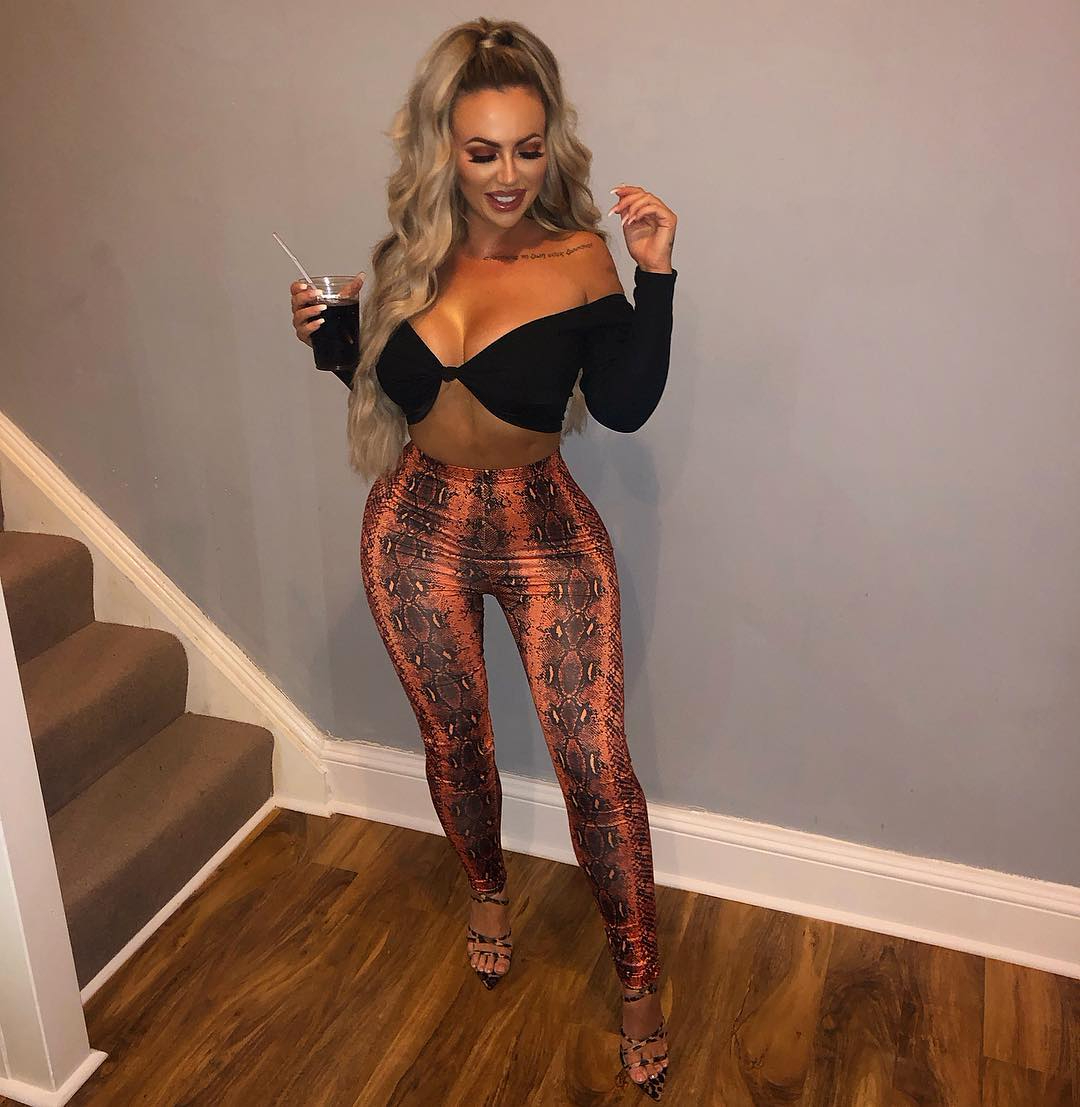 “But it can also be attained by waist training and wearing corsets. Liposuction and fat transfer can be used to remove fat from the stomach, love handles and flanks and added to the hips.

“The skin is then smoothed by using a high intensity ultrasound to give a smooth finish with tight skin.

"But she has clearly been working out too – nothing will give you abs like this unless you put the time in."

While the starlet hasn't revealed all the secrets to attaining her waistline, she has been spotted on Instagram using non-surgical liposuction belts that shrink fat cells and tone muscles.

And she hailed lowering her carbohydrate intake as the ultimate slimmer – and admitted to lowering her diet to just 800 calories a day – 1,200 less than the NHS recommend – while dieting.

Holly also promoted a slimming aid labelled a 'gastric band in a glass', which helped her drop four dress sizes in just a matter of months. 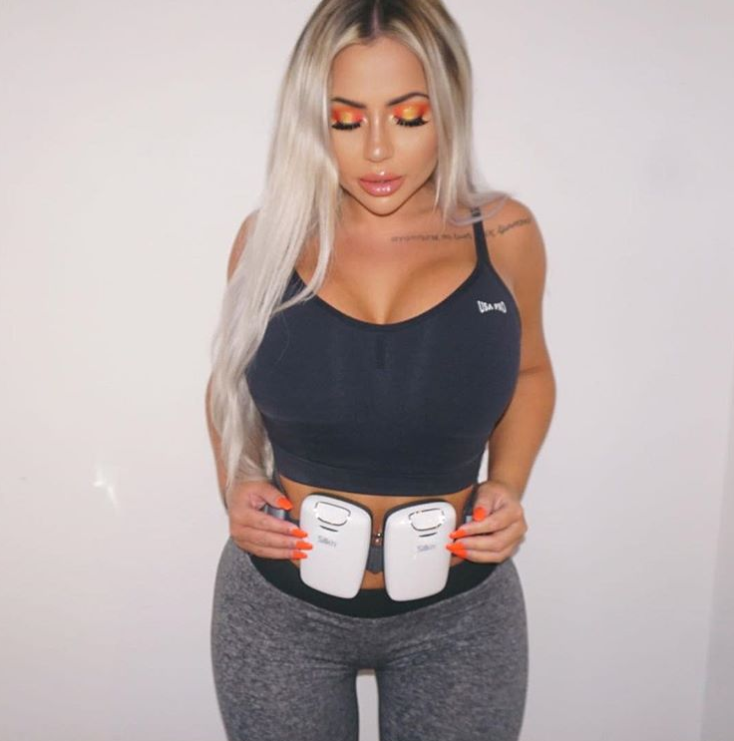 £50k of surgery and skin tightening

Chloe Ferry’s fans recently begged her to stop having surgery after slamming her “twig-like” figure on Instagram.

The Geordie Shore star, 23, showed off her hourglass frame in a skin tight black bodysuit after confessing to spending over £50,000 on surgery to make her stomach look more muscular by placing a 'line' down the middle of her belly.

Just like Holly, Dr Ejikeme believes she achieved her cinched in waist by waist training.

Chloe is also regularly seen posing with Boom Bod weight loss products, which she claims slims down her stomach.

And she explained that using a carb blocker and hunger suppressant pills while cutting out all junk food on a drastic diet also helped shrink her waistline. 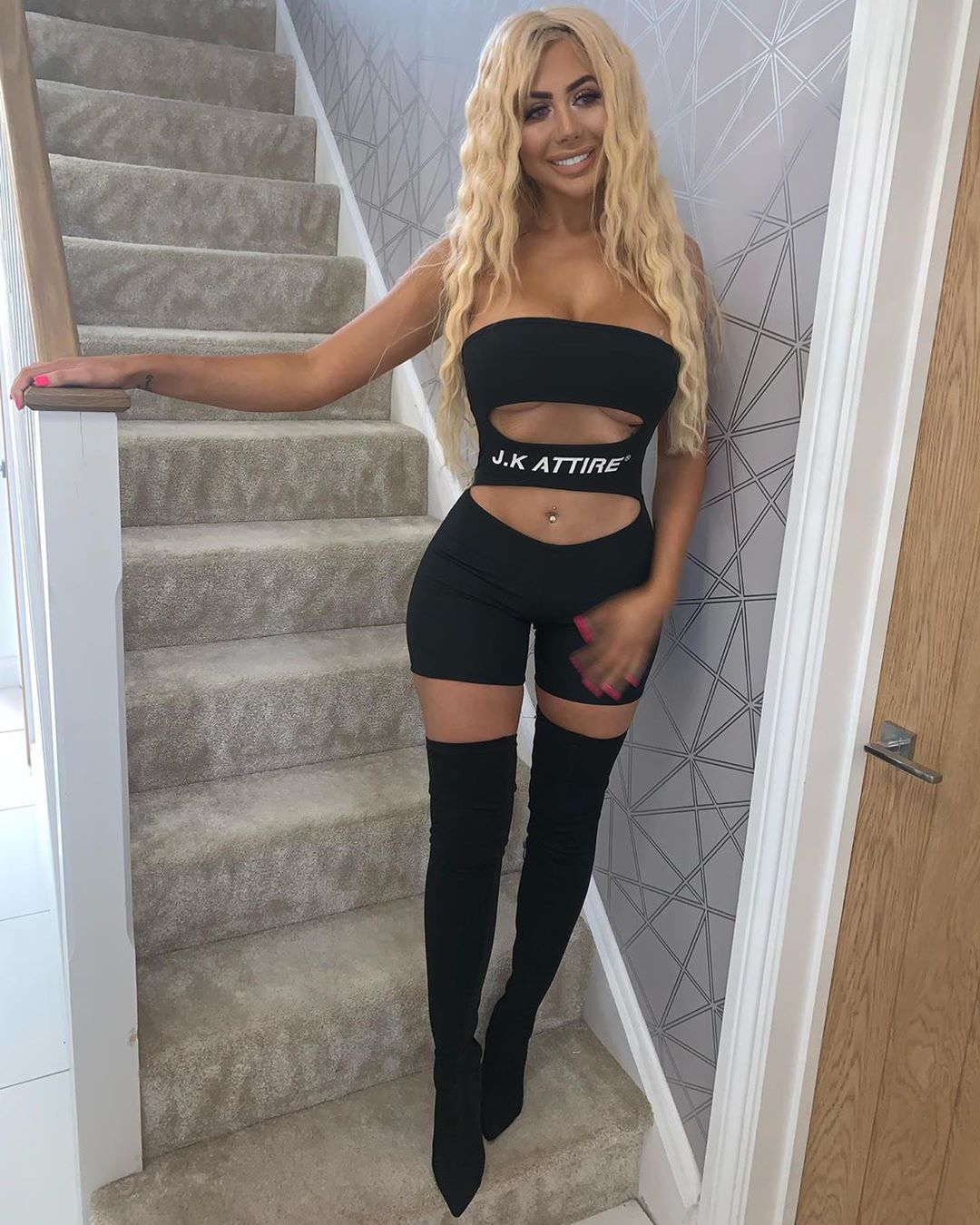 Charlotte Crosby lost two and a half stone and dropped four dress sizes and is now a size 8.

“Whilst it can look dramatic, a transformation like Charlotte's can be achieved with diet and exercise.

“After weight loss there can sometimes be a small pocket of fat under the belly button left behind, but this can be removed by fat dissolving injections – though Charlotte hasn't had them." 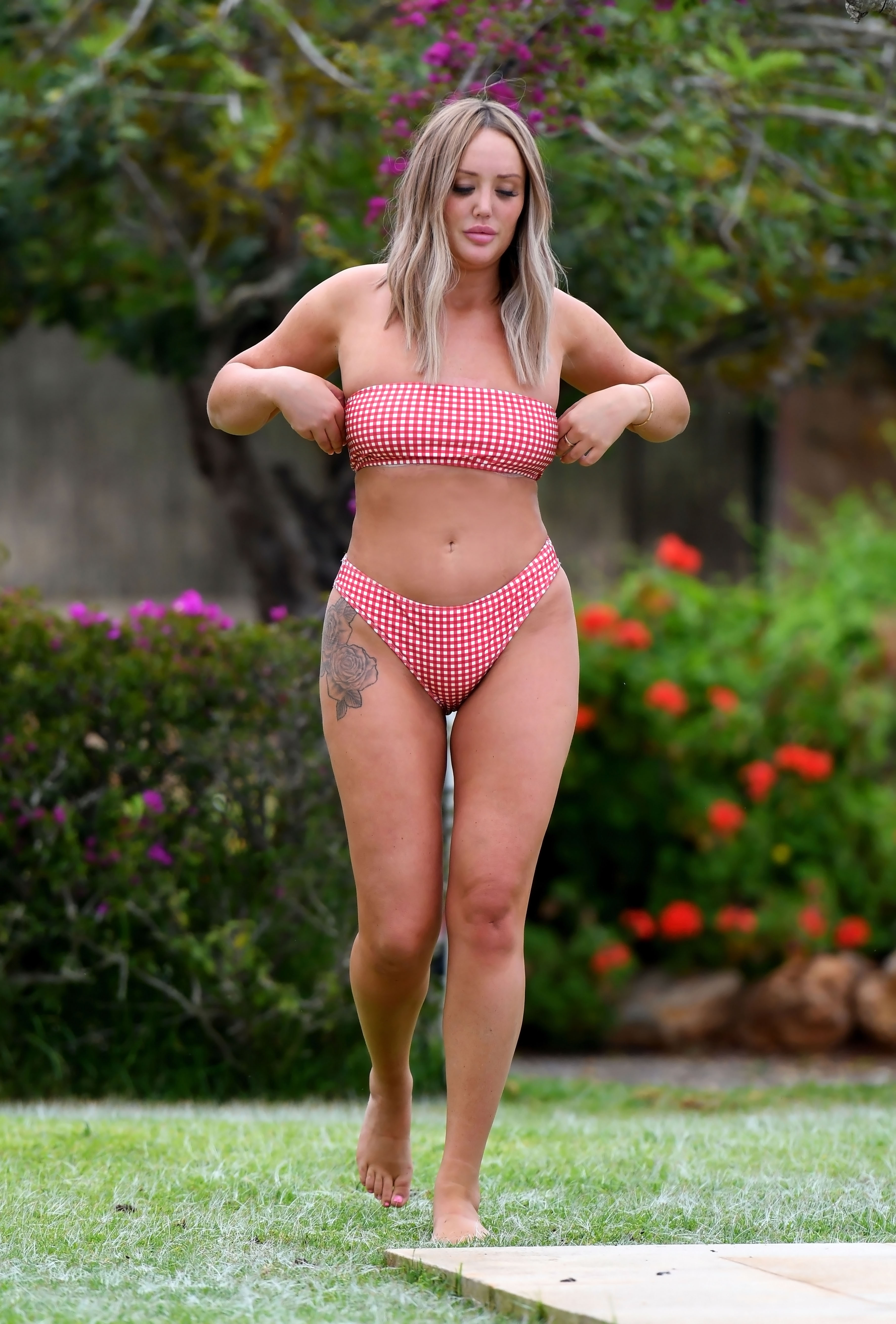 Charlotte, who has recently released two fitness DVDs, thanked gruelling workouts as being behind her slim waist, as well as cutting down on junk food and alcohol.

Lost 7 inches with a waist trainer

Sophie Kasaei underwent an image overhaul after being axed from Geordie Shore in 2013.

The 29-year-old slimmed down from 10st 9lbs, dropped four dress sizes, going from a 16 to an eight, and lost seven inches from her hips alone.

She claims to have used a 'Fat Buster Plan' which consists of healthy eating and diet supplements to more than 10lbs in 10 days, going on to shift a total of two stone.

Dr Ejikeme believes she may have had a small tummy sculpting treatment to tighten the skin and get results on her tiny waist even faster.

She said: “Her transformation is down to diet and fitness but she may have had help from a tummy sculpting treatment.

I’ve been feeling a bit down about myself recently. Being picked apart constantly is so hard, but I love looking at pictures like this one ☝?It reminds me how far I have come with my weight loss! I used my SZK products from my range @szknutrition to help me on my weight loss journey. Check out my website (link is in the bio) to start your journey today! It’s not an easy thing losing weight but my products and diet plans will help make it as easy as possible! #transformationtuesday #weightlosstransformation #weightlossjourney #weightloss #weightlosshelp #diet #dietplan #healthyfood #healthydiet 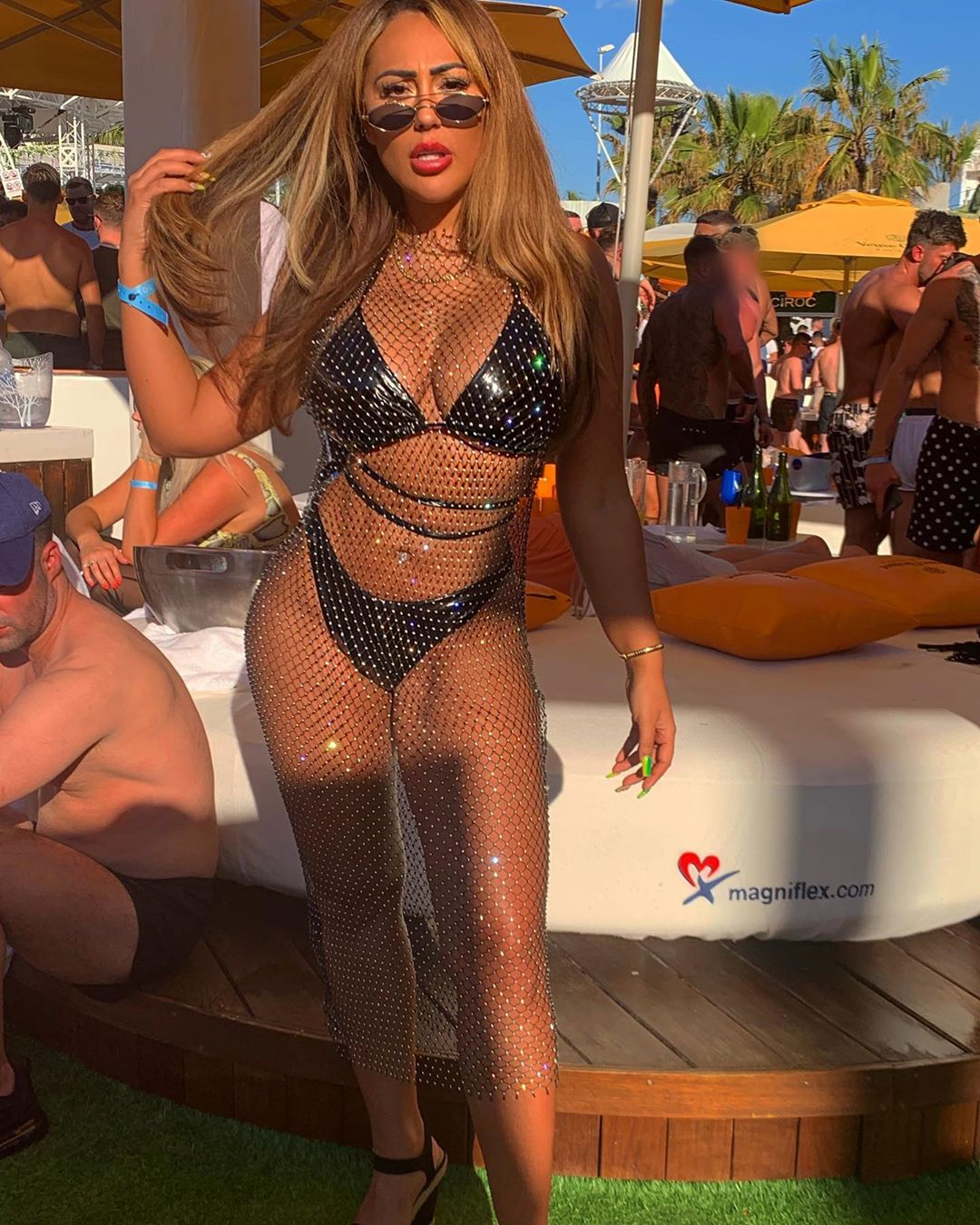 The star has also been spotted using a waist trainer to keep her mid tucked in tight – telling Instagram fans that she wore the corset for 30 days in order to see results.