Following the immersive experiences of the likes of Back to the Future, Blade Runner and The Empire Strikes Back, Secret Cinema have now tried their hand at James Bond – and boy does it pay off. Secret Cinema Presents Casino Royale begins before you even arrive, logging onto a special “MI6 portal” to obtain your alias for the evening. Express.co.uk’s was Jackson Booth, a Venture Capitalist, who takes part in MI6’s Operation WILDCARD at the Casino Royale. On the night itself, we headed to a secret London location kitted out in classic 007 black tie.

But before entering the Secret Cinema Presents Casino Royale, our phones were locked into special pouches and then handed back to us.

Not only was this going to be a Bond experience, but one of life before the iPhone – how refreshingly sociable!

Entering the experience was like entering a Bond movie, with familiar sights and locations from Casino Royale being aided by sounds and even smells.

Vodka Martini in hand, we set off on our mission just after 6pm, exploring the place and trying to work out who were other punters and who were the frankly outstanding character actors – some were even convincing lookalikes of their onscreen counterparts. 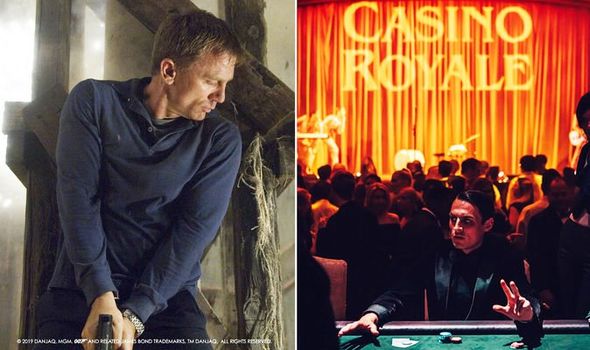 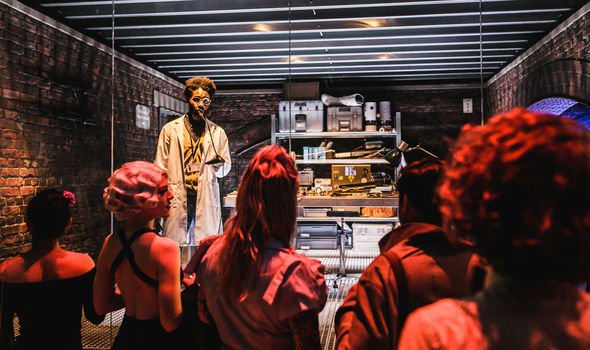 At one point we entered a dingy poker game, with characters so realistic it was actually quite intimating in the best way possible.

To make the most of what actually felt like spy Westworld, playing your own character is paramount and can actually be to your advantage if you ask the right questions.

This proved the case when interacting with a staff member at Q branch, who told us off for losing our money at poker when we should have been focused on the mission at hand – how very Bond.

Of course, later on, we were treated to the film itself in a very comfortable VIP section at the back of the audience with drink service, just as 007 would like it.

DANIEL CRAIG BACK TO FILMING BOND 25 THIS WEEK 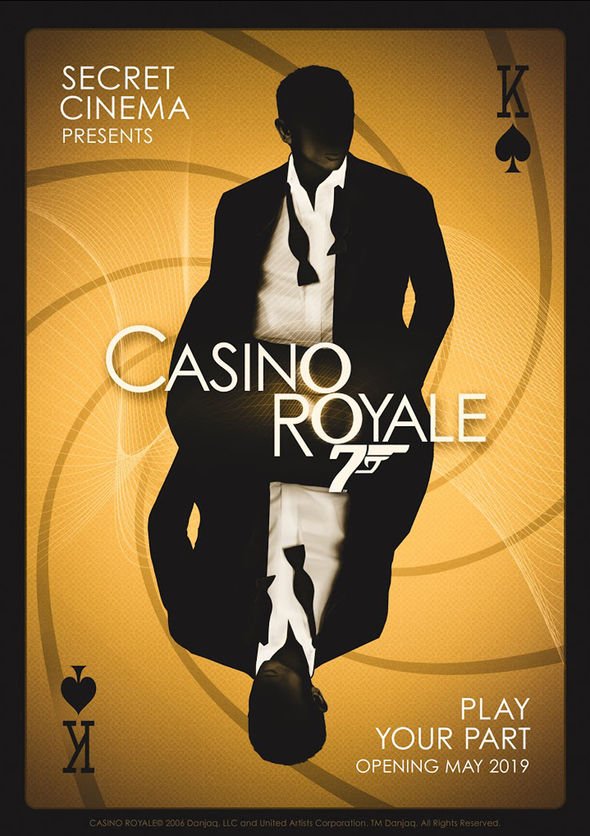 But it’s not just another rewatch of Daniel Craig’s Casino Royale.

There’s all kinds of action and mirroring of what’s going on in the film throughout, not to mention a ton of surprises before it even starts.

Just make sure you arrive early enough to make the most of the experience before the film begins so you can complete your mission. If anything we can’t wait to go again!

Secret Cinema Presents Casino Royale is on until September 22 and are tickets available here.