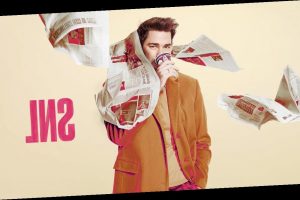 Saturday Night Live closed out 2020 with a festive and fun Christmas episode hosted by veteran cast member and Wonder Woman 1984 co-star Kristen Wiig. It was the last SNL before the Presidential Inauguration gave us renewed hope for a year that wouldn’t be quite so full of nightmarish days.

With the first SNL of 2021, you can feel that rejuvenation with first-time host John Krasinski taking the stage. Maybe it’s because there’s barely a mention of the former President of the United States, but this episode was full of energy, and even the bad sketches were full of life, despite not floundering on the comedy side of things.

The Loser – It’s about time Andrew Dismukes got a chance to shine. Even though this is mostly John Krasinski’s sketch, as the brother he’s trying to defend, Dismukes has some really funny interludes while embarrassing monologue continues. This sketch had me rolling. The endless list of weird flaws, especially the extended description of what’s wrong with the little brother’s genitals, is pure gold. I wish the last joke packed a little stronger of a punch, but there’s no denying this was the best of the night.

Twins – At first, I was a little worried that there was going to be another sketch addressing the Reddit stock market situation after it was already covered about as well as it needed to be in the cold open. Thankfully, this turned into something much better, using the now common scenario of cable news interviews unfolding from the home’s of various anchors, analysts, and experts. Kate McKinnon and Mikey Day are equally terrifying and funny as these unnerving twins, and the escalating fear from Beck Bennett combined with Cecily Strong’s nonchalant dismissing of him only makes it better.

Subway Pitch – Whenever Beck Bennett puts on a little bit of a tough guy accent from New York or Chicago, I know that I’m probably going to love a sketch. Throw in John Krasinski doing the same thing, and I’m fully on board. The fact that the sketch is about advertising for Sunday only makes the proceedings even funnier. The childish escalation and confrontation with the young, new advertising pitch is expected, but that doesn’t make it any less funny.