At first, Lucie Donlan seemed set on making Joe Garratt her man, even sharing a kiss with her fellow Love Island contestant.

But the surfer/model, 21, now seems torn between whether to sidle up to Joe or pro boxer Tommy Fury.

Initially, she coupled up with Joe, citing his curly hair as a big attraction. The pair even shared a kiss.

Then Tommy entered the villa as a latecomer and threw a spanner in the works, opting to ‘steal’ the blonde bombshell. 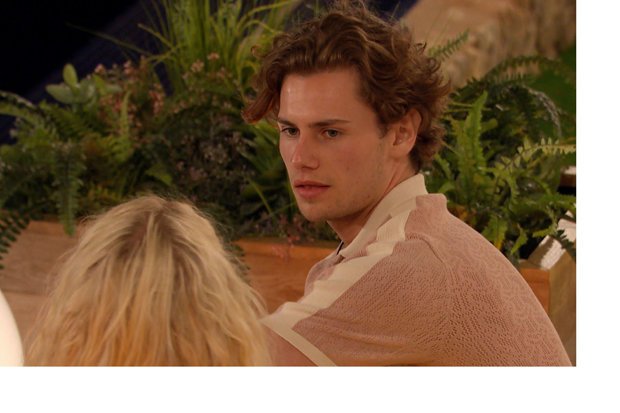 Now, she doesn’t know where to focus her amorous energy.

And in Thursday’s episode, viewers thought she was sending a hidden message about her inner turmoil with her bizarre approach to eating fruit.

Relaxing on one of the sofas, Lucie started eating a banana. But before she’d finished, she bit into an apple and ended up eating the two siultaneously. 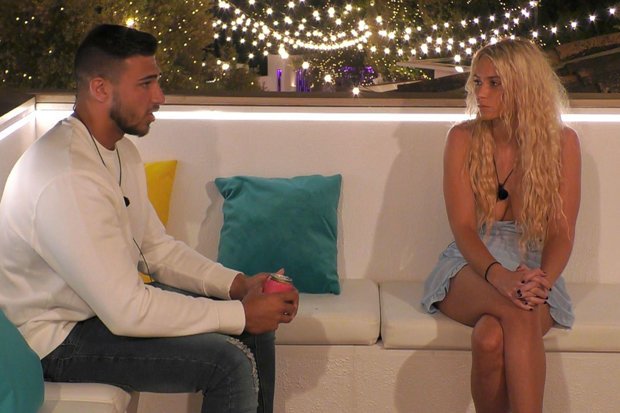 Viewers were left convinced it was a metaphor for her quandary. Tommy’s the banana and Joe’s the apple. She can’t decide, so she’ll have both!

It was captured perfectly in a meme on Twitter. 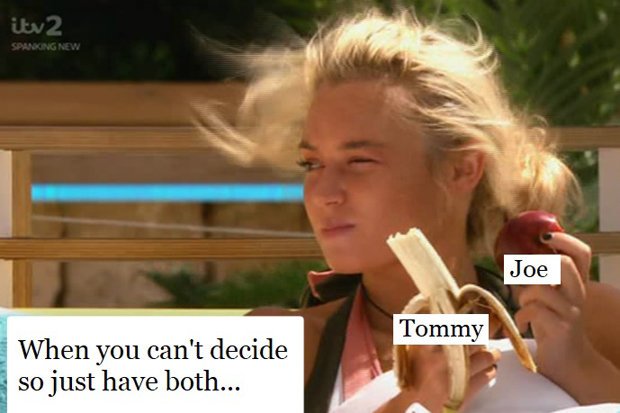 To make matters even more complicated, the love triangle appears to have been made into a square, with Amber Gill joining the mix as Joe’s new love interest.

Amber is currently coupled up with Welshman Callum Macleod, but the pair have failed to find a spark.

It remains to be seen whether Joe will continue to pursue Lucie or opt to turn his attention to the straight talking Geordie.