Luke hospitalised in Hollyoaks as his dementia gets worse 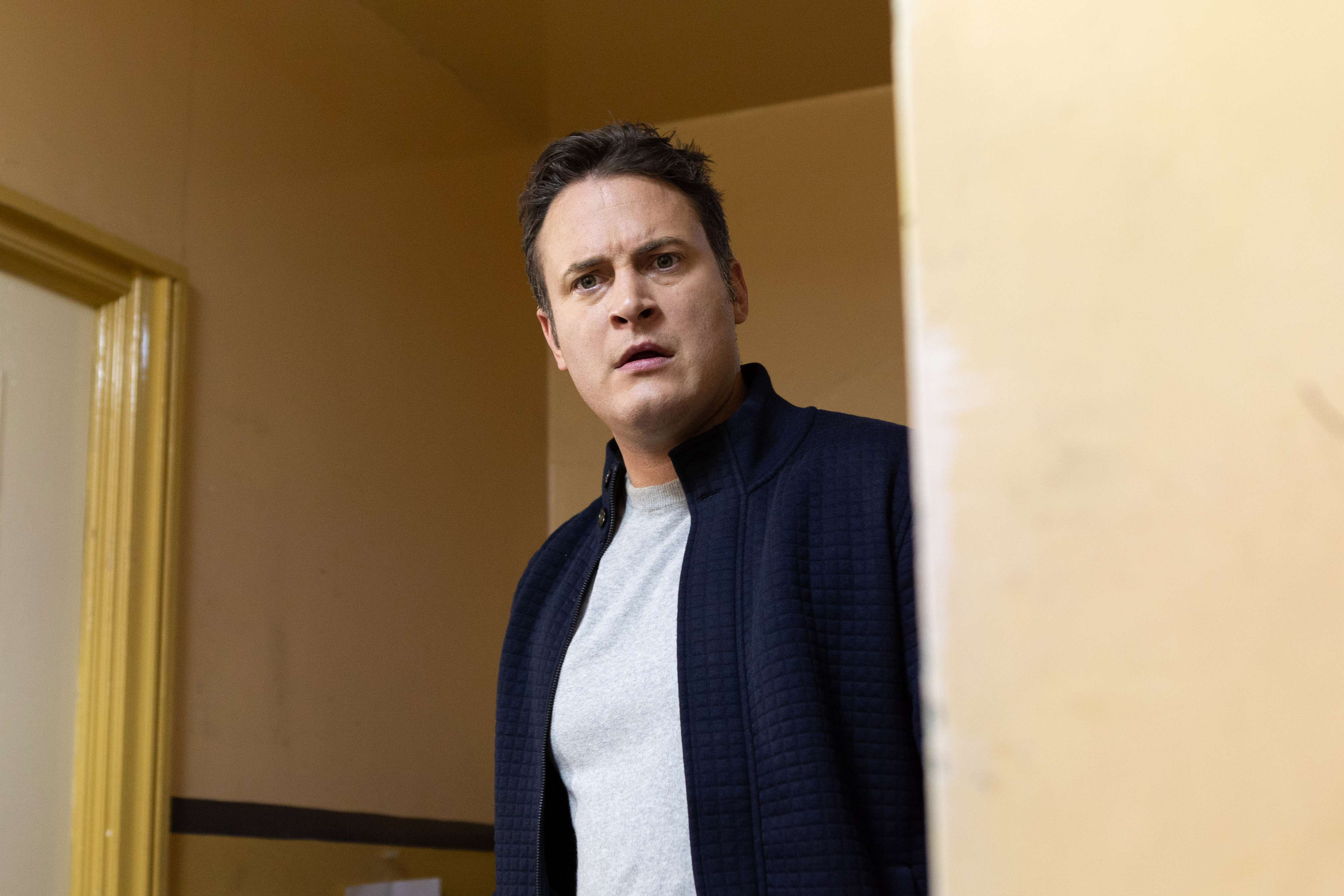 Luke Morgan (Gary Lucy) ends up in hospital with mild hypothermia in Hollyoaks, after he spends the night in the cold.

The soap mainstay takes it upon himself to track down missing pal Darren Osborne (Ashley Taylor Dawson) in upcoming scenes.

Darren, as viewers know, was kidnapped by mysterious captors earlier this month. Nancy (Jessica Fox) reckons he walked out on her in the wake of her pregnancy announcement.

Luke, however, speculated that his friend had left Nancy for another woman, but he changes his mind on Friday (November 26), when he receives a bag of Darren’s belongings, and finds his lucky shirt in there.

As a result, he becomes hellbent on finding Darren. But his family fear his Frontotemporal dementia is fuelling his obsession and search.

Luke was diagnosed with Frontotemporal dementia two years ago, and recent scenes have seen him act impulsively and show zero signs of remorse for his actions, which is a symptom of the condition.

But it appears as if he might be on to something in the hunt for Darren, as he tracks his location on an app, and – after overhearing Sienna Blake (Anna Passey) and Ste Hay (Kieron Richardson) discussing their first big cleaning job at the very same hotel – he decides to go with them!

Will they locate missing Darren? That remains to her seen, but subsequent scenes will see concerns for Luke’s health grow significantly, after he unintentionally upsets both Nancy and Cindy Cunningham (Stephanie Waring).

Afterwards, he breaks down in the village, confused about why he’s upsetting the people he loves.

He ends up spending the night in the cold, and is later hospitalised with mild hypothermia, leaving Cindy concerned that it might not be the illness itself that kills him, but his impulsive decisions.

One to watch: Wednesday December 1 at 7pm on E4.