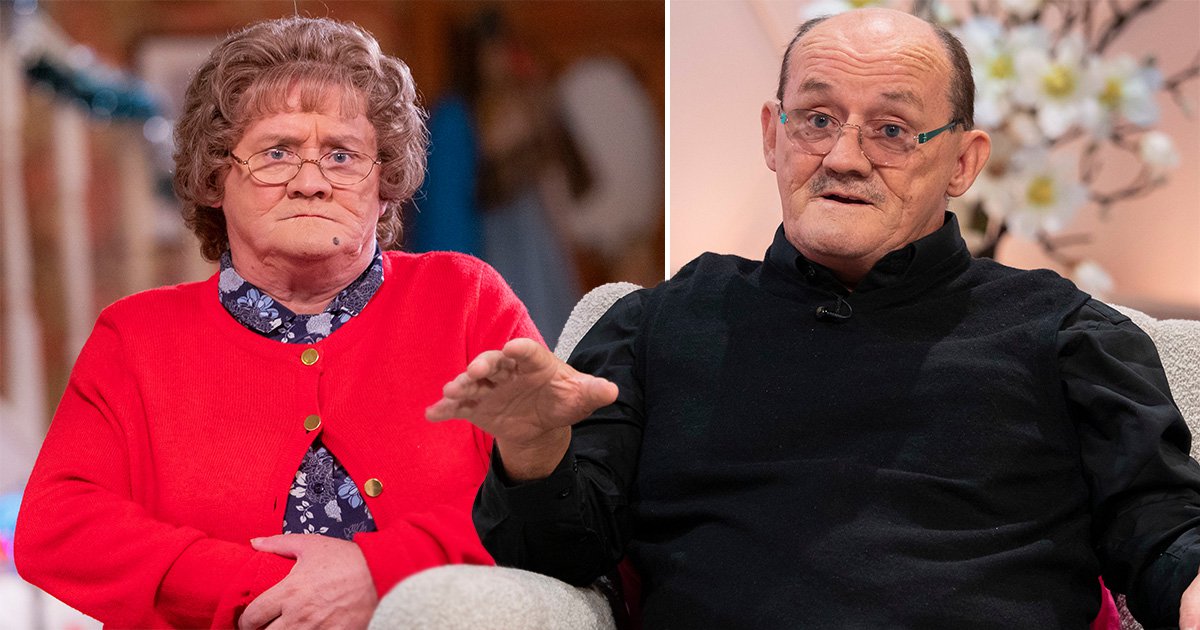 Mrs Brown’s Boys star Brendan O’Carroll has admitted he won’t listen to the show’s ‘woke’ critics, and doesn’t even think about them when it comes to creating the sitcom.

Brendan plays Irish mammy Agnes Brown, and has hit our screens for several specials over recent years, after the last full season aired in 2013.

However, despite the BBC previously saying it will keep airing the show until 2026, recent specials have been dubbed ‘worse than testing positive for Omicron’ with lower than ever audience ratings.

This comes after Brendan was slammed during a The One Show segment for making a ‘racist’ comment about A Madea Homecoming star Tyler Perry.

Elsewhere, viewers have been calling for the show to be ‘cancelled’, accusing it of being ‘transphobic’.

But, the ‘woke’ critics aren’t holding Brendan back.

‘I don’t think about them, I write the show I write,’ Brendan shared.

‘I don’t ever think of myself as being a man playing a woman, when Mrs Brown goes out on that stage she is a woman.’

Speaking about accusations of cultural appropriation, he added to The Sun: ‘Where do you draw the line? Is it okay for Leonardo DiCaprio to play a carpenter or do we get a carpenter?

‘Shouldn’t we get the best person for the job?’

It was recently confirmed that Mrs Brown’s Boys will be marking its 10-year anniversary with a mini-series, coming to our screens next year.

Brendan’s daughter Fiona O’Carroll, who plays Maria Brown, revealed: ‘In October we’ll be filming Mrs Brown: two Christmas specials and the first of a mini-series of four episodes, the other three early next year.’

She added to RTE: ‘We’ve the live show in November at the SSE Arena in Belfast and 3Arena in Dublin. And we’re planning more theatre dates for next year.’

Mrs Brown’s Boys is available to watch on BBCiPlayer.