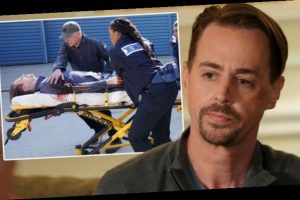 NCIS: Bishop and Torres trapped in cells in episode promo

McGee (played by Sean Murray) found himself on the receiving end of two of Gibbs’ (Mark Harmon) sniper bullets in NCIS season 18, episode five. With McGee under the impression he was on his way to save Ellie Bishop (Emily Wickersham), it turned out he was heading into a trap and certain death – and Gibbs pulled out all the stops to prevent him doing so. But after being rushed to the hospital, fans are desperate to know if McGee will survive – and it looks like they’re in for some good news.

Despite being wounded with two bullets in his arm and leg from Gibbs’ sniper rifle, McGee will be on the mend in the next episode, 1mm.

While it may be tricky for him to understand why Gibbs took such brutal action, Murray’s character looks relatively happy and healthy in a series of first-looks snaps from the next episode.

After all, Gibbs effectively saved his life as the plane McGee was making a beeline for in episode five was rigged to explode and Bishop wasn’t even inside.

Fans last saw McGee being wheeled away on a stretcher which left his fate up in the air and CBS viewers fearing the worst. 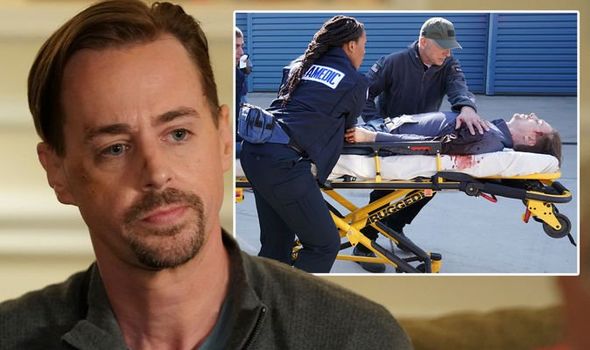 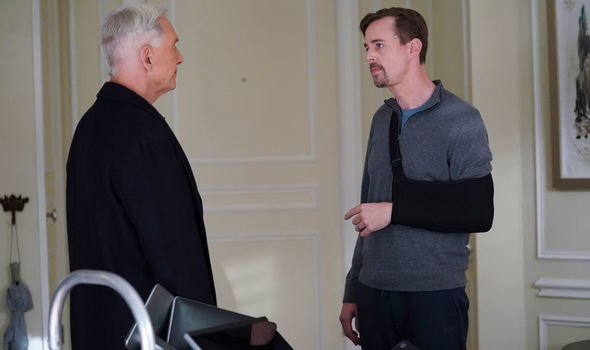 Taking to social media after the shooting, one fan vented on Twitter: “I’m hurt. I want McGee to wake up and be alive I don’t want him to die. I hope McGee will be ok.”

“McGee better not die or I’m done for the second time I came back for Ziva (Cote de Pablo) but stayed for McGee,” weighed in a second.

But their fears will be calmed in 1mm – and it looks like Gibbs is going to be one of the first people who sits him down for a chat. 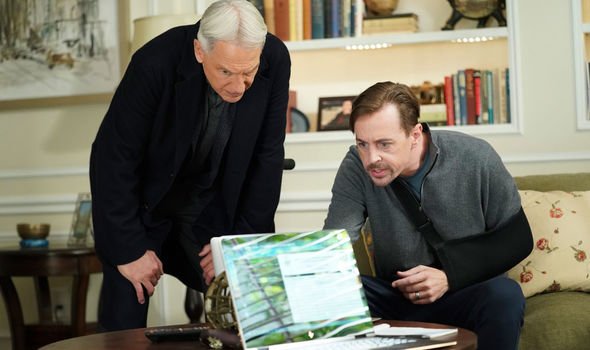 In one of the photos from the next episode, fans see Gibbs arrive at McGee’s home, although he’s understandably not jumping for joy to see his boss.

However, a second image looks like Gibbs has managed to win McGee over, as the two look like they’re getting to work on a new case.

One snap shows Gibbs and McGee examining a laptop screen in the latter’s home – presumably going over case notes.

But arguably the biggest clue yet that McGee is on the mend is a final image which shows him back at the office. 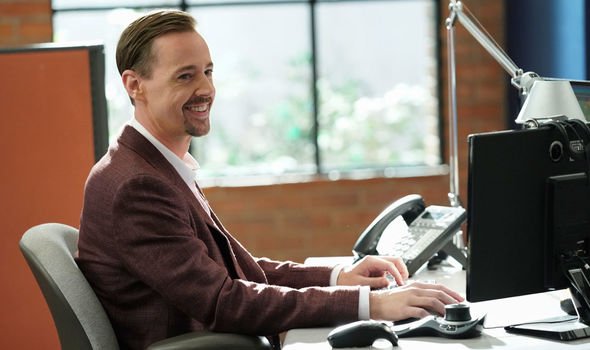 With a smile on his face and donning a brown suit, McGee looks like he’s returned to work.

However, as CBS viewers will know all too well, the series is no stranger to a time jump.

But fingers crossed 1mm won’t follow this format and fans do indeed get to see a happy McGee back at work.

The drama between McGee and Gibbs isn’t the biggest talking point from the next instalment, however, as the trailer shows Torres (Wilmer Valderrama) and Bishop in serious danger.

Torres and Bishop head to a home to investigate but soon find themselves in an action-packed shootout.

And as they try to escape, the two end up inadvertently trapped and locked up in the basement.

But who is the mystery figure keeping Torres and Bishop captive?

Fans will have to tune into episode 1mm to find out for sure.