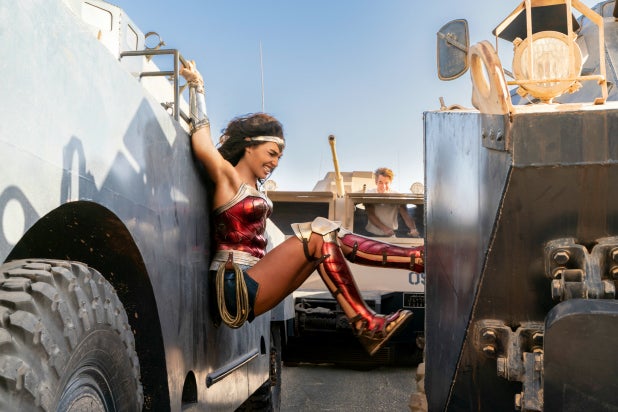 By her own admission, “Wonder Woman” 1984 director Patty Jenkins resisted a COVID-19-mandated move from theaters to a day and date digital release on HBO Max until it was obvious they had no other choice aside from even longer delays. So it won’t come as a surprise to learn that she’s apparently not interested in returning for a third installment unless it definitely played theaters first.

Jenkins said as much in a wide-ranging New York Times interview. NYT’s Kyle Buchanan asked if she plans to direct “Wonder Woman” 3, prompting this response:

“We’ll see what happens. I really don’t know. I know that I’d love to do the third one if the circumstances were right and there was still a theatrical model possible. I don’t know that I would if there wasn’t.”

What’s interesting about that is Jenkins seems to also suggest she isn’t even locked down to direct the third installment. Obviously these things are complicated, but we won’t lie that is weird. James Gunn, just to pull a name out of our hat, had an option included in his initial “Guardians of the Galaxy” contract with Marvel to direct the sequel if Disney wanted it. That happened of course, and then a month before “Guardians of the Galaxy Vol. 2” came out the company announced he would also direct “Vol. 3.”

Like Gunn did for Marvel, Jenkins also directed a surprise hit that greatly expanded the potential audience for Warner Bros.’ slate of superhero films. But it seems WB does things a little bit differently; Jenkins told NYT real discussions about her coming back for a “Wonder Woman” sequel didn’t even begin until it was released.

“As soon as ‘Wonder Woman’ came out and it was successful, we started to talk about it, and then the contract negotiations were very rough and they took a long time,” she said. “But if not me after making “Wonder Woman,” who should be getting equal pay? I wanted to get paid at least as much as people who have done less well with their first superhero movies.”

Perhaps they’re waiting to see how “Wonder Woman 1984” does with its hybrid HBO Max/theatrical release before making a decision. Which, ok sure, do you guys.

On the bright side, at least Jenkins is getting paid well: During the interview she also confirmed those rumors about her $8-$10 million payday for “Wonder Woman: 1984.”