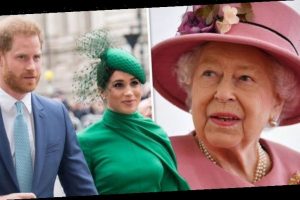 Prince Harry and Meghan Markle have agreed to their first interview since stepping down as senior members of the royal family. The couple will open up to close friend Oprah Winfrey, who was a guest at the royal wedding in 2018, in an interview which is set to take place on March 8. There are concerns about what the Duke and Duchess will talk about but ITV News Royal Editor Chris Ship insisted Prince Harry will be careful not to embarrass the Queen as he still maintains a close relationship with her.

Speaking on Good Morning Britain, Chris began: “I think what you can expect from the interview is something pretty extraordinary.

“Look Harry and Meghan have got to choose really, they haven’t recorded this yet because of our announcement yesterday it’s all been brought forward.

“They’ve got a couple of paths they can go down. They can either choose the path of ‘We weren’t that happy in the UK, our mental health suffered, it wasn’t working out, we had to have a clean break and go to America.’

“Or they can choose another path and they can talk about how they felt within the Royal Family.”

Read more: Queen in ‘sorrow’ amid Harry and Meghan baby announcement over Archie 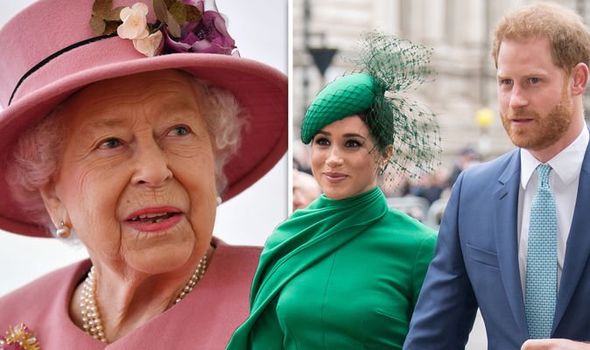 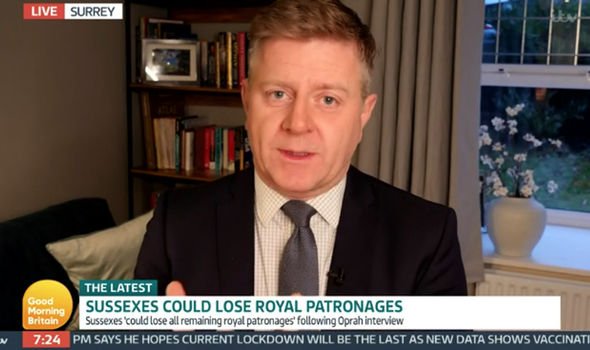 “Did they feel Meghan was welcomed? Was Meghan as some have claimed subject to any element of racism in the UK?” Chris continued.

“All of those things, you don’t need me to tell you this, has the potential to be pretty extraordinary perhaps explosive.

“The one thing I will say and you have been talking this morning about Harry’s titles and the rest of it.

“I don’t think he’s going to do anything that will severely embarrass the Queen.” 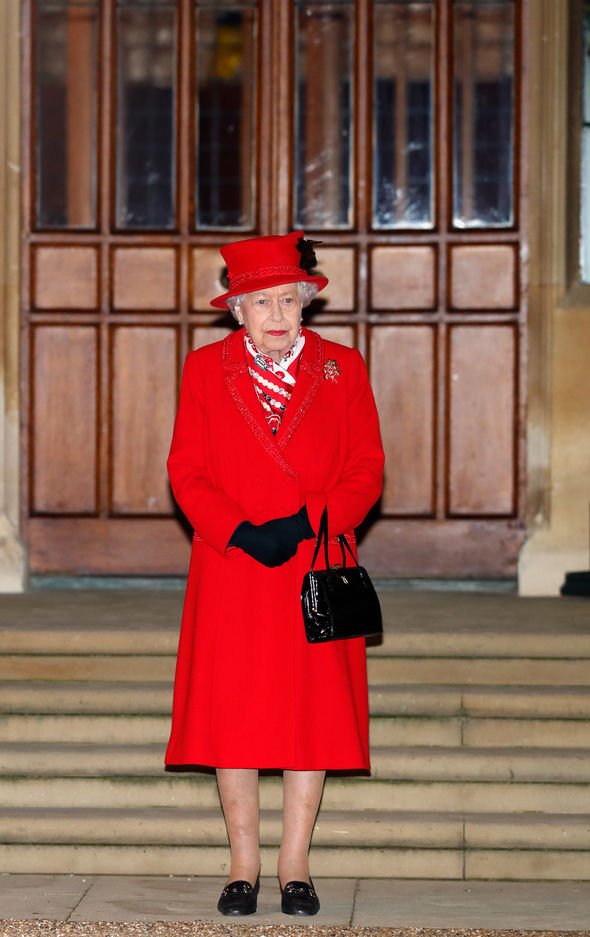 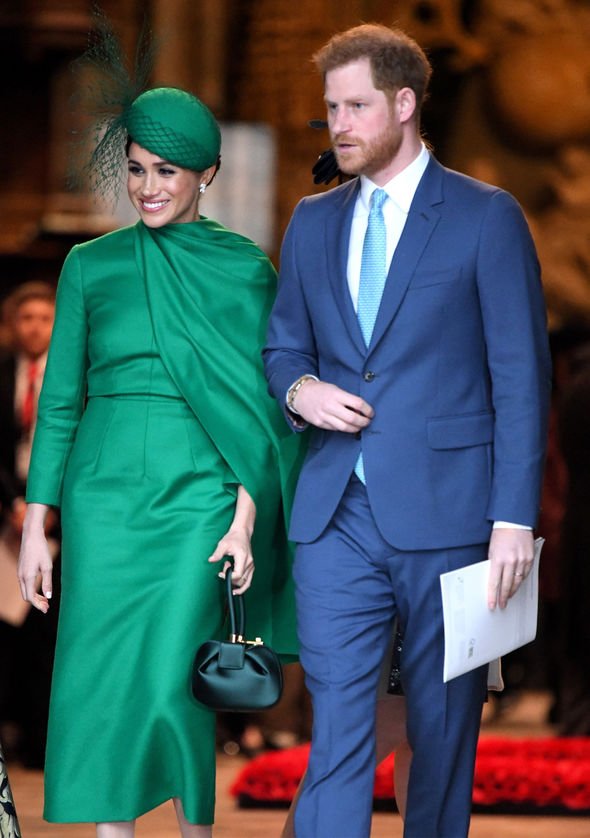 “He still talks to the Queen on a fairly regular basis – that’s the one connection he’s maintained with his family over here,” the said.

“Therefore I don’t think he’ll do anything that will severely embarrass her.

“Now as I said, they haven’t recorded the interview yet so it remains to be seen but we’ll find out when CBS airs it on the seventh of [March].”

Kate Garraway asked: “It’s a year since their decision to step aside and move abroad, so is it your understanding that the Royal Family, the Queen was already reviewing how the patronages might continue or has your news brought a flurry because what it does bring into focus is the potential for a disconnect at the very least.

“Do they continue with those patronages and seeking a more public position in America with such a huge interview?”

“I think if Harry and Meghan are being honest, their life in the UK is over,” Chris replied.

“They’ve washed their hands of pretty much everything here. Their house Frogmore Cottage has gone to Princess Eugenie.

“Their lives aren’t here anymore and I don’t think they would have been expecting to keep many or any of the titles they’ve got.”

“Meghan’s still got links to the National Theatre for example with a dog and cat shelter here, a charity called Mayhew,” he continued.

“Whether she maintains them or not I think we’ve got to face facts here, the period of time when they were in the UK is done.

“They are now residents of California, their lives are in America, everything they do from here is going to be in America.

“Whatever the review concludes when it comes up at the end of March, that’s when they left officially a year ago they’re not here anymore and they’ve moved on.”