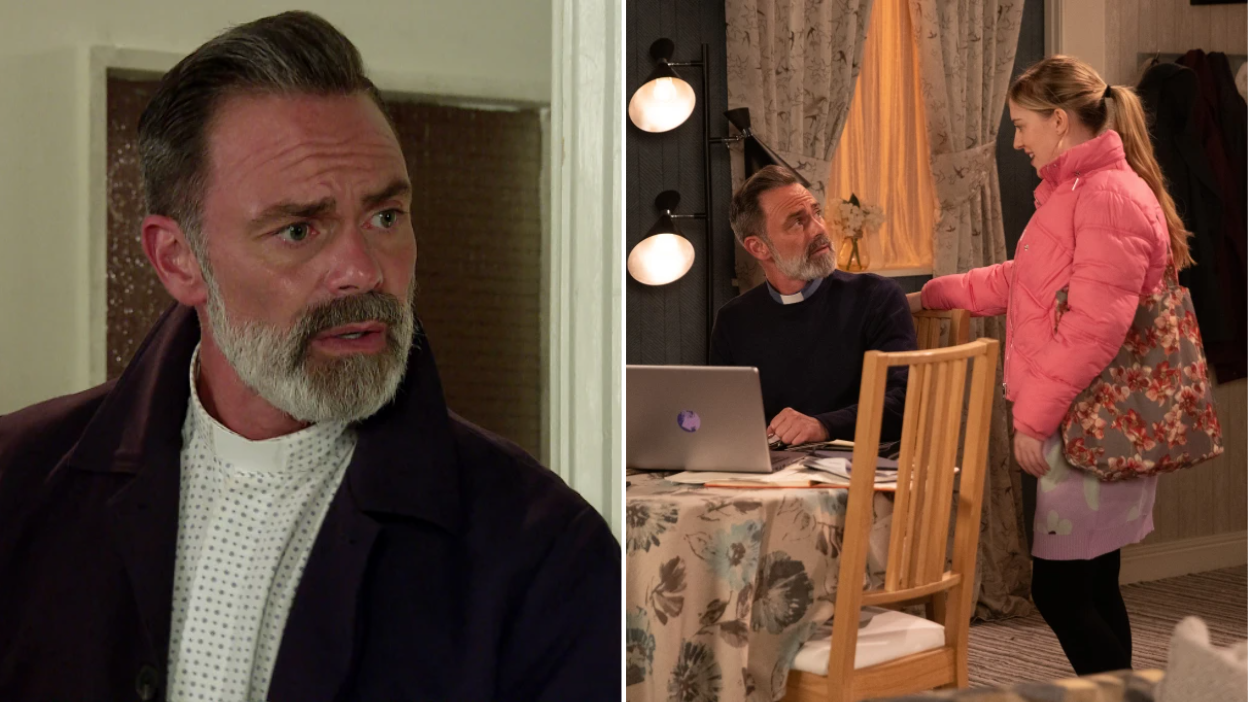 Billy Mayhew (Daniel Brocklebank) fears he’s pushed Summer Spellman (Harriet Bibby) away from him in Coronation Street as she makes the decision to move out of the flat.

We know that while Billy starts to worry he’s becoming an overbearing parent, Summer’s issue actually has nothing to do with him.

During Friday’s edition of the ITV soap, Summer failed to tell Billy, Paul (Peter Ash) and Todd (Gareth Pierce) that she’s still pregnant, fully aware they wouldn’t agree with her plan of giving her baby to Mike and Esther for money.

The secret keeping and morning sickness from Summer has now led Billy to wonder if her bulimia has flared up again.

Next week, needing distance between herself and her dad, Summer decides to pack up her things and move out, much to Todd’s shock.

Later on, in the pub, Billy tells Todd he thinks he’s been smothering Summer.

Sadly, Todd’s attempt at keeping the father and daughter together doesn’t work, as Summer ends up telling Billy that she loves him a lot and will really miss living with him.

But will Summer regret her decision as she faces this pregnancy without her family?