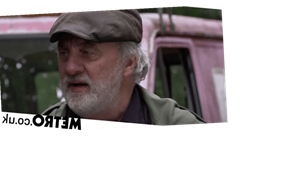 The stalwart of the ITV soap was last seen in the eponymous village in June.

Debbie has evidently been staying with Zak up in Scotland.

As she tends to Sarah’s disappearance, Zak seeks out daughter Belle (Eden Taylor-Draper).

He apologises to her for not being there for her during her ordeal last year, which saw her admitted to hospital.

Viewers will know that Belle struggled after she was implicated in a hit-and-run which she had nothing to do with, and ultimately ended up hearing her mum Lisa’s (Jane Cox) voice.

Zak makes clear that he’s there for Belle, before he ultimately asserts himself as the head of the family once more.

The question is: just how does he do such a thing?

That remains to be seen, but it’ll be great to see Zak back on our screens!