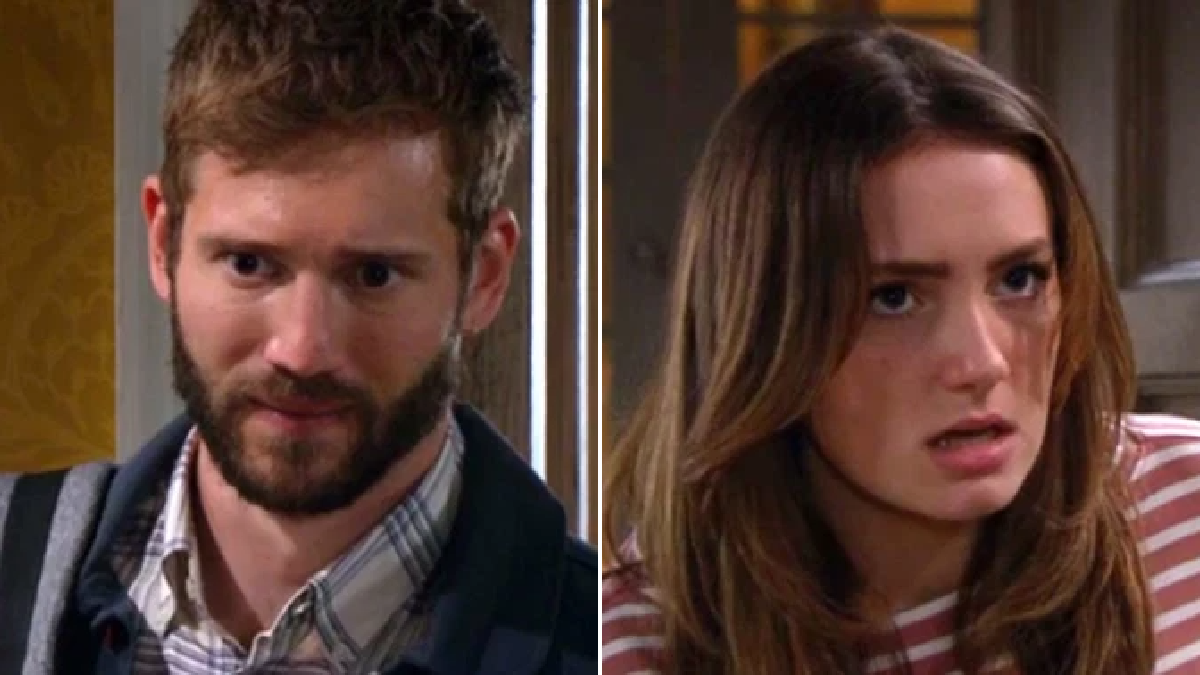 Jamie Tate (Alexander Lincoln) has made a decision to leave Emmerdale after trying to kill his mother Kim (Claire King).

Disowned by his mother, Jamie spent the last few weeks homeless, and when Paddy (Dominic Brunt) discovered Jamie had tried to kill Kim, he ended up jobless as well.

Tonight (August 2), with Kim away, Gabby (Rosie Bentham) was bored at Home Farm, wanting to help Will (Dean Andrews) with his work.

However, Gabby was given plenty to do when Will accidentally revealed that Jamie was planning on leaving the Dales.

Heading to the vets, Gabby was also shocked to discover Jamie had lost his job.

With Home Farm empty, viewers saw Jamie sneak in to access the safe.

Jamie’s plan to escape with money in hand was put on hold when Gabby returned. As Gabby confronted Jamie, she was clearly upset by his betrayal, and couldn’t believe he was planning on moving to Liverpool, despite her carrying his baby.

As Will entered, the showdown took a turn when Gabby clutched her stomach in pain.

Just as Will and Gabby prepared to head for the hospital, Jamie harshly admitted that he never wanted to be a father again.

Alone in Home Farm, Jamie took one last look at his surroundings before opening the door – but is this really the last we’ve seen of him?

Furthermore, as Gabby heads to hospital, what will the outcome be?