Home » TV & Movies » Spoilers: Jean reveals that Stacey is dead to her in EastEnders

Spoilers: Jean reveals that Stacey is dead to her in EastEnders 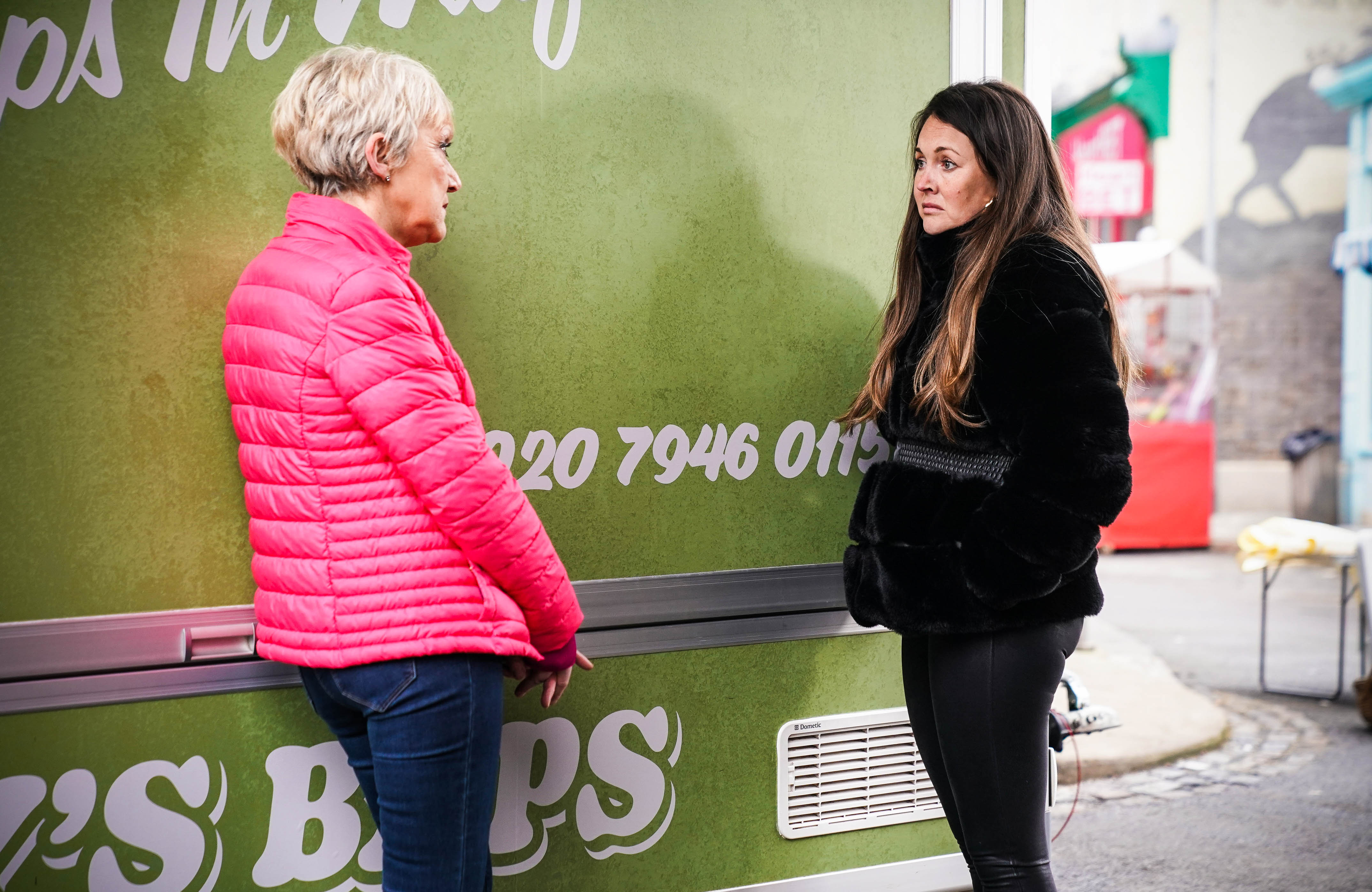 There are huge fractures coming up between Jean Slater (Gillian Wright) and her daughter Stacey (Lacey Turner) in upcoming EastEnders episodes, as Jean’s mental health seems to be deteriorating.

Stacey has been worried for some time that Jean’s bipolar has been getting out of control, but Kat (Jessie Wallace) and others put Jean’s excitable behaviour down to the fact that she’s enjoying a new romance with Harvey Monroe (Ross Boatman).

It looks like Stacey has cause for concern, though, when Jean plans a surprise for the kids and manages to block the market with a huge bouncy castle – which she proceeds to have a go on, hurting Arthur in the process and embarrassing herself.

A seriously worried Stacey bans her mum from seeing the children until she’s seen the doctor, but Jean’s unpredictable behaviour continues. She slips away to the tube station with Arthur (Hunter Bell), and against Stacey’s expressed wishes she tells him what happened to Kush.

When Stacey finds this out there’s a huge row, and Jean takes her stuff and goes over to Harvey and Rocky (Brian Conley)’s. She announces that she’s moving in with them and Stacey is dead to her.

How will Harvey react to Jean moving in?