Home » TV & Movies » Spoilers: Noah and Amelia unite to have a baby together in Emmerdale

Spoilers: Noah and Amelia unite to have a baby together in Emmerdale 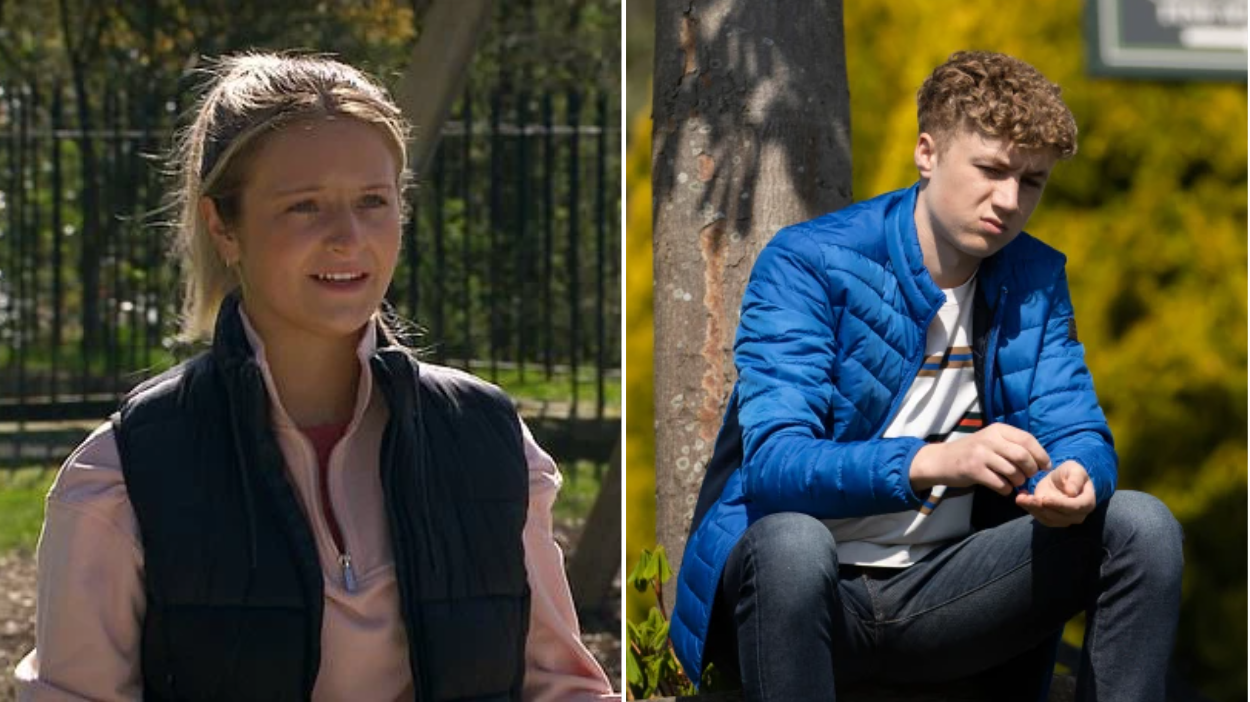 It’s not something you’d have imagined on Emmerdale a few months ago when Noah (Jack Downham) was being a nasty little stalkerish creep – but in coming episodes we’re going to see a new side to him as he and Amelia (Daisy Campbell) get closer.

When Amelia goes for her scan, she’s happy when Noah asks if he can come with her.

‘He’s gone from being this not very nice boy to now being very helpful and her only friend,’ Daisy Campbell told us. ‘I feel like she’s very taken aback by it but she’s also very appreciative of it. She’s very lucky to have him because it’s not a very nice thing to go through on your own.’

As the pair look at the image of the baby during the scan, it’s a bonding moment for them. After this their relationship starts to develop from a close friendship into romance as they realise they could actually be happy as a family unit together.

Daisy says that Noah’s support makes all the difference to how Amelia is feeling about becoming a mother. ‘I feel like now she’s very happy and it’s because of the support from Noah and I think she’s more excited as well this time because she’s ready to actually have a baby, she knows what she wants.’

This is all very lovely – but Noah is not the most popular person in the village. How are Amelia’s family going to react to their relationship?