Alan Fletcher, 62, is best known for portraying the role of doctor Karl Kennedy on Neighbours for the past 25 years but has not yet appeared on a British reality television programme.

With Strictly Come Dancing just around the corner, the rumour mill is already in overdrive over which famous faces will be taking their place on the star studded dance floor later this year.

Earlier this year, Alan’s former Neighbours co-star Mark Little, 59, who played Joe Mangel on the Channel 5 soap, made his debut on Dancing On Ice but bowed out in the first round of eliminations.

Asked about is chances on taking to the BBC dance floor later this year, Alan revealed he had been asked to take part in a number of reality shows in the past but has continued to turn down the offers.

Speaking exclusively to Express.co.uk about his chances at joining the Strictly line-up, Alan said: “I have been asked to do some. I’ve got two left feet.”

However, he quickly quashed any hopes the Neighbours icon would be joining the BBC dance show, as Alan explained: “I kind of don’t feel I need to go off and do something that’s just out of the box.”

The actor didn’t rule out his chances of shaking his hips in the future, as he added: “Never say never, but at this stage, reality TV hasn’t had a place in my life.

“I’m not rushing to sign anything at the moment, but you never know. Someone might come along with something I can’t resist.”

Although Alan seems committed to his schedule with Neighbours, BBC newsreader Huw Edwards, 57, also opened up about the rumours he would be singing on the dotted line.

Following his win at the BAFTA’s last Sunday, Huw told Express.co.uk: “I’d have a conversation about it. I think in all honesty I think it’s a difficult thing to do in my day-to-day job.” 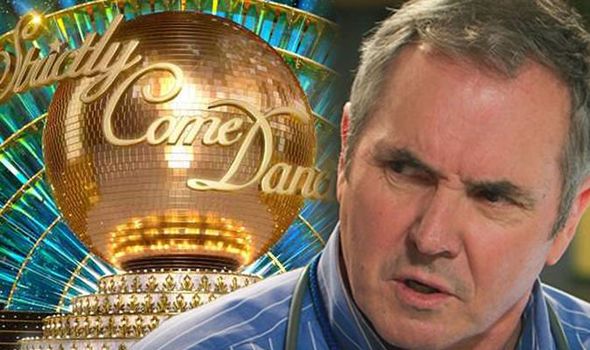 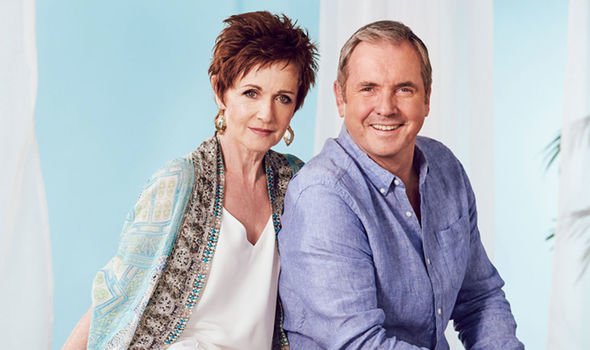 Huw continued: “Thats the strongest hint I can give you.

“In the future, when my professional life might be in a different shape, maybe it would look like a different kind of challenge.”

Strictly had another nod at the BAFTA’s this weekend, with host Tess Daly, 50, left shocked by a quip made about the show from host Graham Norton, 56.

Taking to the stage to open the television awards show, Graham made a connection between Strictly and BBC serial drama, Line Of Duty.

Speaking about the interview scenes from the hit police drama, Graham’s quip also made reference to the controversy surrounding Seann Walsh, 33, and Katya Jones, 30, during last year’s series. 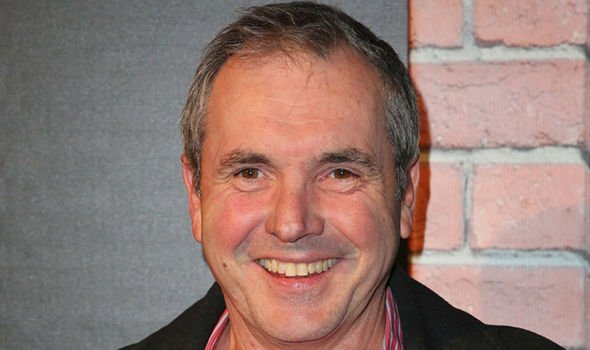 Graham remarked: “The interviews! They were incredible. A more forensically detailed interrogation of times, dates, and mobile phone data hasn’t been seen since that time Seann Walsh got home late from Strictly practice.”

The camera quickly turned to Tess who looked on uncomfortably as her co-host Claudia Winkleman, 47, gave a nervous chuckle to the quip.

Earlier this year, it was announced the judging panel would be facing a slight shake-up as Dame Darcey Bussell, 50, announced her exit from the show.

As well as rumours circulating about which famous faces would be taking to the dance floor, speculation has also been rife about Darcey’s replacement.

Could veteran professional dancer Anton Du Beke, 52, be filling in as the fourth judge on the panel with years of expertise under his belt?

Strictly Come Dancing returns later this year on BBC One.