Home » 'The Handmaid's Tale': Why Is June Still Wearing the Ear Tag?

'The Handmaid's Tale': Why Is June Still Wearing the Ear Tag?

Season 4 of The Handmaid’s Tale brings June out of Gilead and into the safety of Canada. But there’s one thing about her that some fans are concerned about. June’s had ample opportunities to remove the handmaid tag/cuff on her ear, so why is she still wearing it? 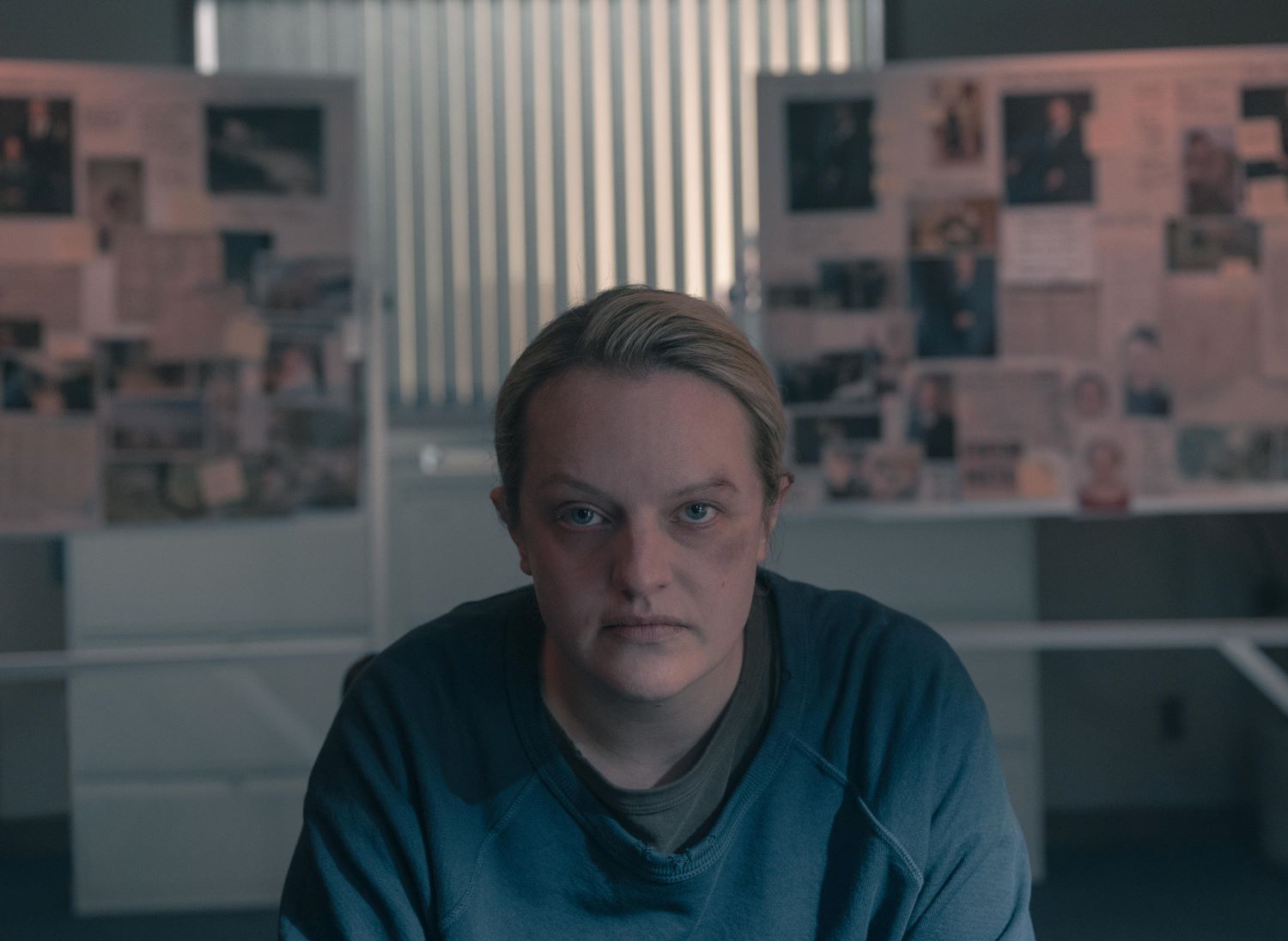 What the ear tag signifies in ‘The Handmaid’s Tale’

As seen in earlier seasons of The Handmaid’s Tale, Gilead officials keep handmaids separate from the rest of society. The women are shepherded by Aunts, like Aunt Lydia (Ann Dowd). And they are forced to wear white bonnets and red dresses.

And to distinguish them even further, Gilead puts red ear tags on the handmaids’ ears — like cattle. Along with the rape and torture, it’s just one more dehumanizing thing they do to keep control.

In the season 2 premiere of The Handmaid’s Tale, Nick (Max Minghella) helps June (Elisabeth Moss) escape the Waterfords’ home and takes her to an abandoned office building. Free from her captors, she sheds her red robes and proceeds to cut part of her ear to remove the signifying tag.

June goes to extreme lengths to get rid of the cuff. And as described by showrunner Bruce Miller, it signifies her separation from Offred.

“It’s about the desire to wash the handmaid off of her,” Miller told The Hollywood Reporter in 2018. “It was her first opportunity and her first moment of freedom. She’s ready to strip off this sexual slavery that’s encased her.”

“Now she’s getting the chance to turn back into June, as much as possible,” he added. “Piece by piece, she’s stripping Offred away. Some pieces are harder to strip off than others, but one way or the other, she’s going to get rid of all of them.”

Fans are wondering why she still has the ear tag on

From living as a fugitive at the Keyes’ farm to trekking through Chicago, June’s had enough time to remove her ear tag. And now that she’s in Canada, one would assume she’d be anxious to get it off as soon as possible.

But as seen in the previews for upcoming episodes, June’s ear cuff will remain intact for some time. And some fans of The Handmaid’s Tale can’t help but wonder why.

A few think she might be keeping it on as a symbol to use against the Waterfords in their upcoming trial.

“If she’s testifying against the Waterfords, then it could make for good optics so she could have made a conscious decision to keep the tag,” one Reddit user wrote.

“By keeping hers, she’s sabotaging any argument the Waterford’s defense is gonna make on how the handmaids were treated well and humane in Gilead,” another Redditor added. “It’s an open sign of defiance.”

But some fans think her move may be fueled by the fear of being captured once again.

“Maybe she won’t take it out this time because she doesn’t want to go through the whole awful process again if she’s captured once more,” a Reddit fan shared. “Even if she’s in Canada, she might still be afraid of being forcibly returned to Gilead.”

Hopefully, as the season continues, fans will get a better idea of June’s state of mind and her reasoning for keeping the ear tag on.