Holly and Phil emotional as they double Spin to Win prize

During Monday’s instalment of This Morning, regular presenters Phillip Schofield and Holly Willoughby were back at the helm after their summer break. Their return also saw the comeback of the show’s popular competition Spin to Win, although its new prize didn’t sit well with viewers.

Spin To Win is a popular segment on the show that usually sees members of the public able to win a cash prize starting from £750 and going up to £3,000.

However, as the wheel made its way down from the ceiling to the studio floor, Phil informed people that there are now new additions.

He said: “This week we’ve got our usual cash prizes but you could also win some extra cash to pay your energy bills until the end of the year. 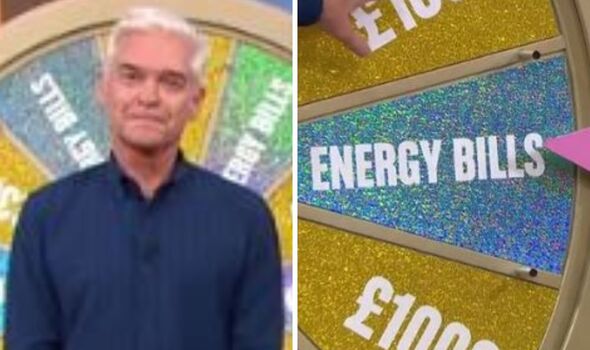 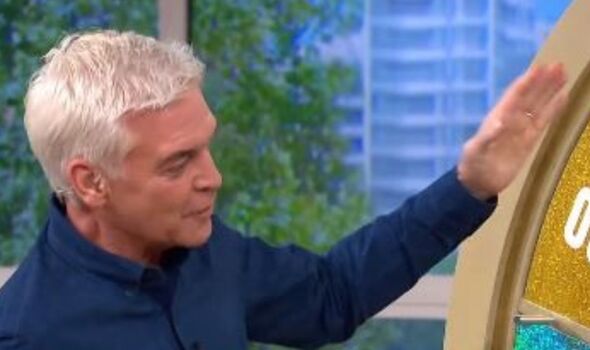 Although Holly could be heard saying how important that prize is right now in relation to the cost of living crisis, viewers were less than impressed.

It wasn’t long before people took to Twitter and slammed ITV for the prize being “tone deaf”.

Kiren wrote: “If this doesn’t perfectly showcase what a dire state this country is in. TV shows like #ThisMorning are now having to help us pay energy bills, that’s what 12 years of tories has given us. “

“Honestly I’ve never seen anything so tone deaf in all my life,” commented Scott Bryan. 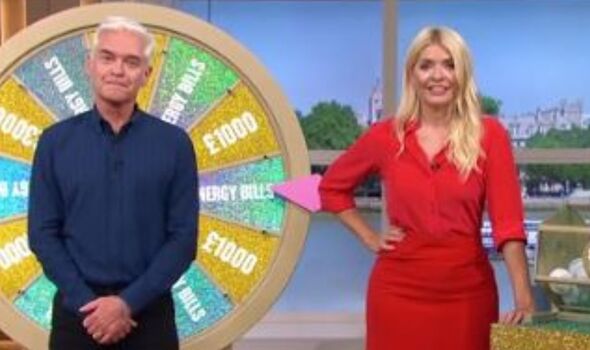 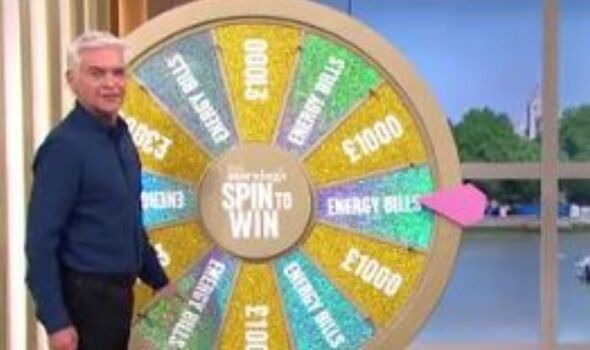 Mike slammed: “How bad is the country at when a prize on the wheel is paying you’re energy bill. The country is on its a**e #ThisMorning.” (sic)

“What a sad state of affairs that energy bills are now a competition prize.” Stephen 1991_a

Lewis Treleaven added: “#ThisMorning having ‘energy bills’ as a prize on their Spin To Win is the most dystopian and sad reflection on society right now… How did we get to this point? Madness.”

In the end, it was caller Alex from Enfield who was today’s winner.

Opting for the wheel instead of the tombolas balls, he seemed taken aback to be speaking with the This Morning presenters.

He told Phil and Holly that he had just come back from visiting his 93-year-old great aunt in a care home before answering the call.

Alex said: “I’ve just pulled up outside my door, I was about to put you guys on telly!”

Before spinning the wheel for Alex, Phil asked: “How are your energy bills?

“Are you a bit worried about it all?”

Alex replied: “Oh major, I’ve got one of those pre-payment meters and it’s absolutely murder.”

Spinning the wheel, it landed on energy bills and the winner was over the moon that This Morning would be paying them for the remainder of the year.

He said: “Oh my god, thank you, fantastic, what a relief.”

This Morning continues weekdays on ITV from 10am