VICTORIA Beckham revealed behind the scenes look at their family Christmas card shoot.

The fashion mogul, 46, proved how difficult it was to herd her four children and three dogs to create a cute festive scene. 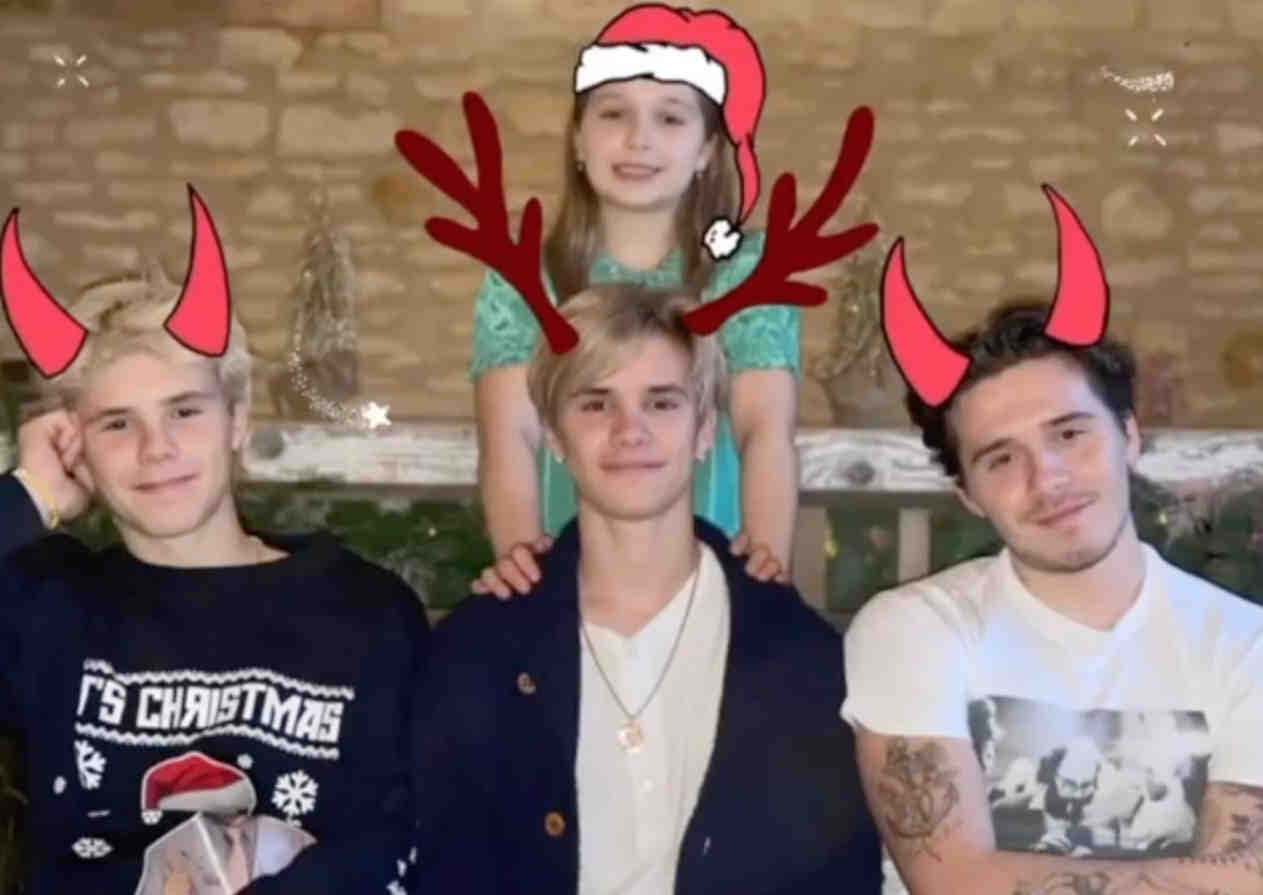 Victoria was joined by sons Brooklyn, 21, Romeo, 18, Cruz, 15, and daughter Harper, nine, as they stood in front of their huge Christmas tree.

The mum-of-four tried checked out her kids clothing first, zeroing in on eldest for wearing a pair of grey shorts.

She said: "Brooklyn are you sure you don't want to put trousers on."

Cruz showed off his Borat Christmas jumper, to which Victoria replied: "Excellent that sums up your personality." 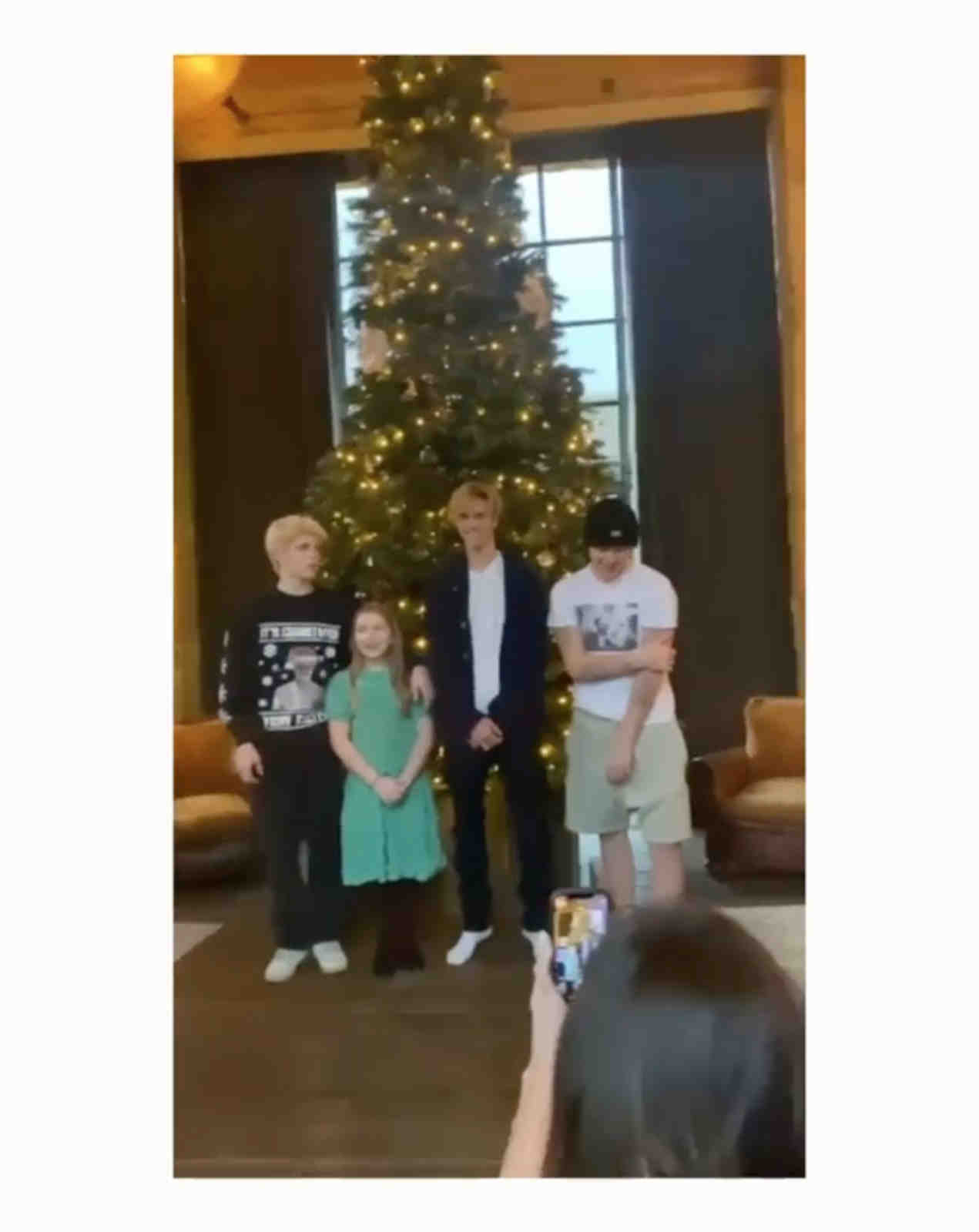 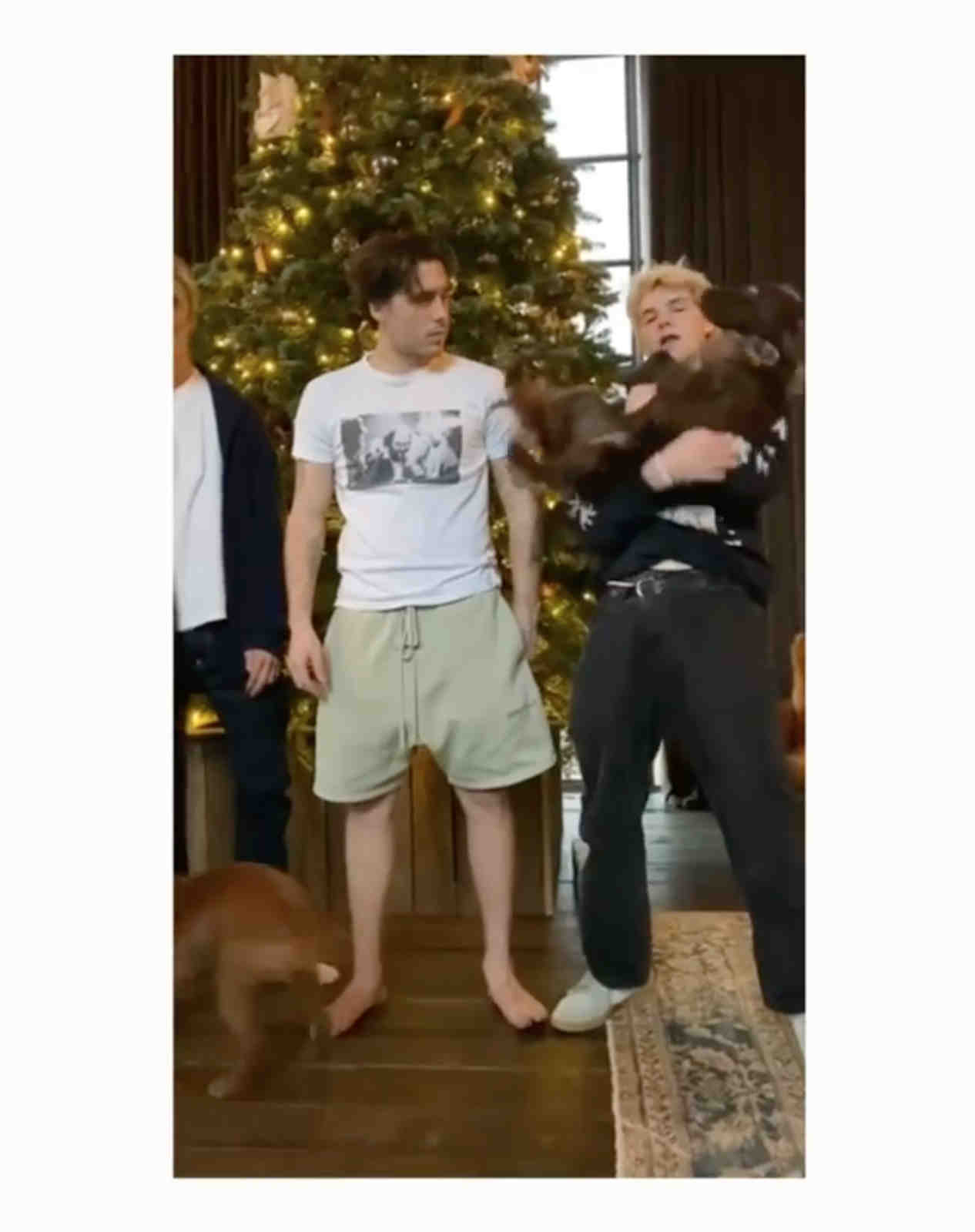 However, the teenagers started to get a bit restless, so Posh Spice tried to get them in the festive spirit by saying: "It's a Christmas card guys, it's meant to be a nice thing to do."

Youngest Harper chimed in: "It looks like a very sad Christmas."

Victoria disagreed, adding: "It's not a very sad Christmas, it's a lovely Christmas," but as their dogs ran rampage she eventually shouted: "Pick up a dog!"

She eventually settled on a Christmas photo of the three boys sat next to each other and Harper in the background. 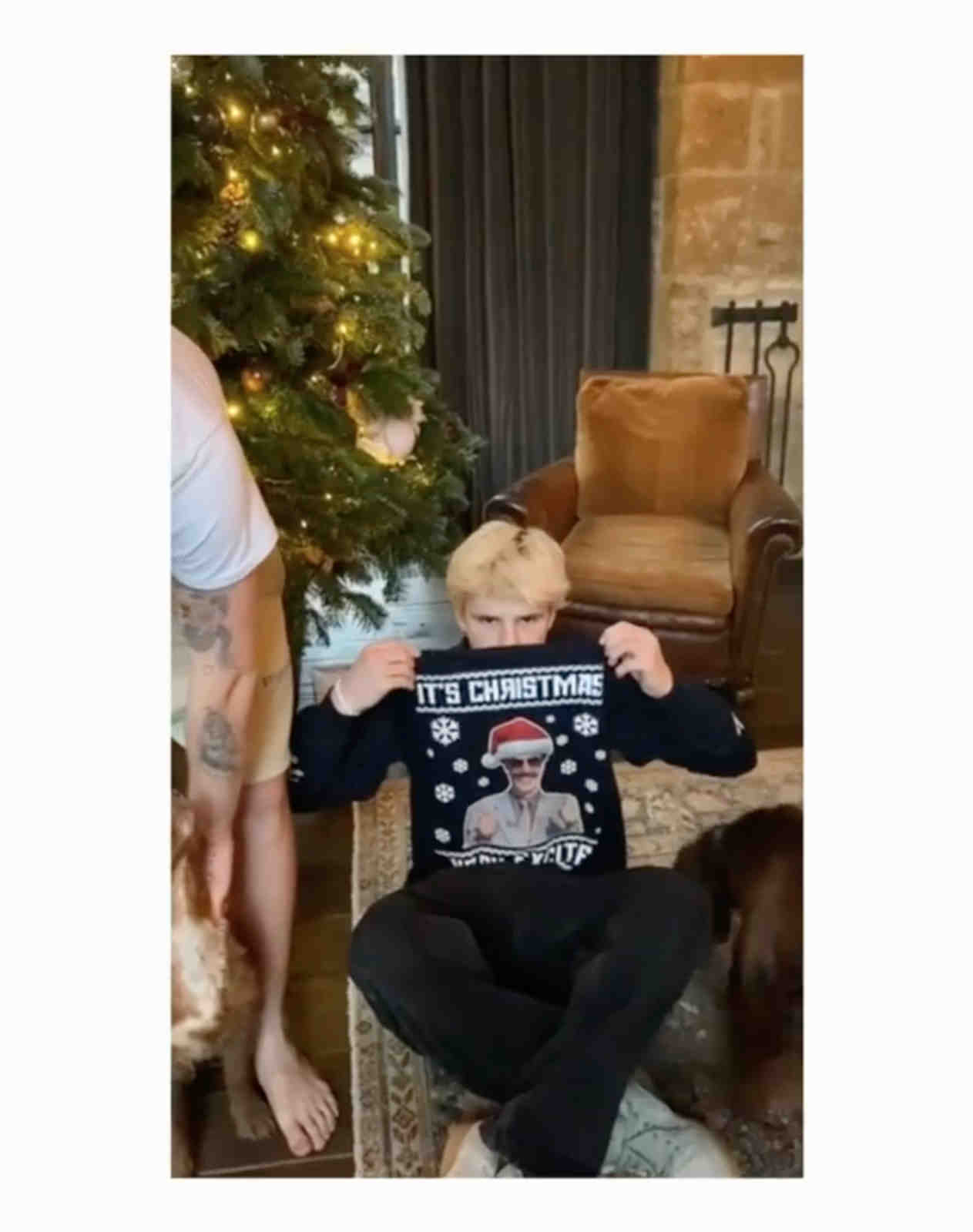 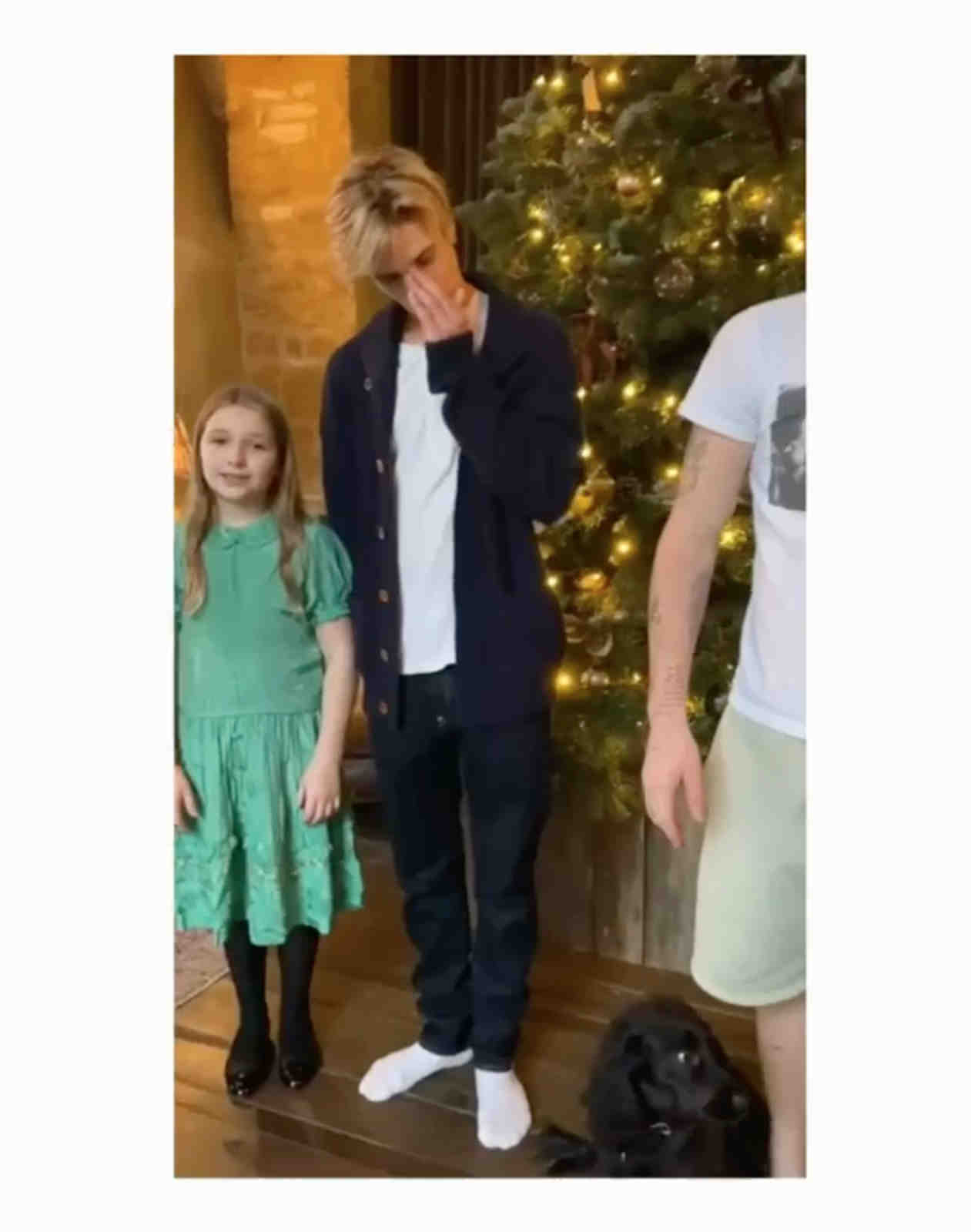 The family also went for a family trip to Lapland UK in Ascot yesterday – minus eldest Brooklyn.

David and Harper wore matching reindeer masks as they looked at the magical scenes.

Later on, David poked fun at his nickname Golden Balls with a cheeky snap.

Posh Spice gave her husband the nickname in an iconic interview with Parkinson in 2000. 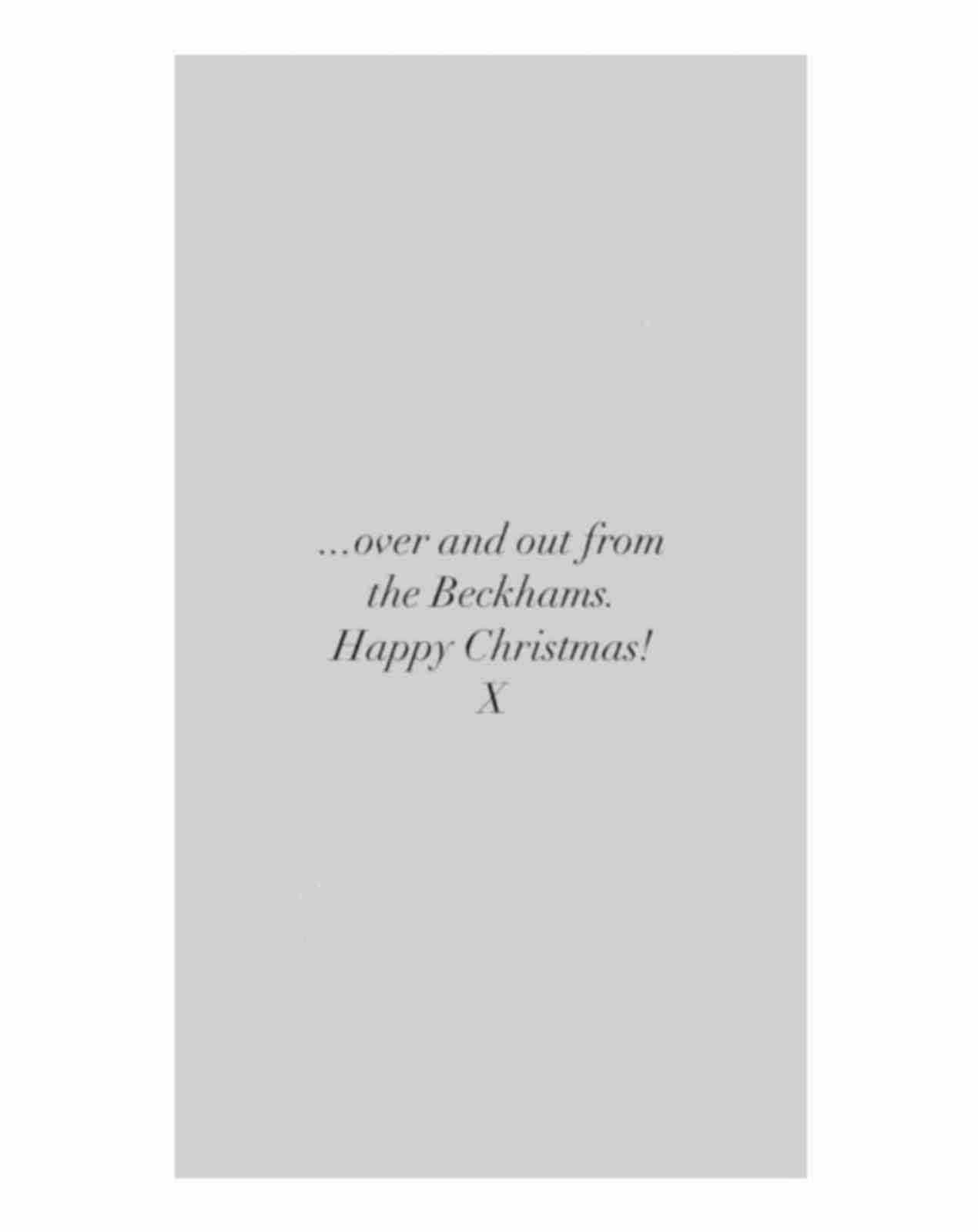 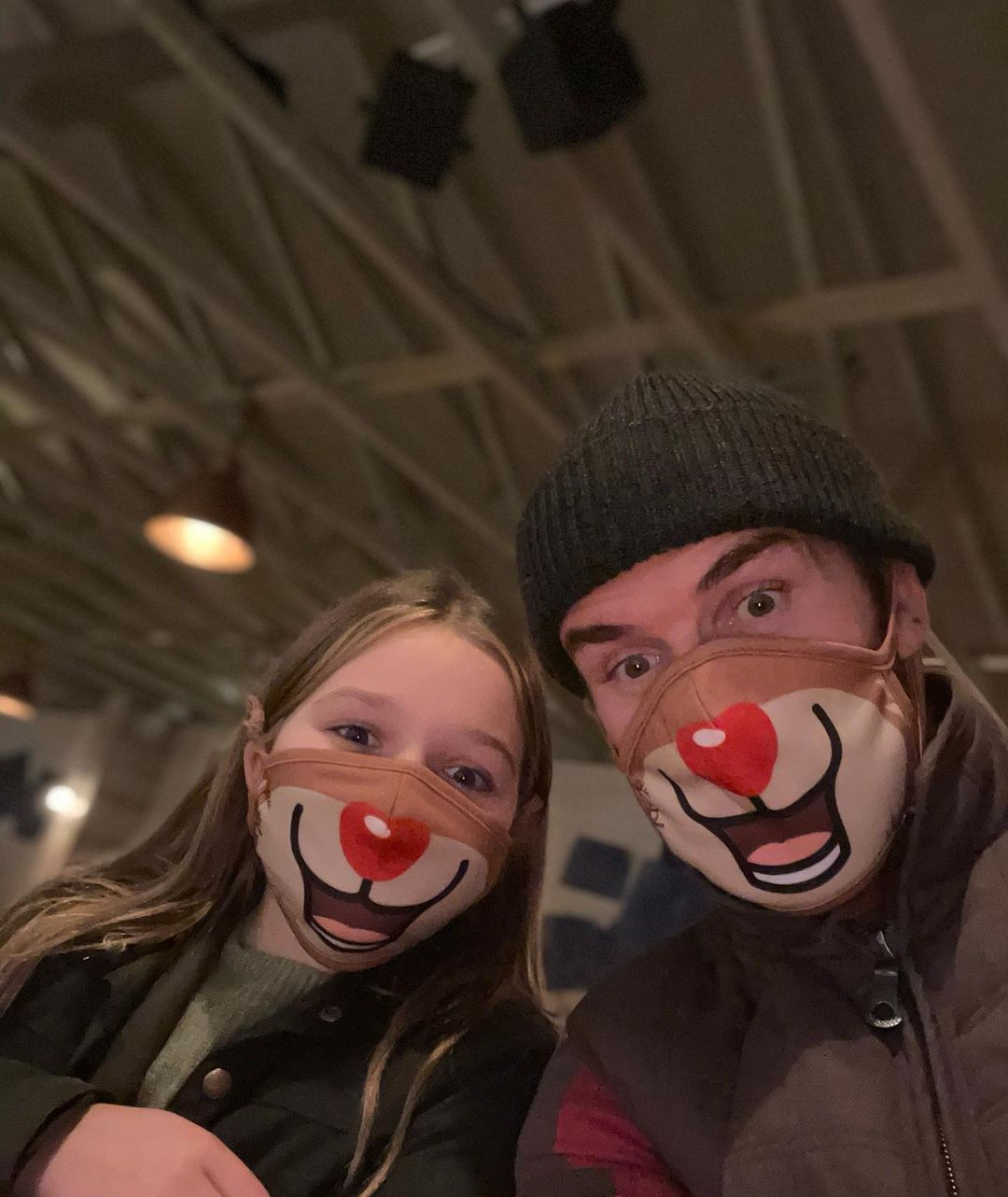 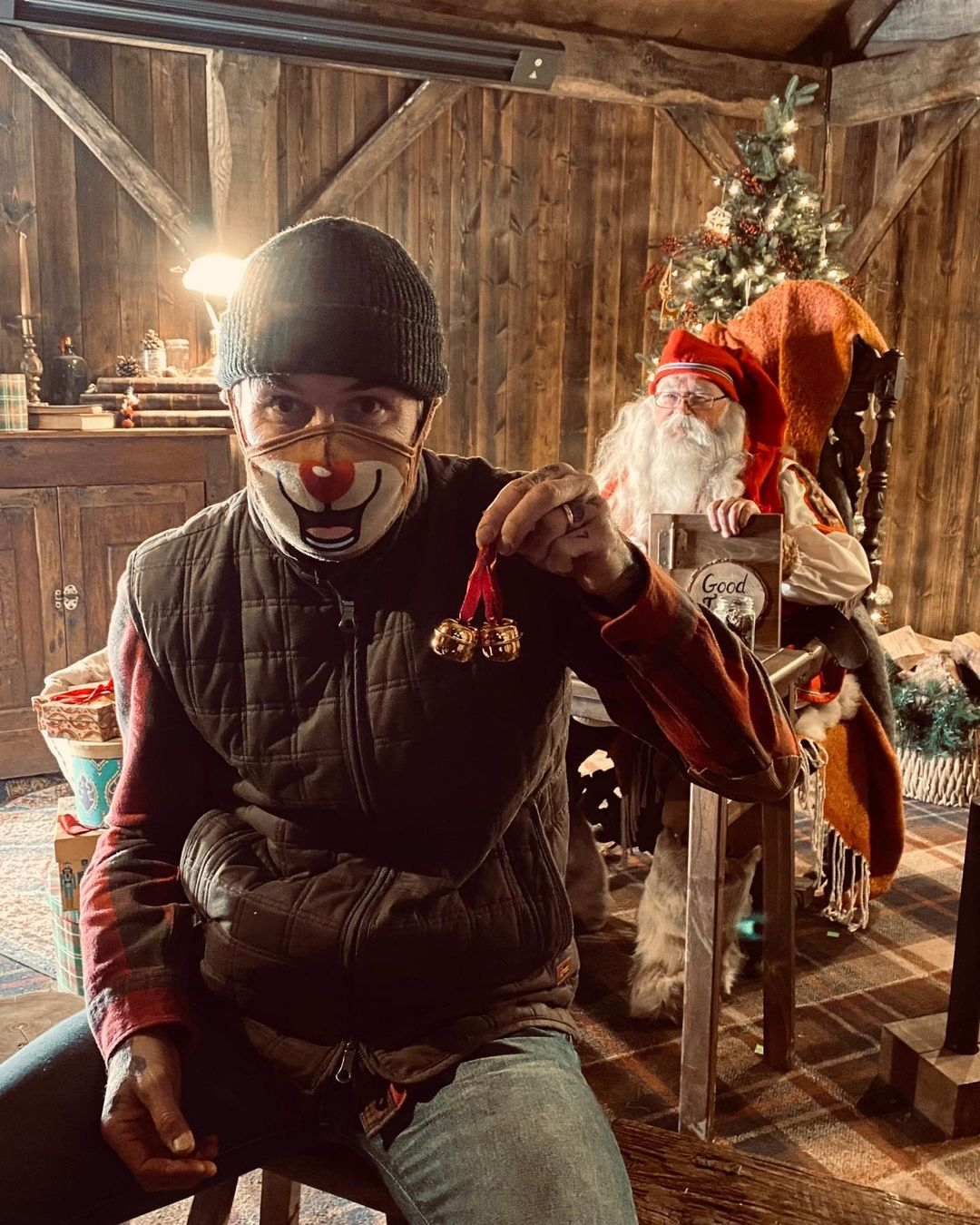 Sitting in front of Father Christmas in a cosy grotto, David kept his reindeer mask on as he lifted a pair of golden bells.