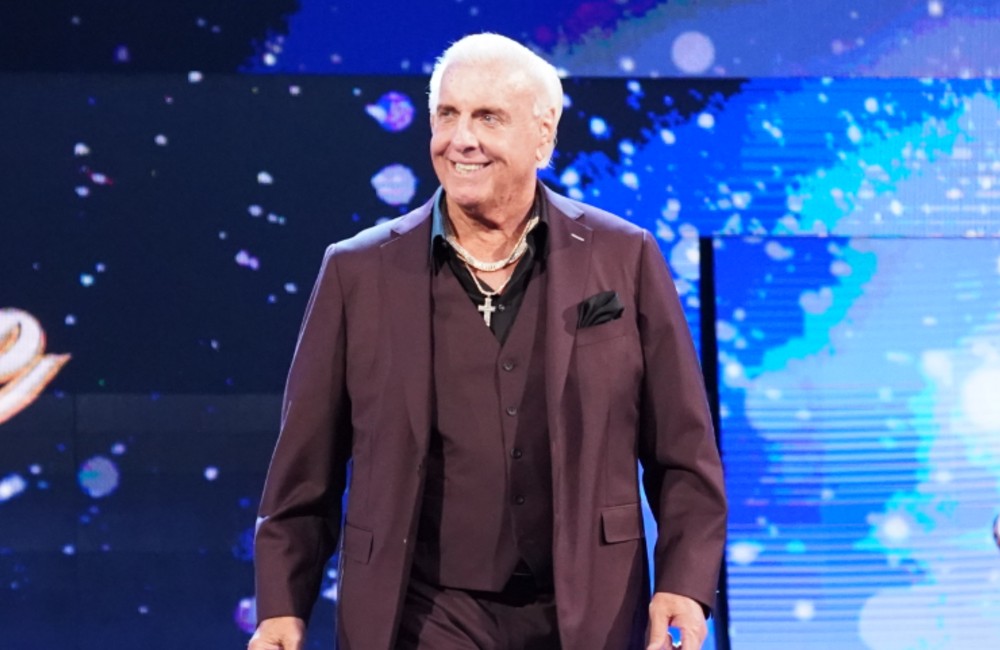 WWE legend Ric Flair has joked he wants to either die in the ring or ‘on top’ of his wife.

The 72-year-old Hall of Famer, who left Vince McMahon’s company last month to pursue other business opportunities in and out of wrestling, admitted his former boss was very strict when it came to what he was allowed to do on screen.

Speaking to Renee Paquette on a recent episode of her Oral Sessions podcast, he laughed: ‘WWE won’t even let me walk up the stairs for liability reasons. I can’t.

‘I can stand in a ring but, Renee, it’s kind of like I said, I either wanna die in a ring or on top of Wendy. It’s A or B. What better way is there to go? What I did for a living or with the one I love? Woooo!’

Flair – who married Wendy Barlow, 61, three years ago – has made the most of his newfound freedom in the wrestling world lately by appearing for other promotions like the NWA and AAA.

The big question is whether or not he’d join his future son-in-law Andrade El Idolo in AEW, while he has recently ruled out the possibility of his daughter Charlotte Flair making the same move.

‘Hypothetically, if I wanted to go work at AEW, I would go to [Vince] and say, “I want to do this because I want to get back in the ring and I know you don’t like that,”‘ he said on the subject of getting his friend’s blessing.

‘If I wanted to get knocked down or something, he would say to me, “Ultimately, what’s best for you is best for me.” ‘

The Nature Boy said he ‘owes’ McMahon the courtesy of at least asking him first, and he’d love to ‘get back in the ring and entertain’.

He noted that Randy Orton recently text him pointing out that if he went to AEW there would be the possibility of a Four Horseman reunion with Arn Anderson and Tully Blanchard already working for Tony Khan’s promotion.

‘Barry [Windham] is sitting about a mile from here, and JJ [Dillon], you fly him in,’ he added. ‘You do a half-hour interview with [Tony] Schiavone and Jim Ross.’

Something like that seems more likely as Ric admitted he didn’t want to actually wrestle a full match, but he likes the idea of teaming with Andrade against Sting and Darby Allin, which is something the latter chatted about exclusively to Metro.co.uk last month.

Flair said: ‘I could be part of a match. I’d be happy doing that. There’s another example, me and Andrade against Sting and Darby. What a great deal that is.’

Darby had previously told us: ‘Yeah, that’d be fun! Anything is possible, I feel. You’ve just gotta be patient and see what goes down, and where the wind takes you.’