60mph winds are set to thrash UK this week A Winter’s GALE! 60mph winds are set to thrash UK this week causing chaos on the roads and rail with 56 parts of Britain braced for flooding

Strong winds will hit parts of Britain this week after it emerged more than 55 areas are on flood watch.

The Met Office has issued a weather warning for winds gusting at up to 60mph on Wednesday in South West England and Northern Ireland, amid fears over coastal roads and seafronts being hit by spray and large waves.

Forecasters also warned train and bus services could be affected in those areas, along with disruption to the roads, railways and ferries as well as delays for high-sided vehicles on exposed routes and bridges.

The area of strong wind will affect western parts of the UK on Wednesday, with the biggest gusts affecting Cornwall before transferring to part of eastern Northern Ireland later as winds ease from the South West. 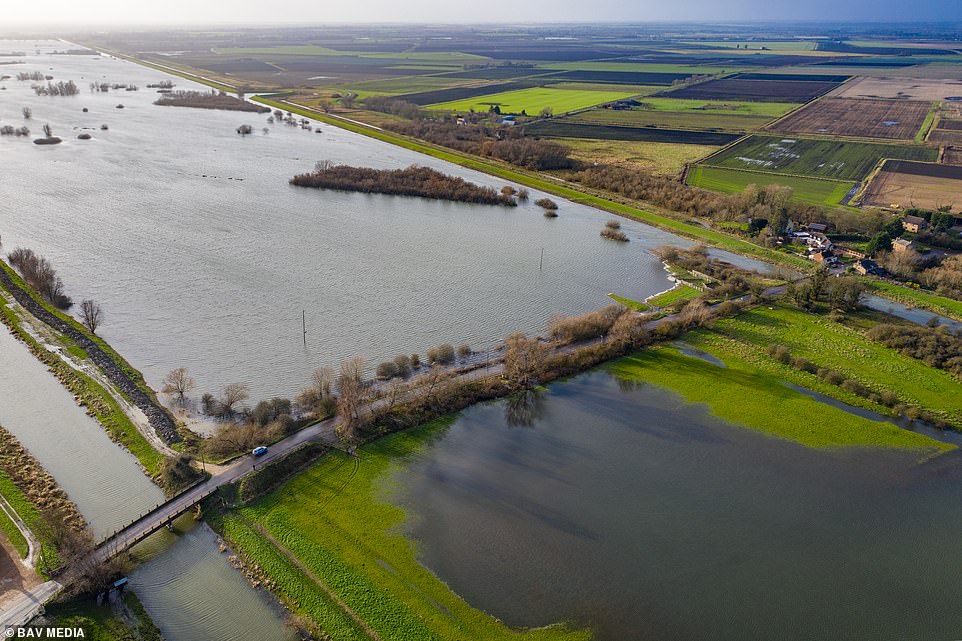 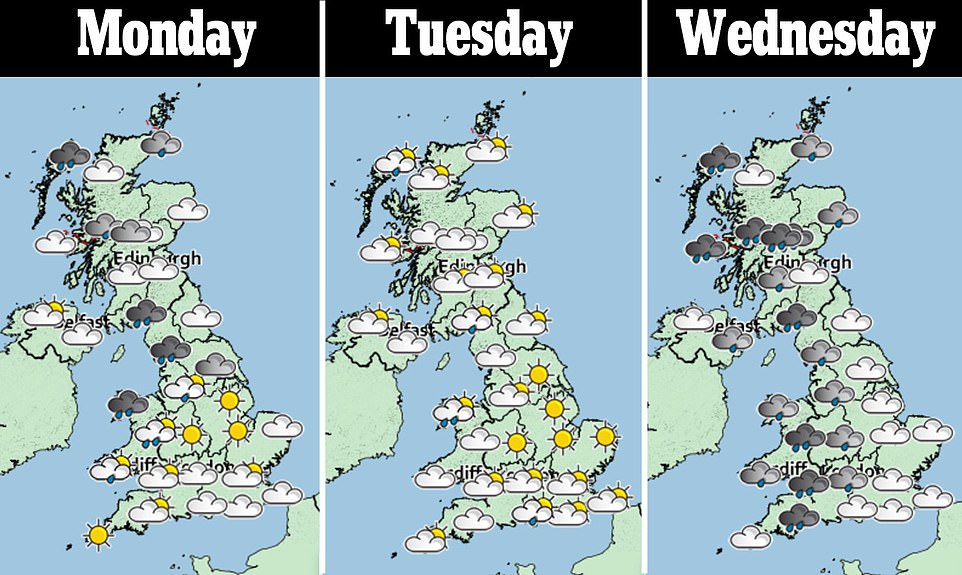 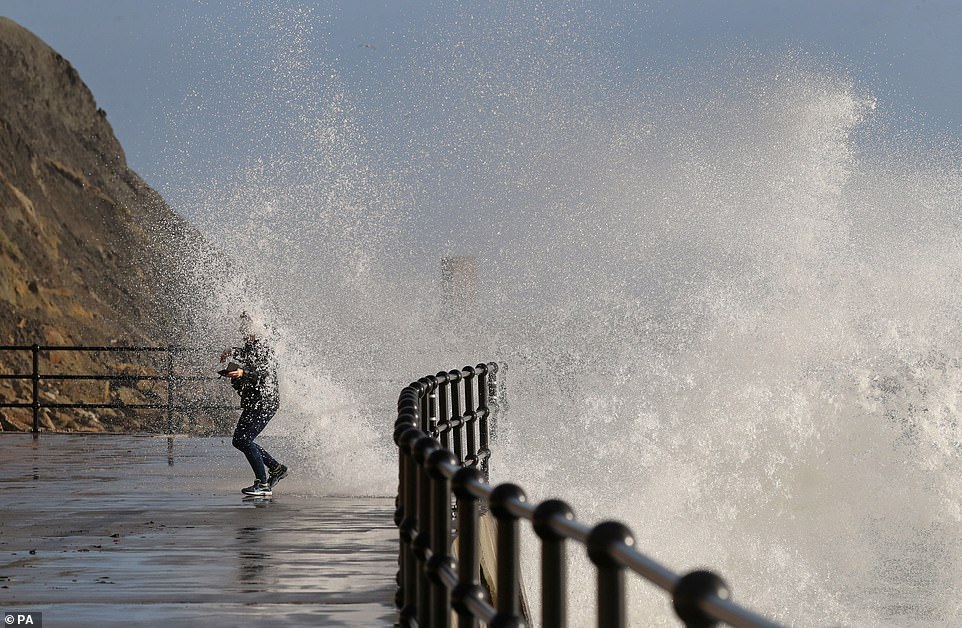 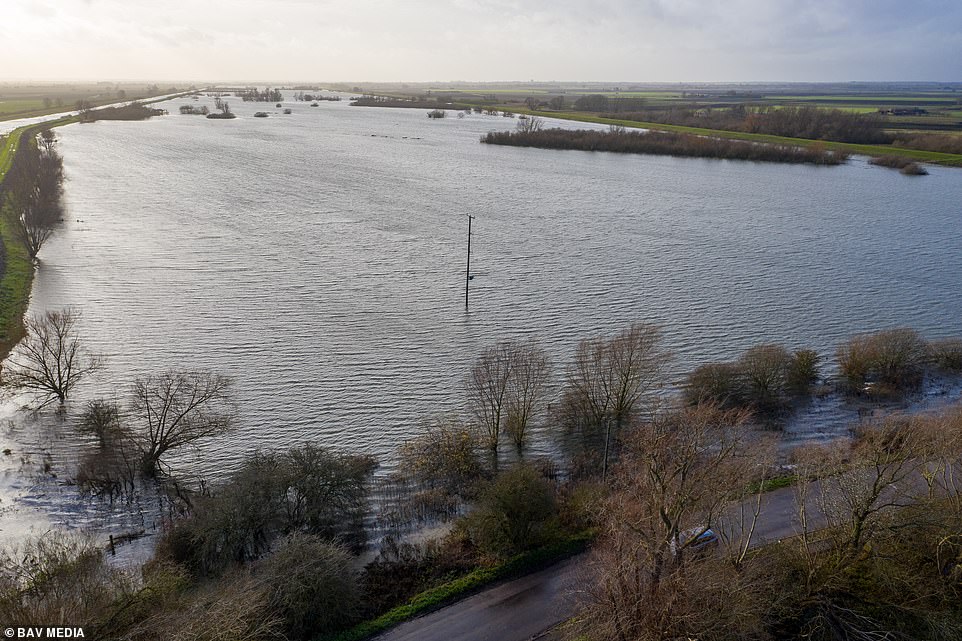 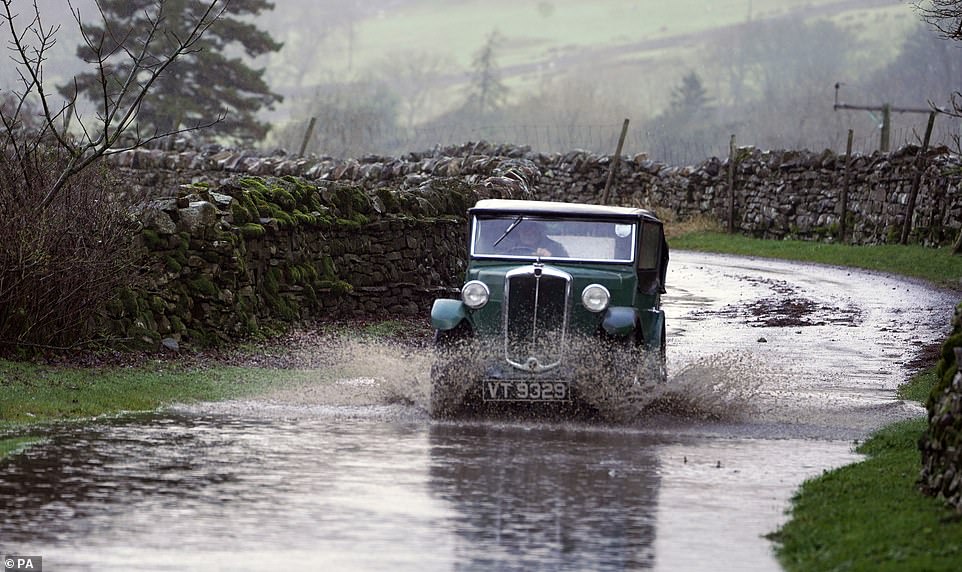 A motorist in a 1933 Morris Minor drives along a flooded road after heavy rainfall in Garrigill, Cumbria, this afternoon

A band of rain will move across the area through the period and may also prove an additional hazard, and the Met Office warned that ‘some short term loss of power and other services is possible’.

It comes as the Environment Agency issues 25 flood alerts for England, while Natural Resources Wales put out 12 alerts and one warning, and the Scottish Environment Protection Agency imposed four alerts and 14 warnings.

Today will be mostly dry with sunny spells across England, while there will be more cloud in northern and western areas with rain in Scotland and showers in Wales, North West and South West England which may be heavy.

Showers are expected continue tonight across the south coast, South West England, North West England, Wales and western Scotland through the night, but these should be lighter and well scattered.

Tomorrow, any early mist will clear and it will be largely dry and bright with sunny spells across England. However there will be patchy cloud and showers, most frequent in the west and south and mainly along coastal areas. 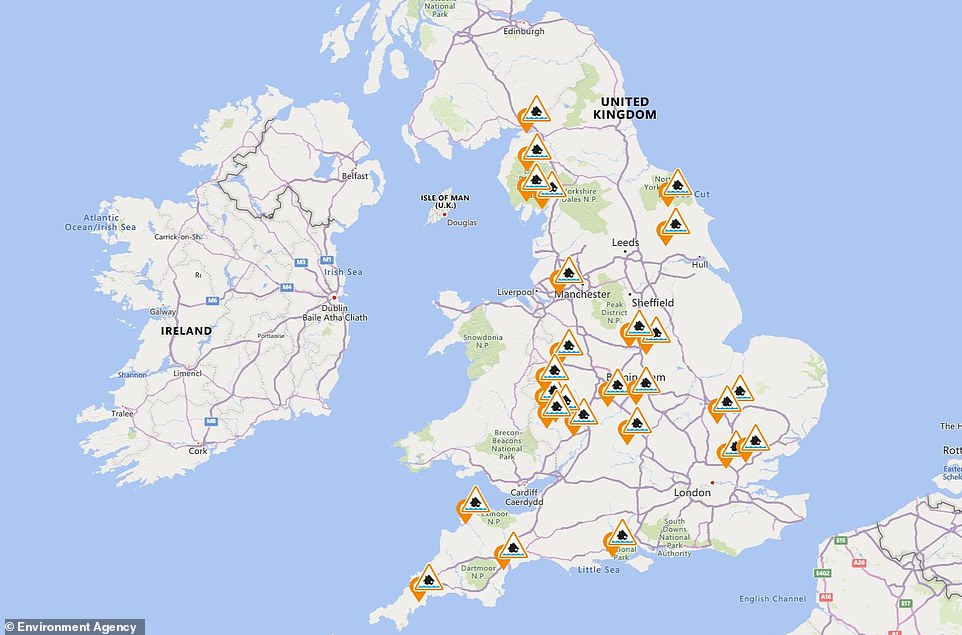 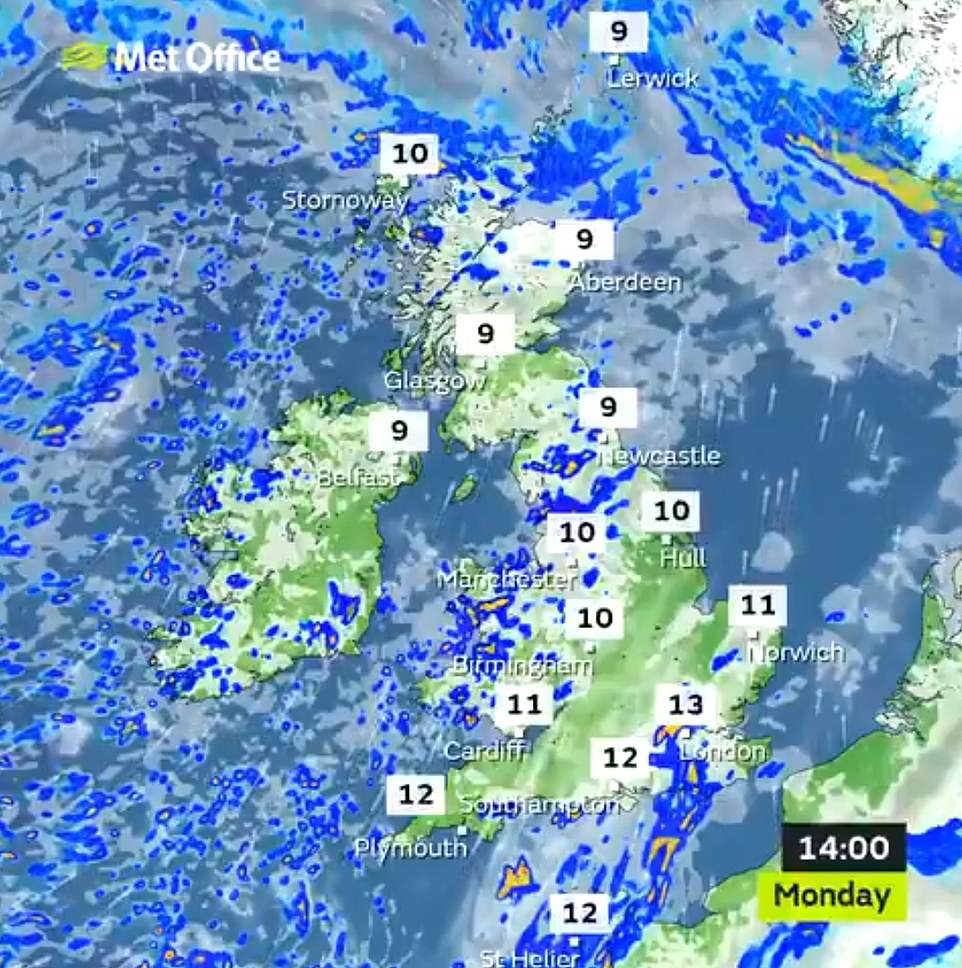 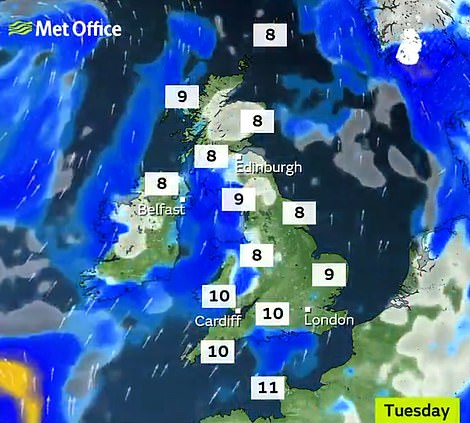 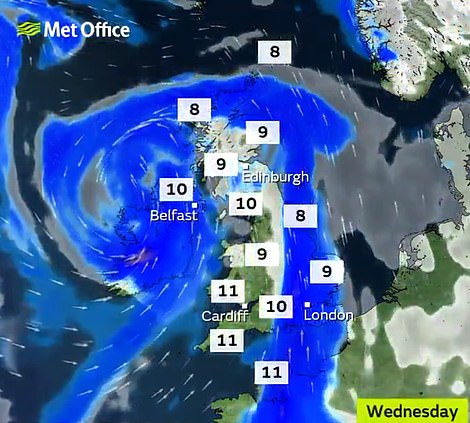 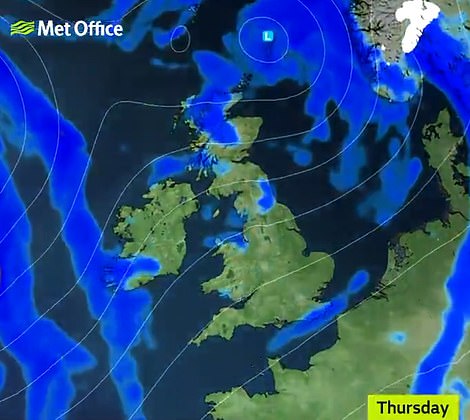 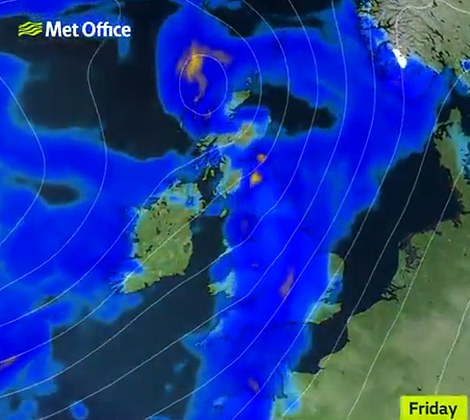 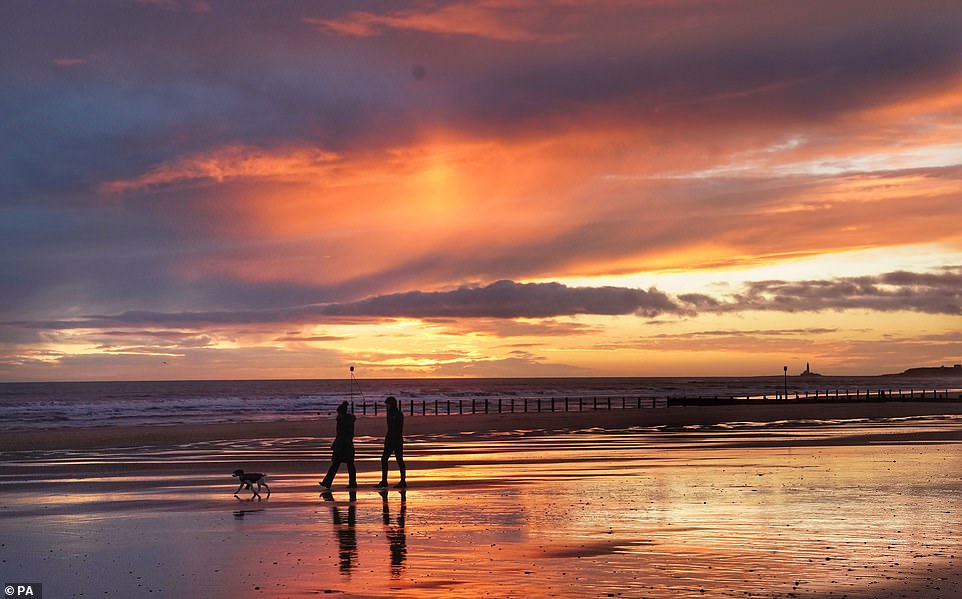 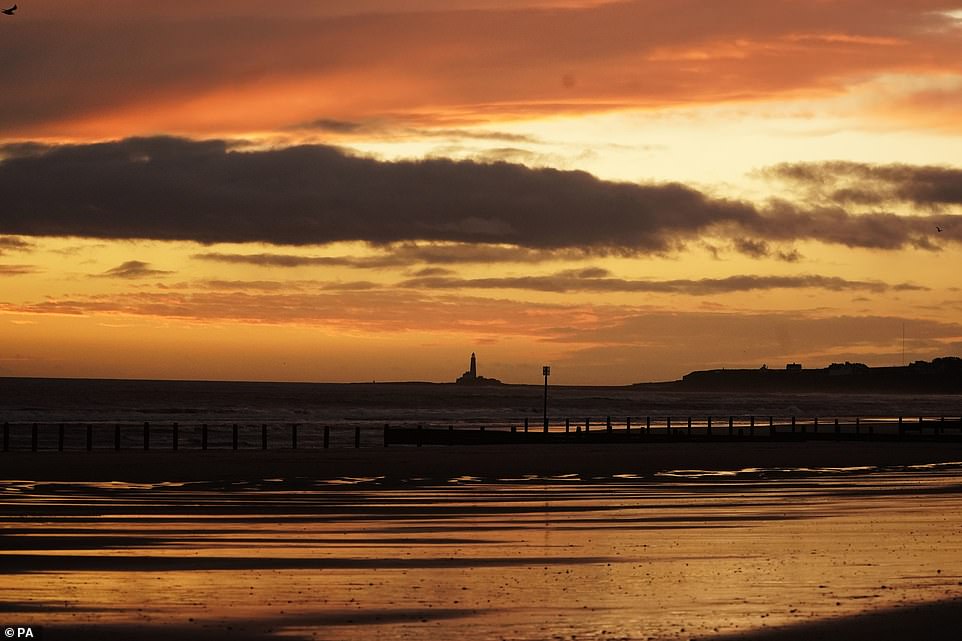 It will be overcast with downpours on Wednesday as a band of rain moves eastwards, although the rain will be light when it reaches eastern England by the evening. Thursday will see further showers in parts of the country.

It comes as it was revealed Britain could be in for its third white Christmas in the past decade next week after the odds were cut to just 1/4.

The UK has not seen snow fall on Christmas Day since 2015 when it was observed at a tenth of weather stations, which itself was five years after widespread flurries fell in 2010 during the coldest December for a century.

Many parts of the UK have already seen snow at the start of this month amid widespread sub-zero temperatures, and now there are hopes that it could return with cold air set to push south towards the UK by Boxing Day.