Home » World News » A nation unites in mourning for Her Majesty

A nation unites in mourning for Her Majesty

A nation unites in mourning for Her Majesty: The Queen’s loyal public gather outside Balmoral, Windsor and Buckingham Palace to pay emotional tributes to the Monarch

The Queen’s loyal public are gathering outside Balmoral Castle, Windsor Castle and Buckingham Palace as they pay emotional tributes to the Monarch who has died today aged 96.

Hundreds of well-wishers flocked to Buckingham Palace this evening as news broke of the Queen’s death.

Tourists and concerned Britons headed to the iconic London landmark, while people also congregated outside the royal castle in Aberdeenshire to mourn for Her Majesty.

Her son Charles, the former Prince of Wales, is now King. The Queen’s children and grandchildren travelled to be with her this afternoon after doctors said they were ‘concerned’ for her health.

At 6.30pm a Union flag atop Buckingham Palace lowered. It drew gasps from the crowd who knew what the symbolic gesture meant.

The sad news of Queen Elizabeth II death was then announced officially. Some people in the crowd wept as others gave an impromptu rendition of God Save The Queen.

Rhian Wadsworth, 30, from Manchester said: ‘I’m shocked, I wasn’t expecting it. I’m not a big Royalist but I loved the Queen, she was the last true great Royal.

‘There was never any drama from her, she did her duty diligently right to the end. She’ll be really missed.’

‘I didn’t think she was going to die today, I knew she was ill but I hoped she would survive a few more months.

‘She deteriorated when her husband Prince Philip passed away. They were soul mates. They were like swans, together forever.

‘I met her twice and I thought she was marvellous. The news hasn’t really sunk in. I’m going to miss her so much.’

Two members of the Queens household emerged and placed a notice of the Queen’s passing on the gates of Buckingham Palace. 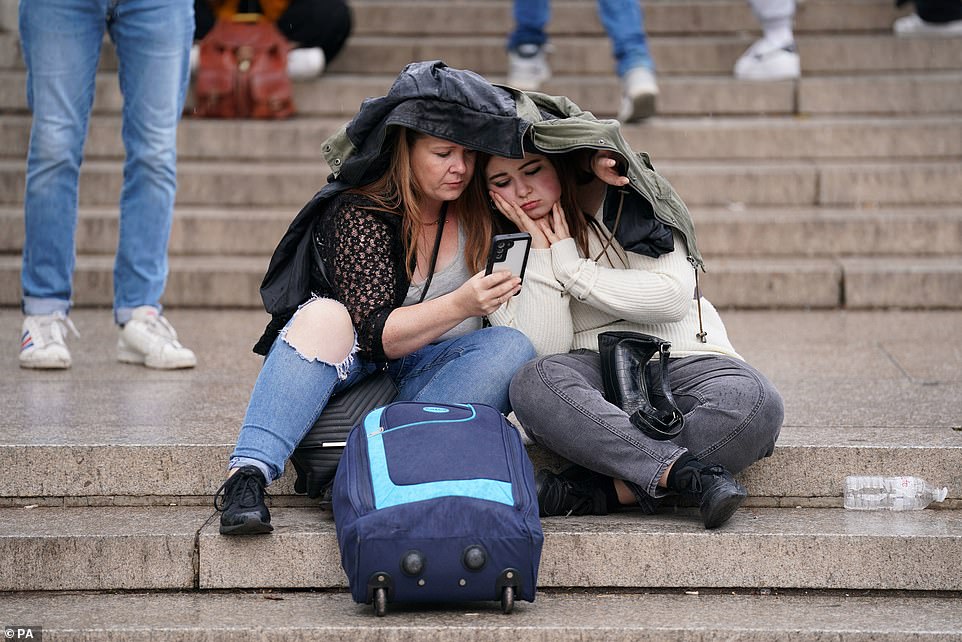 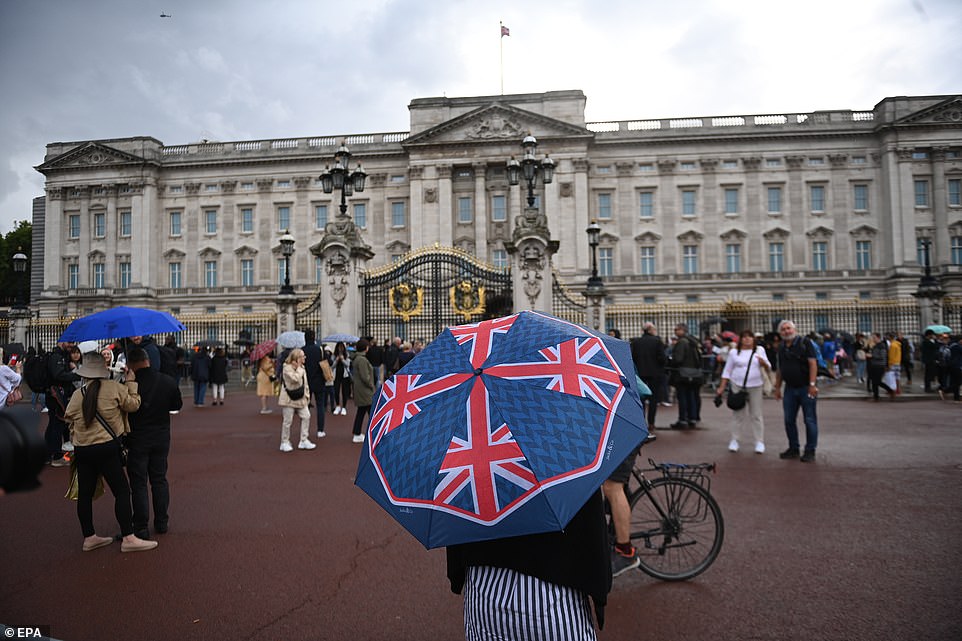 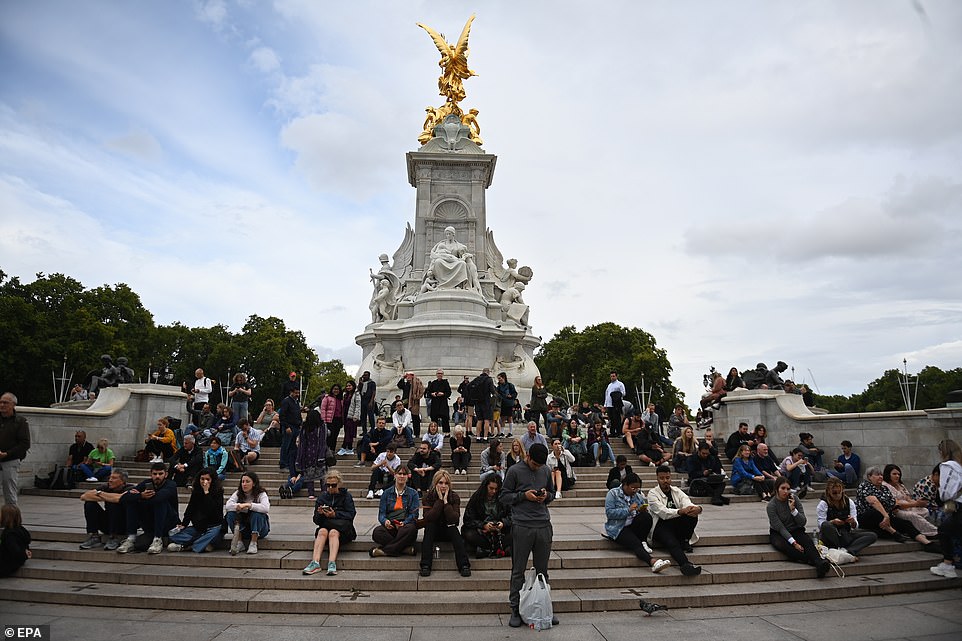 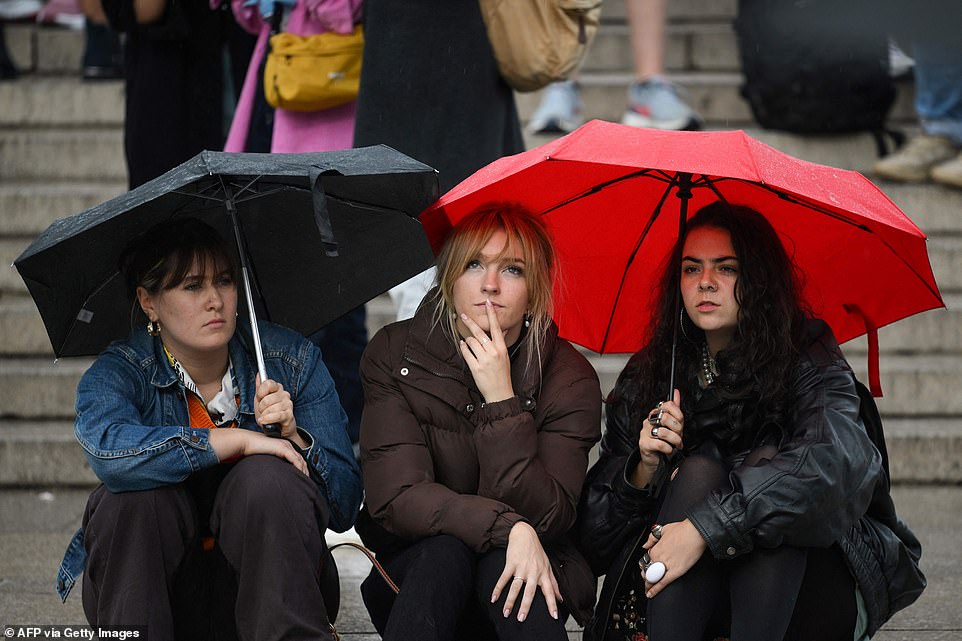 People react as they gather outside Buckingham Palace, central London 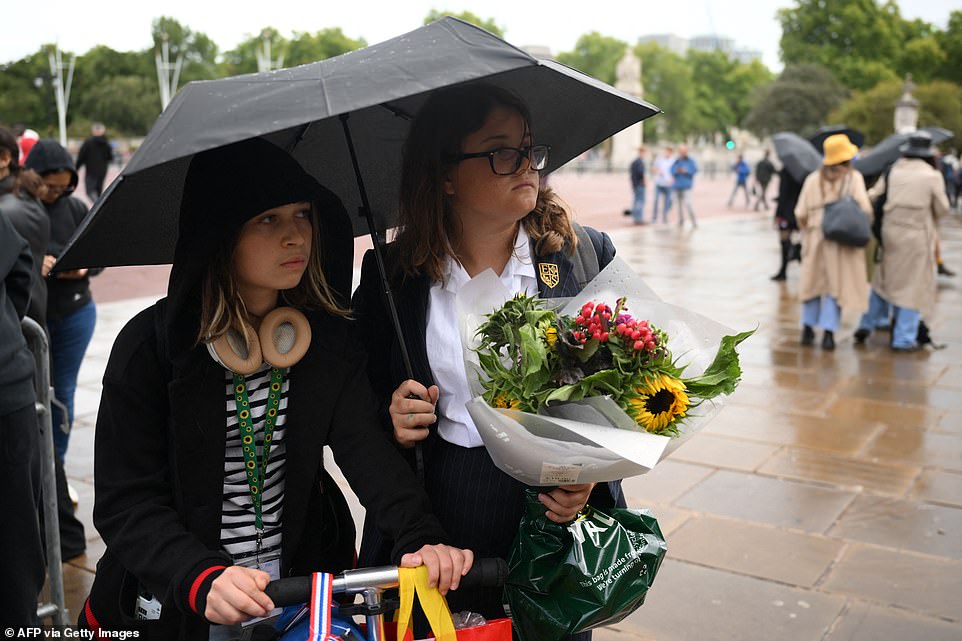 Well-wishers bring flowers as the rain falls outside Buckingham Palace 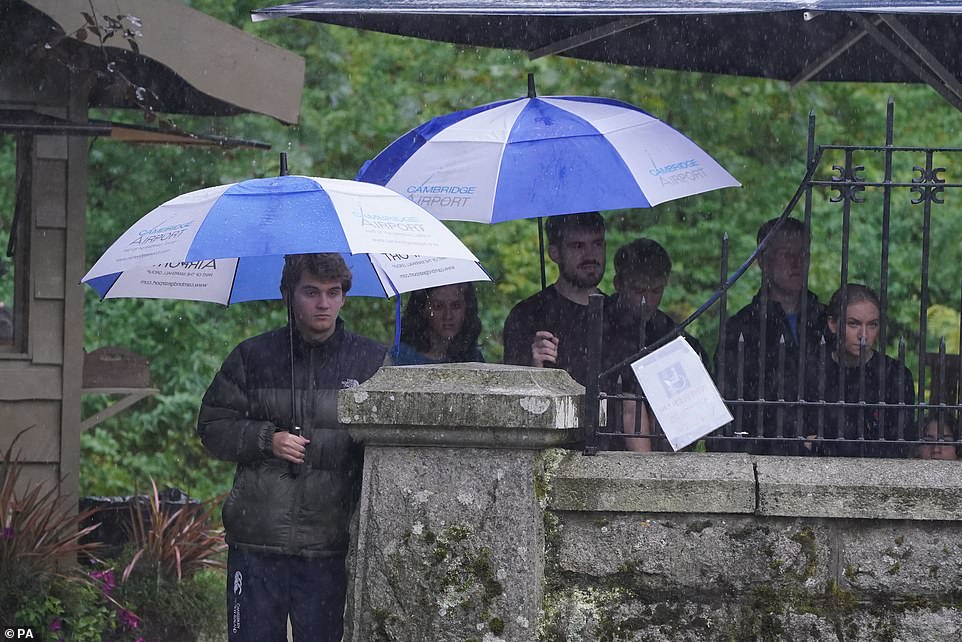 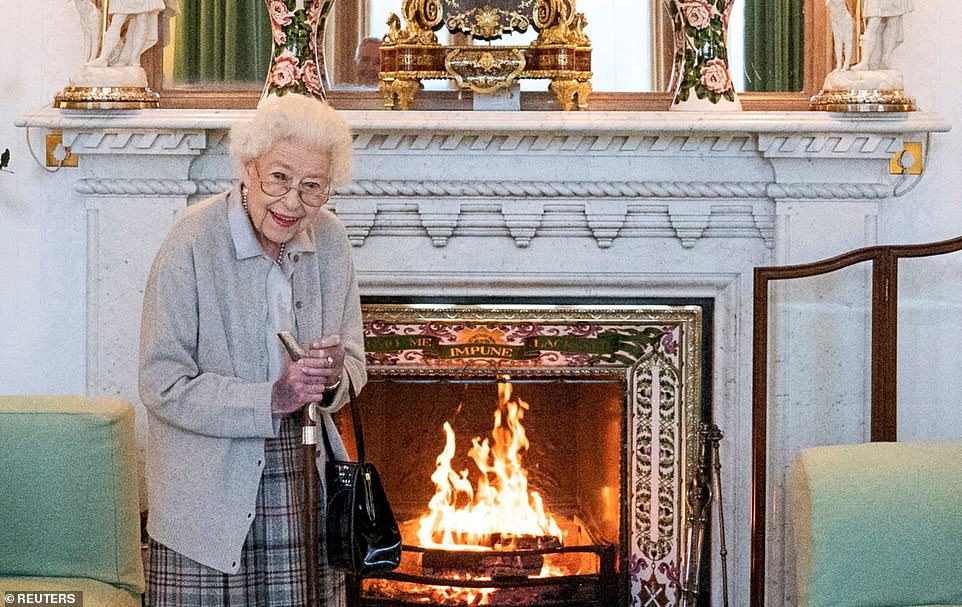 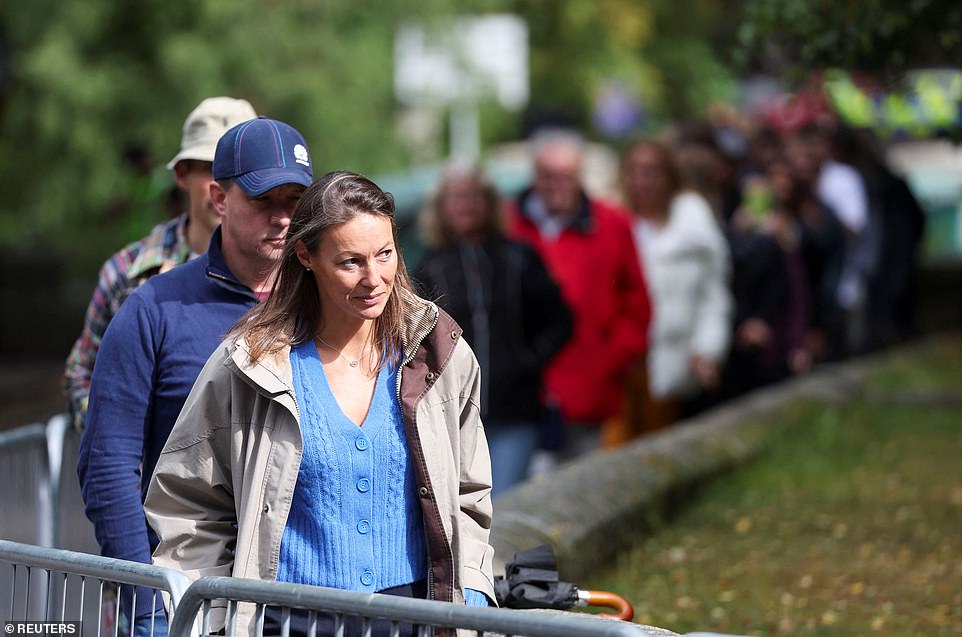 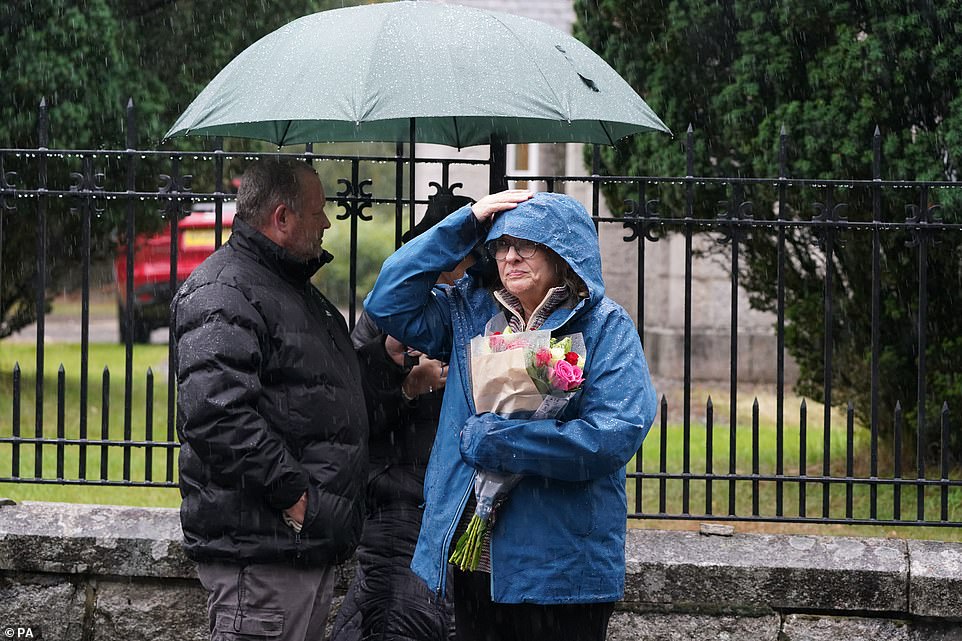 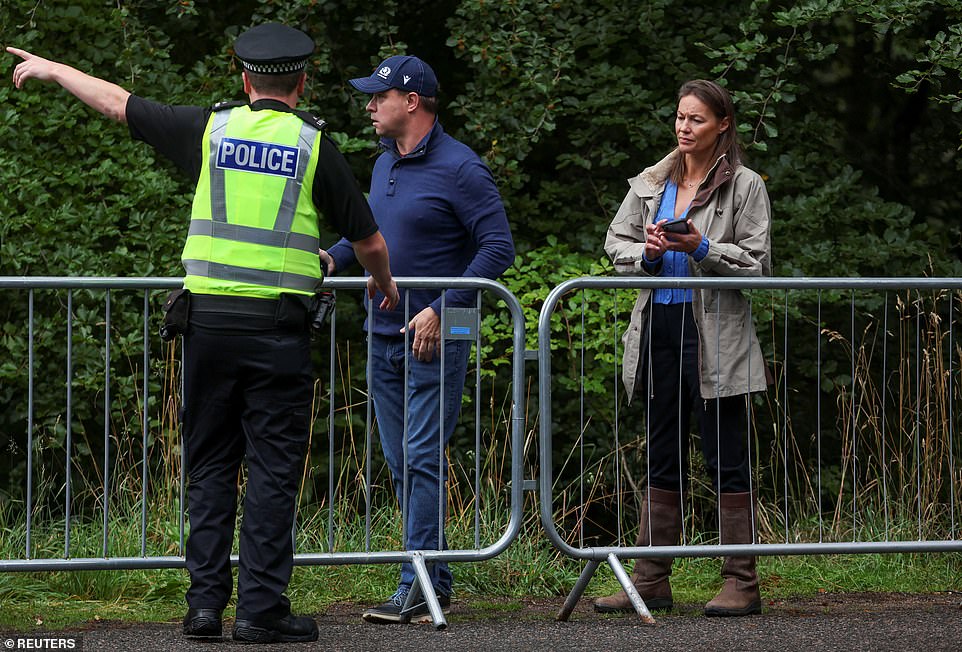 Schoolgirl Erynn Henderson and her mother Susan drove through the Highlands to offer their condolences to the royal family outside the castle.

The 15-year-old told MailOnline: ‘We’ve come to pay our respects to the Queen and offer our condolences to the royal family.’

Susan added: ‘I’ve followed the royal family through their ups and downs all my life. And the Queen was the best. She was very stoic. A really nice person.

Mother and daughter had driven from their home in Blairgowrie to Balmoral.

Police put up barriers outside the estate for members of the public to stand behind as they showed their support for the monarch before her passing was announced.

The crowds were being kept back from the castle gates as members of the Royal Family arrived at Balmoral to see the Queen.

Her Majesty had been under medical supervision since this morning after doctors became concerned about her health.

Prince Charles, Princess and Prince William were at the Queen’s bedside, while Prince Harry is still traveling to Balmoral Castle.

Prince Edward and Prince Andrew also joined the rest of the Royal Family.

Members of the public wished the Queen well earlier today.

Gord Ellenson, 59, from Toronto in Canada, said: ‘I’ve always liked the Queen, although I’ve never had the privilege of seeing her when she’s made the trips to Canada.

‘We have our own Constitution but we’re part of the Commonwealth and she’s our head of state.

‘At school there was a portrait of the Queen hanging up in the classroom. We used to sing ‘God Save The Queen’ in the mornings.

‘She’s been on the throne throughout my lifetime. To think she may no longer be here is just weird, really surreal.

‘I hope she pulls through and it’s not as serious as we all fear. She’s shown exemplary service for so many years.’

Jane Carroll, 67, from Reigate, in Surrey, heard the news as she was walking through nearby Green Park with a friend.

She said: ‘I’m surprised a little that her health seems to have taken a sudden decline but she looked quite frail a few days ago when she met Boris Johnson and Liz Truss.

‘I think that must have really taken it out of her and she did tremendously well to cope with it all.

‘The most important thing is that she’s not in any pain and I’m glad she’s said to be comfortable up in Balmoral.’

Lucia Perez, 36, originally from Argentina but now living in Barcelona, Spain, said: ‘It feels like quite a momentous occasion.

‘I only heard that she was said to be quite ill less than an hour ago.

‘I wanted to see Buckingham Palace right from when I first arrived in London but today it’s taken on added significance.

‘I’ve noticed people asking police officers by the gates to the palace what’s going on. We are all keen to find out the latest news and how the Queen is.

‘My heart is with her and her family, I give them my best wishes. The Queen is truly an international figure.’

Her sentiments were echoed by Chris Schmid, 46, from Geneva, Switzerland who added: ‘I hope she recovers well from this health scare.

‘She is important to the British people and to many others across the world.

‘You have to remember that she’s been on the throne for 70-years which is a very long time and she had performed her duties well.

‘I think she is with her family and has the best doctors and hopefully that will help. There will be many prayers for her tonight.’

Balmoral had long been one of the Queen’s favourite places and she was said to never be happier than when staying there.

She travelled to the estate in Aberdeenshire each summer, with members of her family invited to spend time with her while she was there. 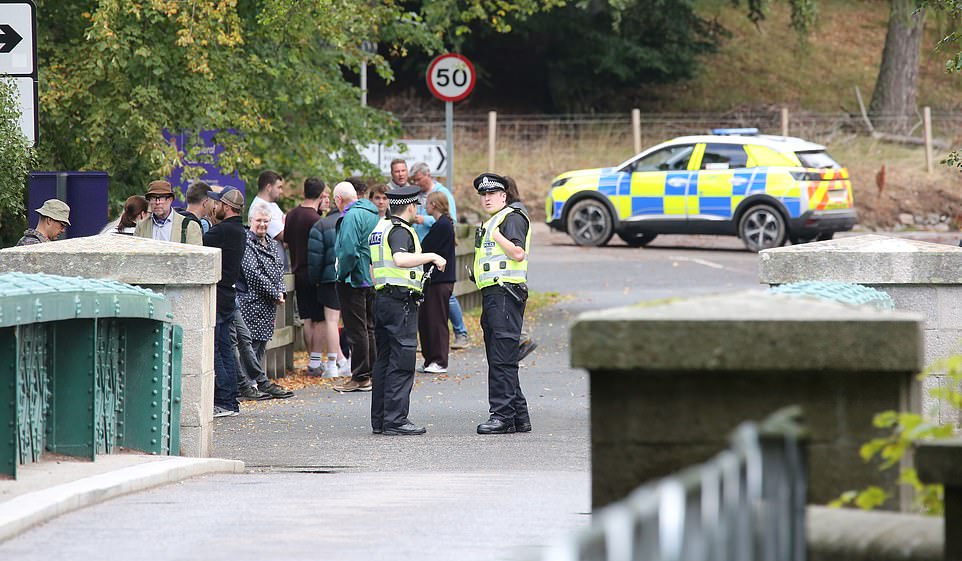 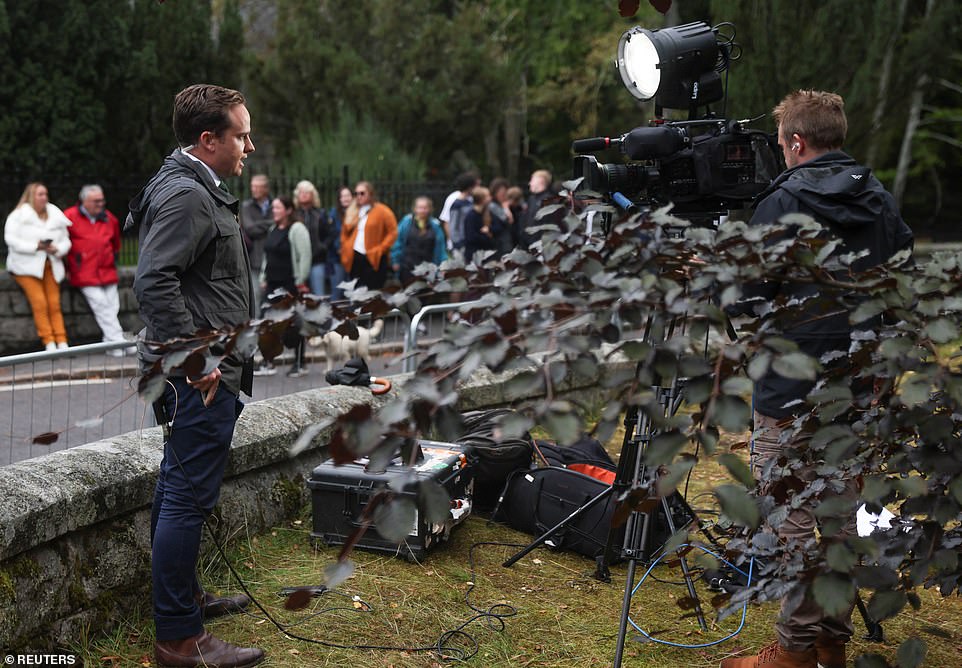 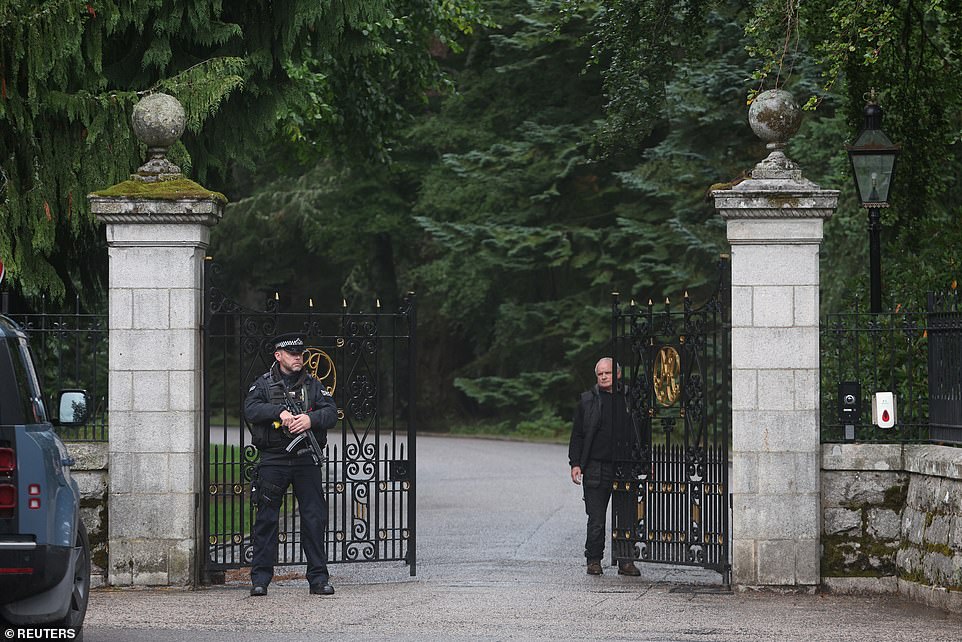 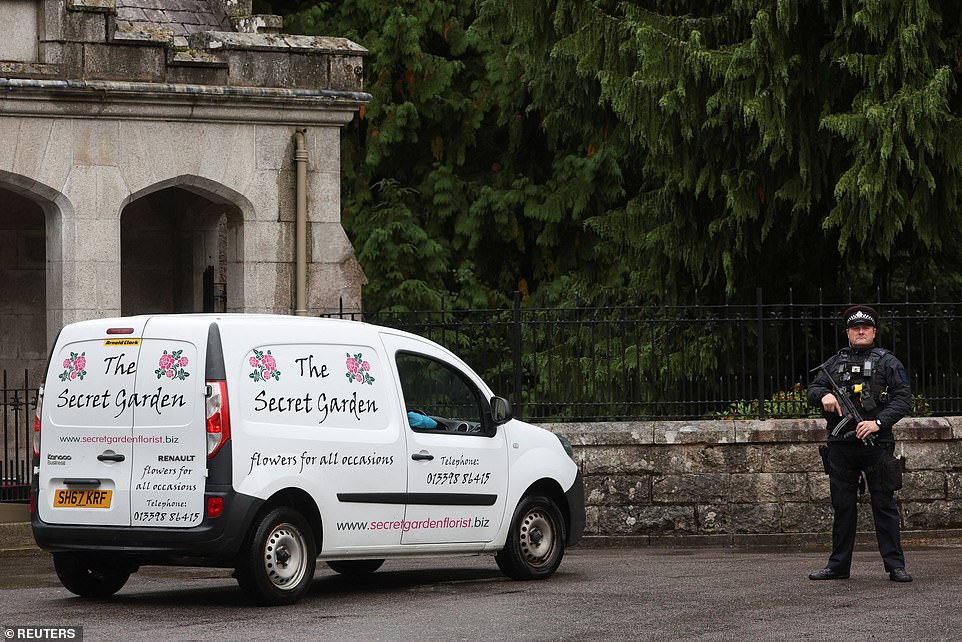 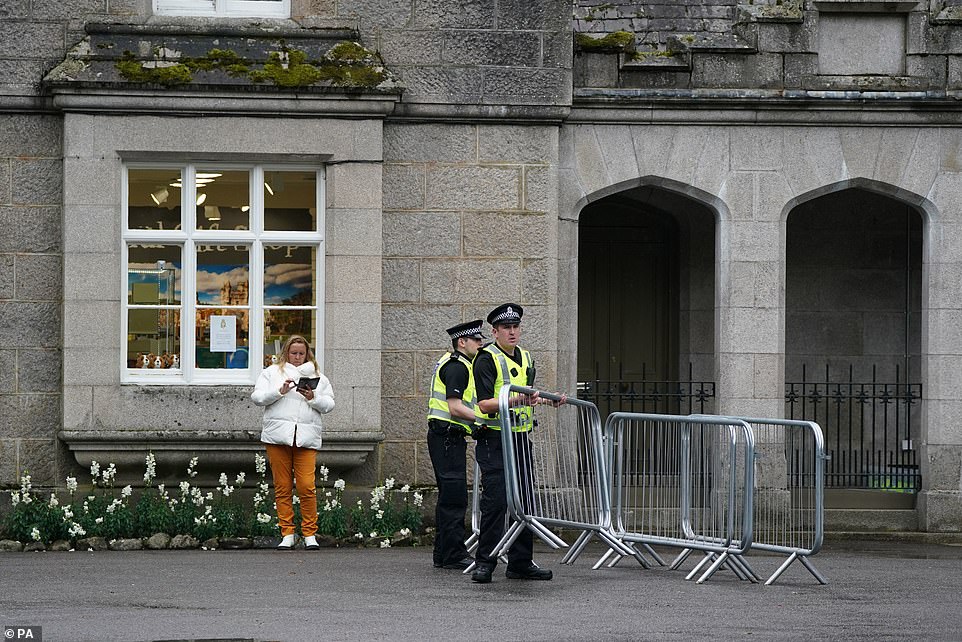 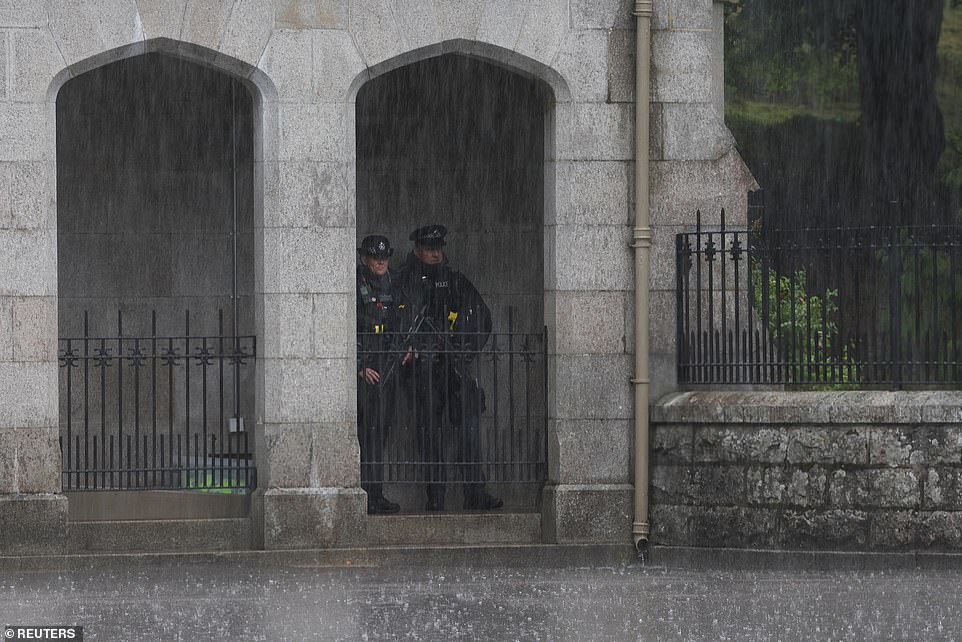 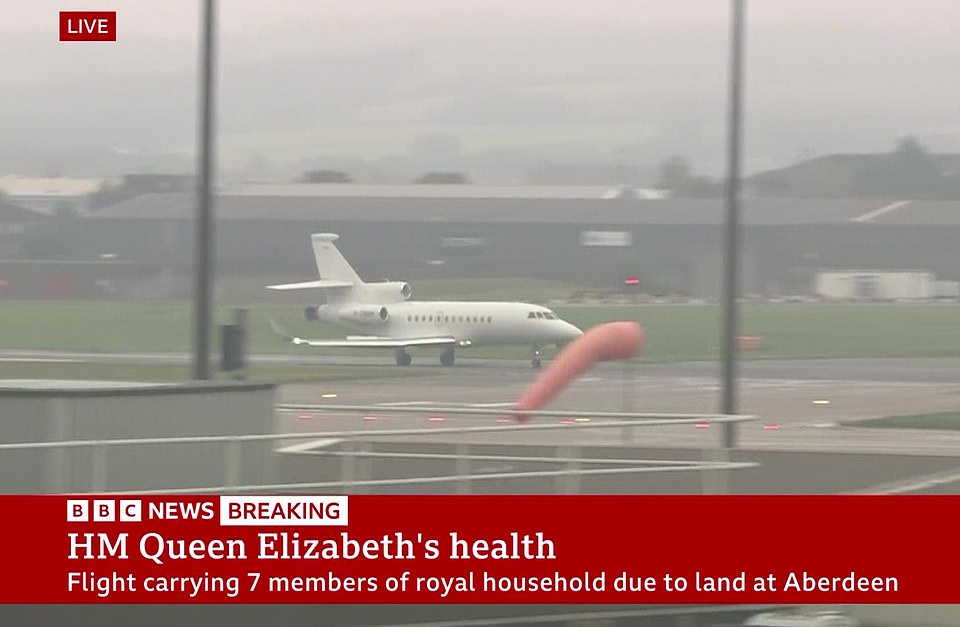 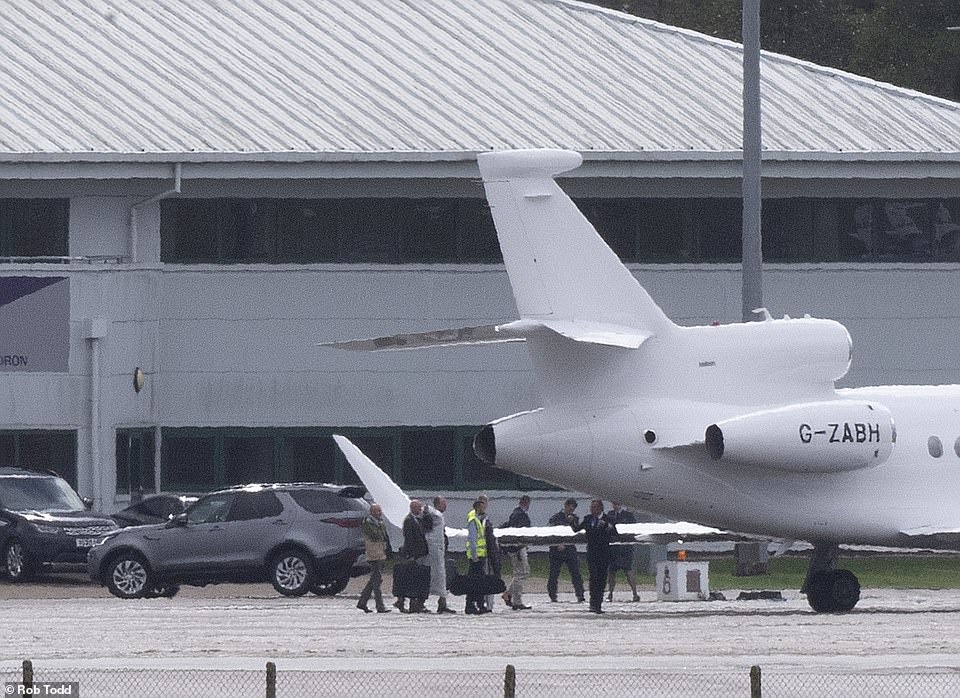 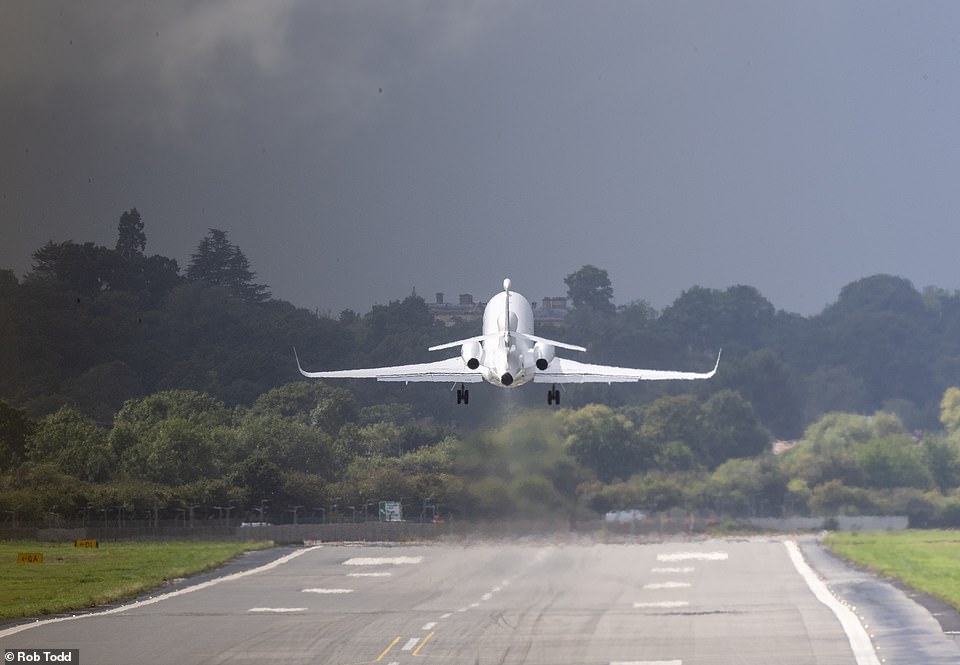 Balmoral Castle was handed down to her through generations of royals after being bought for Queen Victoria by Prince Albert in 1852.

The Queen’s traditional annual stay at the main property – after a break at Craigowan Lodge on the estate in July – usually stretched through August and September and into October.

This year she travelled to Balmoral on July 21 and remained at the estate to appoint a new prime minister there for the first time in her reign on Tuesday.

The 96-year-old monarch, who faced ongoing mobility issues, traditionally held audiences with outgoing and incoming premiers at Buckingham Palace but this year stayed in Scotland.

Outgoing prime minister Boris Johnson and his successor Liz Truss made the 1,000-mile round trip to Aberdeenshire for the key audiences this week.

It came after the Queen broke with convention earlier this summer when inspecting a guard of honour to officially mark taking up residence at her Scottish home.

Traditionally she inspects the guard of honour at the gates of Balmoral but this year she held the event privately within the estate’s grounds for her ‘comfort’, sources said.

Balmoral, like Sandringham, is a private residence of the Queen rather than a royal residence belonging to the Crown.

Princess Eugenie, the Queen’s granddaughter, once described Balmoral as the most beautiful place on the planet.

‘Walks, picnics, dogs – a lot of dogs, there’s always dogs – and people coming in and out all the time,’ she said.

‘It’s a lovely base for Granny and Grandpa, for us to come and see them up there; where you just have room to breathe and run.’

Years of royal memories have been forged at Balmoral, including family barbecues – where the Duke of Edinburgh did the cooking and the Queen the washing-up.

After Philip and Princess Elizabeth married in 1947, they spent part of their honeymoon at Birkhall – a grand hunting lodge on the Balmoral estate.

The Queen was staying with her grandsons William and Harry at Balmoral when their mother Diana, Princess of Wales died in a car crash in Paris in 1997. 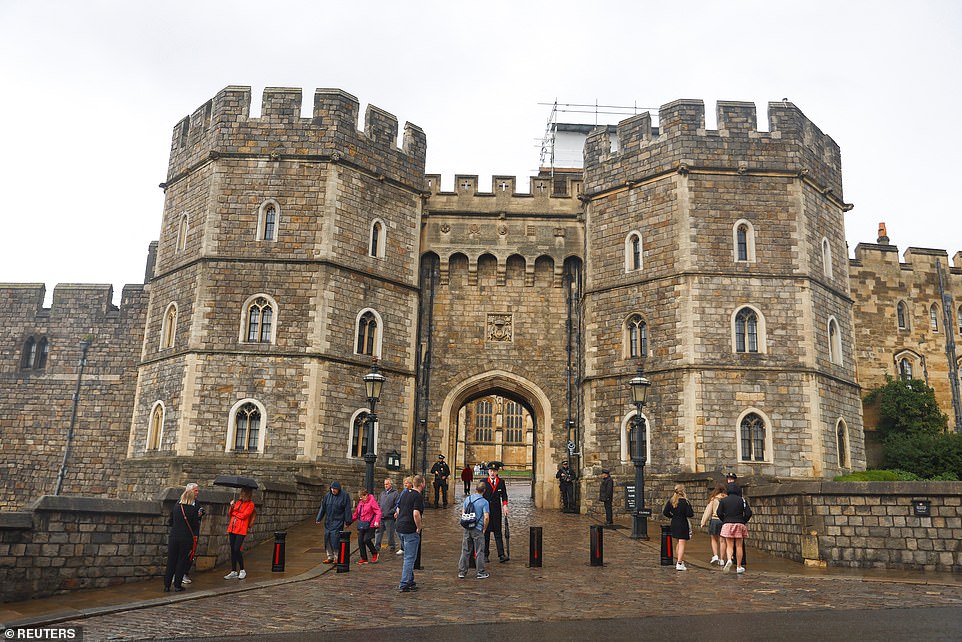 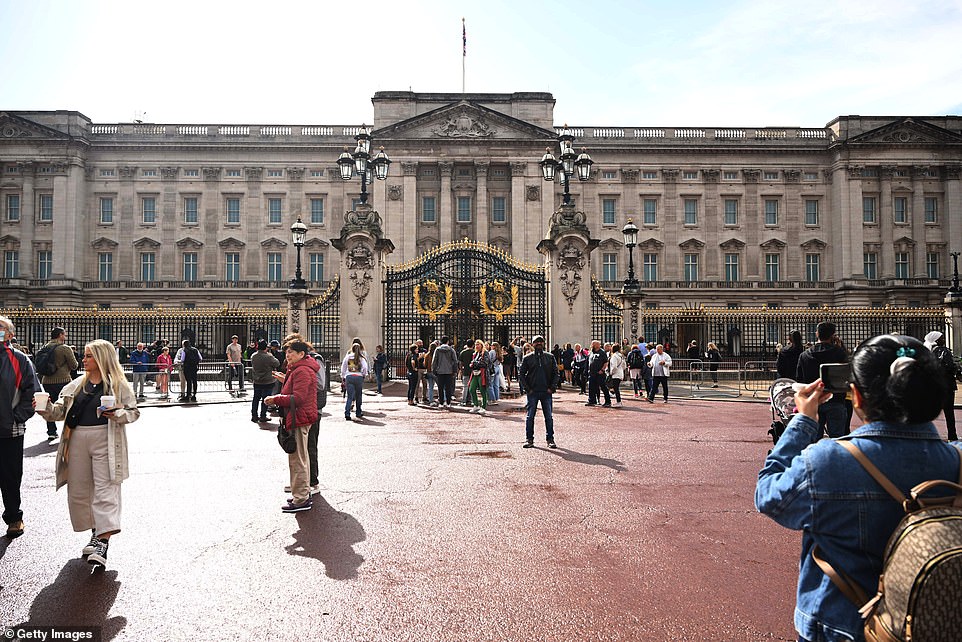