Consultant anaesthetist reveals masked raiders threatened to chop off his head as they stole his £70,000 Range Rover during home raid 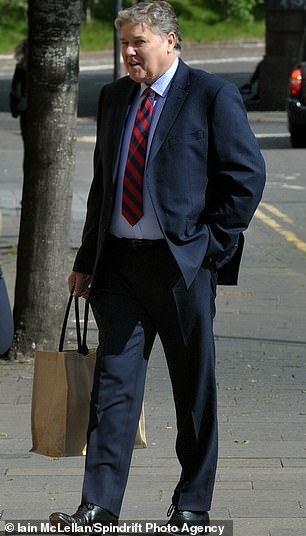 A doctor has revealed how masked raiders slashed him with a machete as they rampaged through his luxury home and stole more than £78,000 worth of goods.

Thugs threatened to behead the consultant anaesthetist and threatened his teacher wife, Caroline, as well as his son, Gavin.

The robbers stole the family’s £70,000 Range Rover as well as a haul of items including a £4,000 diamond ring and a £2,000 Rolex watch. Details of the crime emerged as two thugs were snared for their roles in it.

Declan McCluskey, 23, was convicted of assault and robbery after a trial at the High Court in Glasgow. Michael McInnes, 28, had earlier pleaded guilty to the same charge.

Both face lengthy jail-terms when they are sentenced next month. The raid occurred in the early hours of April 14 2018.

The Davidsons’ CCTV cameras caught the robbers – five in total – prowling the grounds of the detached house shortly before the raid. The family became aware of a ‘loud crash’ as the mob then forced their way in.

One of the robbers had a machete and was demanding to know where a safe was. Dr Davidson – who works at Glasgow’s Queen Elizabeth University Hospital – recalled ‘chaos’ in his home.

The 57 year-old was wounded on the leg with the machete. He was also threatened with a golf club. 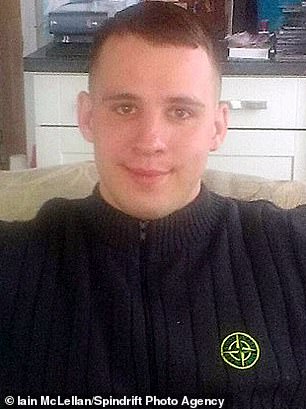 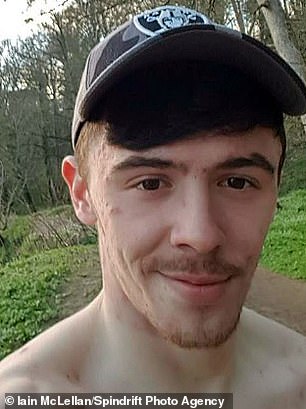 He said the house was ‘turned on its head’ as windows were damaged, drawers ransacked and phones ripped out of sockets. Mrs Davidson, also 57, was confronted by a robber with a scarf over his face.

She told prosecutor Shirley McKenna: ‘I asked him not to take my Rolex watch as my dad bought it for me 30 years ago – but I just wanted to remain alive.’

The mother was shoved into a bedroom and told to grab a pillow case. A traumatised Mrs Davidson said: ‘I thought he was going to put it over my head and he would slit my throat.’

But, the armed raider instead used the pillow case to bag loot from the house. A gang member at one point found a case and yelled at his accomplices: ‘Look what I’ve found – I think it’s cash.’

However, he then hurled it against a wall after it instead contained cutlery. Jurors heard how Dr Davidson thought about challenging the thugs despite fears for their lives.

He said: ‘I was threatened with the beheading, but there was a ski pole and I was almost at the stage of reaching for that and throwing it.

‘However, they then said: “Got to go”. They just left, but stated: “If you call police then we are coming back for you”. I honestly thought they would. I have never been as scared in my life.’

Mrs Davidson told the trial how she had pleaded with one of the robbers before they fled. She recalled: ‘I turned to him and said: “Have you got a mum?”. 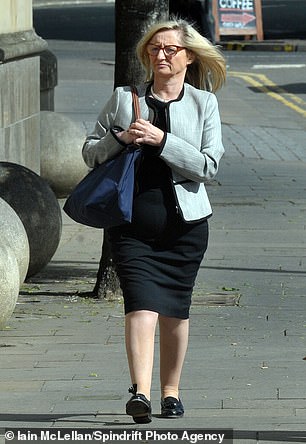 Dr Davidson ended up with his 27 year-old son Gavin, who also got caught up in the drama.

He told the court: ‘Caroline was huddled in the kitchen – she was a wreck. My wife was absolutely sodden with tears. She had actually thought we were dead upstairs.’

The gang escaped with the Range Rover as well as a Volkswagen Golf. owever, the raiders struggled to drive the vehicles away.

The 4×4 ended up being smacked off a wall while one of the robbers could not get the other car started.

Other goods taken were a £1,000 wedding ring, a £1,200 designer Mulberry bag, as well as an iPad and phones. McInnes and McCluskey were later held by police.

McCluskey’s DNA was found in the stolen cars – but he told jurors he had no idea who it got there. Both already had a history of violence.

McInnes was previously jailed for attempted murder while McCluskey has been locked up for assault.

McCluskey’s last sentence was in 2016 which also ordered him to be supervised when he was freed. The duo were remanded in custody pending sentencing next month.

Judge Johanna Johnston QC said: ‘This was a traumatic and horrifying attack in this home. What happened to this family was all done in pursuit of items stolen from them.’