Artist Damien Hirst burns thousands of his paintings in stunt

Damien Hirst’s work goes up in flames! UK’s wealthiest artist torches thousands of his paintings worth up to £10million in expensive NFT digital art stunt

Artist Damien Hirst is burning thousands of his original paintings – collectively worth almost £10 million – as part of a digital art stunt.

His exhibition, The Currency, is a collection of 10,000 NFTs (non-fungible tokens) which correspond with 10,000 original pieces of art by Hirst.

The concept was to give collectors the choice to either keep the NFT or swap it for the physical artwork.

If they did not exchange their NFT during the set period which ended on July 27, the physical piece of art would be destroyed.

Just over half of the collectors, 5149, decided to keep the artwork – while 4851 stuck with the NFT.

Hirst began the process of burning the art works at the Newport Street Gallery in Vauxhall, south London today, during Frieze week, and will continue to torch his paintings until the exhibition ends on October 30.

An incredible live stream showed the artist setting his own works on fire, one at a time. 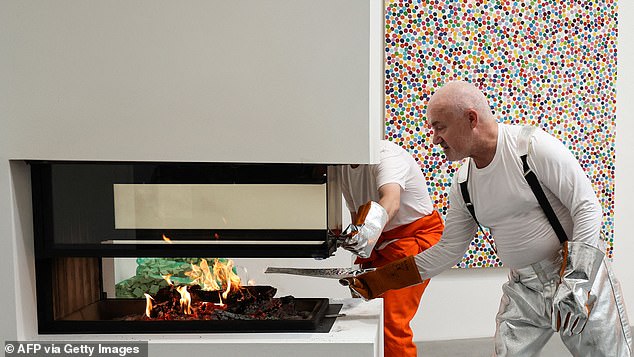 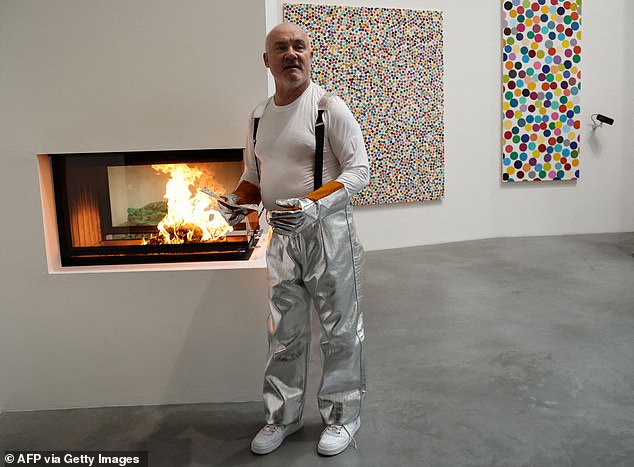 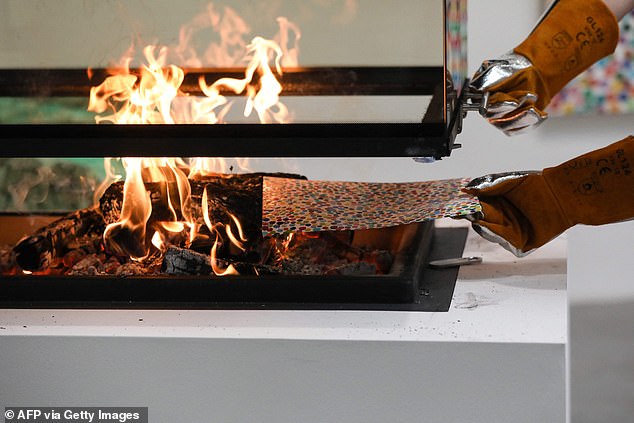 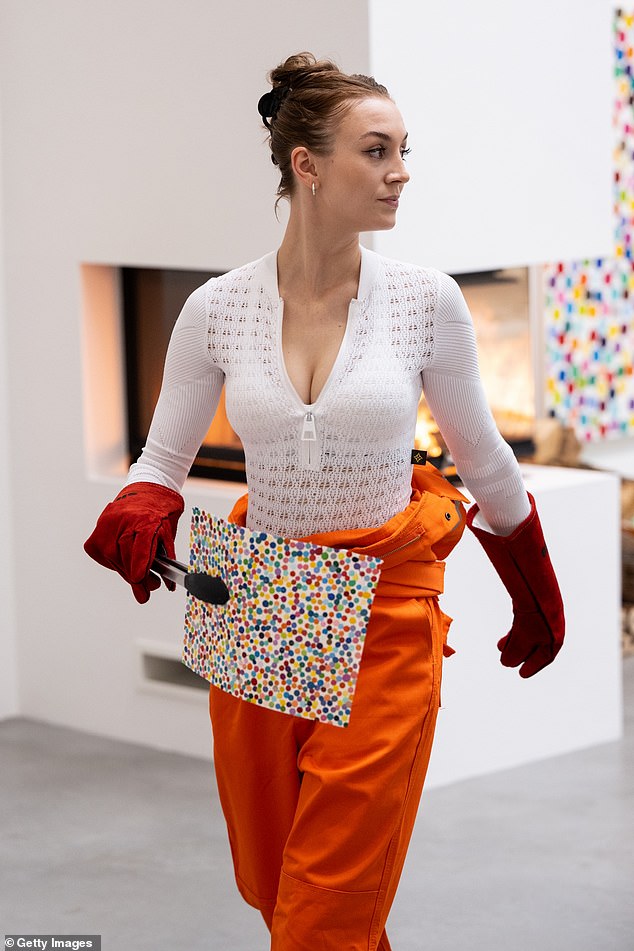 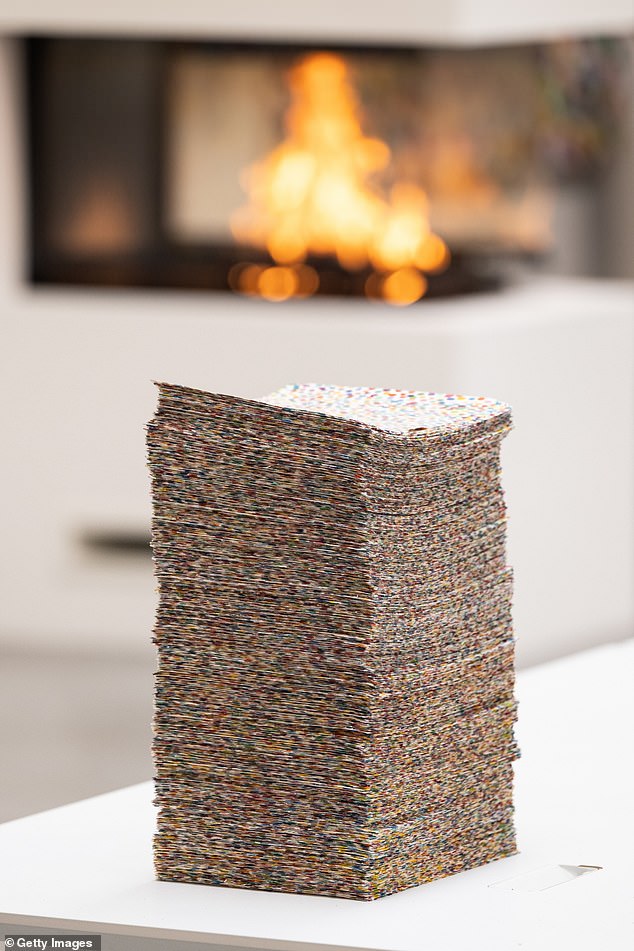 Hirst said: ‘A lot of people think I’m burning millions of dollars of art but I’m not, I’m completing the transformation of these physical artworks into NFTs by burning the physical versions’

Hirst wrote on Instagram yesterday: ‘Tomorrow I will be burning my 1,000 The Currency artworks which I kept as NFTs.

‘A lot of people think I’m burning millions of dollars of art but I’m not, I’m completing the transformation of these physical artworks into nfts by burning the physical versions, the value of art digital or physical which is hard to define at the best of times will not be lost it will be transferred to the nft as soon as they are burnt and I will be live-streaming the full burn here on instagram. Tune in tomorrow at 12:30pm BST.’

Many fans followed the live stream virtually as there was limited capacity at the gallery.

‘Was happy to sell my NFT in its absolute peak but can’t wait to see where the journey goes from here for currency! Incredible,’ one wrote.

An NFT is a unique computer file encrypted with an artist’s signature, which acts as a digital certificate of ownership and authenticity.

Unlike similar technologies such as bitcoin, each NFT is in some way unique and can only have one owner at a time. They can be used for more than just currency.

In the past few years, NFTs have been adopted by people seeking to turn art, music, videos and games into digital assets – and have been hailed as the digital answer to collectibles.

Most NFTs use blockchain – the decentralised leger first used by bitcoin to track ownership of the cryptocurrency – to record who owns them and allow them to be traded or modified.

What is a NFT?

A Non-Fungible Token (NFT) is a unique digital token encrypted with an artist’s signature and which verifies its ownership and authenticity and is permanently attached to the piece.

Most NFTs include some kind digital artwork, such as photos, videos, GIFs, and music. Theoretically, anything digital could be turned into a NFT.

Where do you buy them?

At the moment, NFTs are most commonly sold in so-called ‘drops’, timed online sales by blockchain-backed marketplaces like Nifty Gateway, Opensea and Rarible.

Why would I want to own one?

There’s an array of reasons why someone may want to buy a NFT. For some, the reason may be emotional value, because NFTs are seen as collectors items. For others, they are seen as an investment opportunity similar to cryptocurrencies, because the value could increase.

When were NFTs created?

Writer and podcaster Andrew Steinwold traced the origins of NFTs back to 2012, with the creation of the Colored Coins cryptocurrency. But NFTs didn’t move into the mainstream until five years later, when the blockchain game CryptoKitties began selling virtual cats in 2017.