Drink-driving mother, 42, caught six times the legal limit at 9.25am after dropping her son off at school is spared jail by ‘shocked’ magistrates who had ‘never heard of such a high reading before’

A mother who drove her son to school while almost six times over drink-drive limit was spared jail but ordered to attend rehab and an alcohol treatment programme.

Rachel Sullivan, 42, blew the highest reading a bench of magistrates has ever heard after dropping her 13-year-old son off at school last month.

The Southern Derbyshire Magistrates’ Court was told Sullivan was ‘swerving’ and ‘stinking of booze’ when officers conducted a breath test that revealed she was almost six times the legal limit.

Sullivan, who has no prior convictions, pleaded guilty to drink-driving. In her probation interview, the mother said she had been struggling emotionally following the loss of her mother and a break-up.

She was handed a six-month jail sentence, suspended for two years, on Tuesday.

As part of the suspended sentence order, Sullivan was ordered to attend 20 rehabilitation sessions and a six-month alcohol treatment programme.

She was also disqualified from driving for three years and was ordered to pay £239 in court costs and charges. 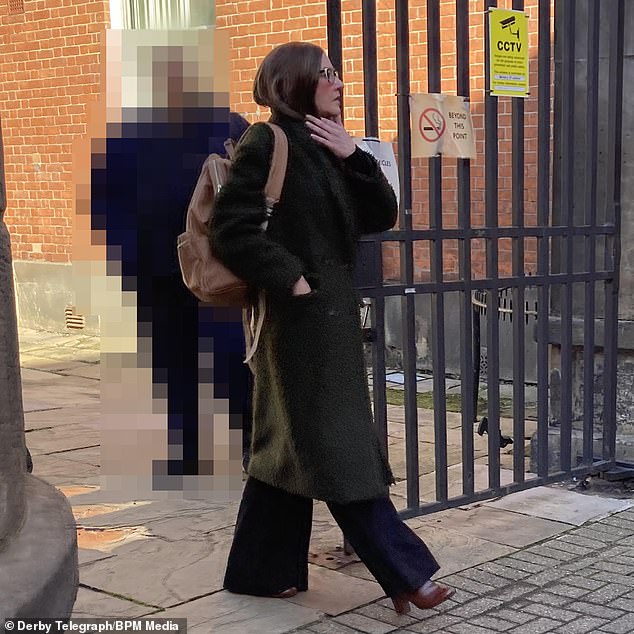 Rachel Sullivan, 42, (pictured) blew the highest reading a bench of magistrates has ever heard after dropping her 13-year-old son off at school last month. She was spared jail but ordered to attend rehab and an alcohol treatment programme

Handing her sentence, Magistrate Margaret Tate, chair of the bench, said: ‘My colleague and I have listened to everything that has been said on your behalf and frankly we were shocked at the reading you gave.

‘We have never heard of such a high reading in the court before.

‘You drove with a child in the car, there was poor driving, you put yourself in danger, you put other people in danger and you parked outside a school.

‘Without doubt this has passed the custodial threshold.’

Sullivan, of Littleover, was challenged by a fellow driver who witnessed her driving a black Ford Focus in Kingsway at around 9.25am on September 23.

The witness described the car ‘being driven erratically, swerving into the left hand lane, back to the right hand lane and back again,’ the prosecution alleged.

Nicole Baughan, prosecuting, said: ‘The traffic came to a stop and the (witness) approached the vehicle and could smell alcohol on her (the defendant’s) breath and telephoned the police.

‘When the police arrived Miss Sullivan was sitting in the driver’s seat and failed a roadside breath test when she blew 194 (micrograms of alcohol in 100 millilitres of breath, the legal limit is 35).

‘She was taken into custody and gave an evidential reading on the intoxiliser of 169. In interview she said she had been drinking wine the previous evening had taken her son to school and then finished the rest of the bottle of wine.’ 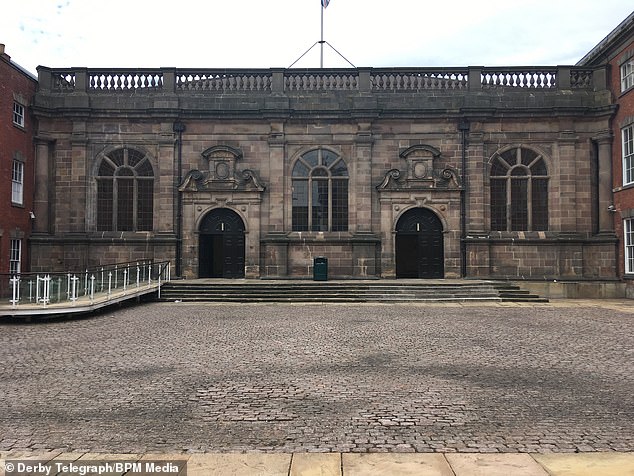 In her probation interview, Sullivan admitted to dropping off her son in Mickleover, going home and finishing the rest of a bottle of wine she had started the night before. She then got behind the wheel to go to work.

Sullivan told the author of her pre-sentence report how she lost her mother five years ago and thought she had coped well but was then further affected by the break-up of a relationship around a year ago.

That officer told the court she had ‘concerns about her honesty’ in terms of how much alcohol Sullivan admitted to drinking.

She said: ‘I asked her why she had driven her son to school and she said the reason was she thought she was okay to drive having slept and drank coffee the next morning.’

Felicity Coates, mitigating, said Sullivan works as a secretary and accounts assistant at a local company and felt ‘shaky and anxious’ at the prospect of being sent to prison.

She said: ‘It is an extremely high reading and the circumstances are sad. Clearly this is going to cause her some issues, the press are in court which no doubt means she’s going to be in the paper and that is going to be heartbreaking for her.’