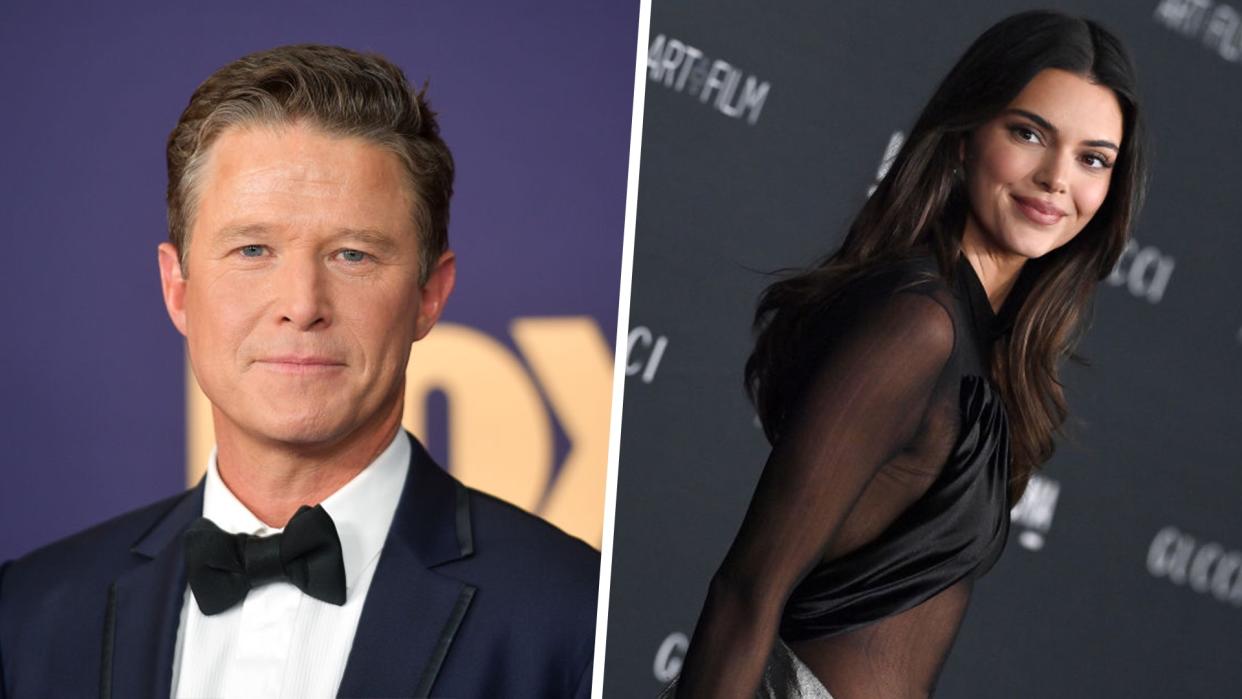 Billy Bush is in the news for another "hot mic" moment, this time over a crass joke he made about Kendall Jenner. The entertainment journalist was fired from NBC in 2016 after the infamous Access Hollywood tape.

The Daily Beast obtained audio from an Oct. 31 taping of Extra in which Bush comments about Jenner's Halloween costume. The model dressed up as Toy Story's Jessie, who is Woody's close friend, but Jenner's version of the yodeling cowgirl was a more risqué look. Bush quipped on set: "Kendall goes as Jessie and, believe me, there were a lot of woodies."

That isn't the joke that ultimately made it on-air. While discussing Jenner's costume, the Extra host quipped how "it's going to be hard to see Toy Story the same way ever again."

A source close to the situation tells Yahoo Entertainment that Bush's remark was made in an environment similar to that of a writers room. While taping the show, various comments and jokes are thrown out to see what sticks. That line about Jenner obviously didn't make the cut. The insider says Bush's comment falls under protected free speech.

Telepictures, the production company behind Extra, tells Yahoo in a statement: "As with many forms of production in the entertainment industry, the show's creative process allows the flexibility to try different jokes and banter. In the end, some material lands on the cutting room floor, including remarks that may be too edgy to air on broadcast television."

Representatives for Bush and Jenner did not immediately respond to our request for comment.

Extra threw Bush a lifeline in 2019 by hiring him to host the revamped entertainment news show. Bush, a nephew of President George H. W. Bush, saw his career derailed when in the run-up to the 2016 election, audio was leaked of a lewd conversation between himself and Donald Trump. Bush was fired from the Today show. Trump went on to become president.

Bush revealed last year he turned to alcohol as his career was in a downward spiral.

"I think it took me 'til recently… probably four years to really, you know, four or five years to really get… through the PTSD," Bush said on Olivia Jade Giannulli's podcast. "Because it's brutal… I’m providing for my family…. I have a livelihood, you know? And all of a sudden you're unhirable for three years in the business that you love."