Supporters of President Jair Bolsonaro are seeking an investigation into Sunday’s election after he confounded polls and forced the race to a run-off, according to his son.

And he said Brazilians expect Trump to return to the White House.

But he reserved particular anger for polls that had given Lula as much as a double digit lead, which he said may have prompted some supporters to vote for other candidates.

‘We do not believe they were wrong by a mistake or science,’ he told DailyMail.com.

‘They were wrong because they are trying to influence the elections.’

The highly polarized election will determine if the country returns a leftist to lead the world’s fourth-largest democracy or keeps the hard -right incumbent in office for another four years.

Da Silva came close to an outright majority with 48.4 percent of the vote to Bolsonaro’s 43.2 percent. 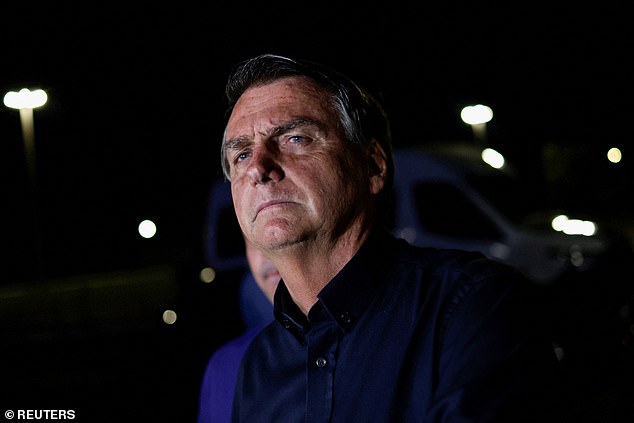 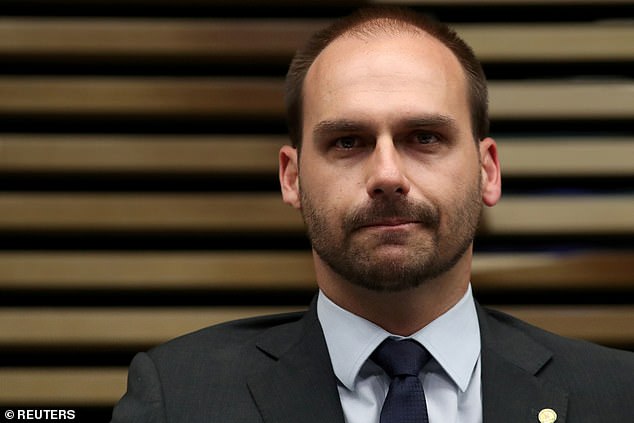 The president’s son Eduardo, who is also a member of the Chamber of Deputies, said the result showed that pollsters had been not just wrong, but actively trying to influence the outcome 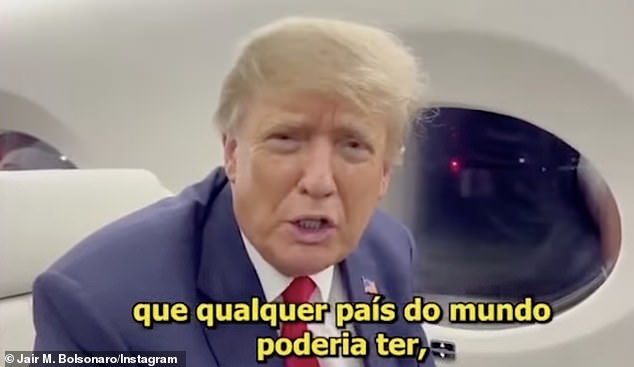 Eduardo Bolsonaro also praised an endorsement video recorded by Trump on his private plane on Saturday night, which he said had an important impact on the outcome

But that is enough to suggest that the rightwing wave he rode to the presidency in 2019 remains a force and has made his backers believe he can pick up the vote tallies of eliminated candidates, giving him a path to victory in the October 30 run-off.

And his son said Trump’s impact showed that the former president remained a huge force in international politics.

Trump recorded a video endorsement as his private jet prepared to take off from Michigan after a rally on Saturday night.

‘To the people of Brazil, you have a great opportunity to reelect a fantastic leader, a fantastic man, one of the great presidents of any country in the world – President Bolsonaro,’ said Trump.

‘He’s done an absolutely incredible job with your economy, with your country. He’s respected by everybody all throughout the world.’ 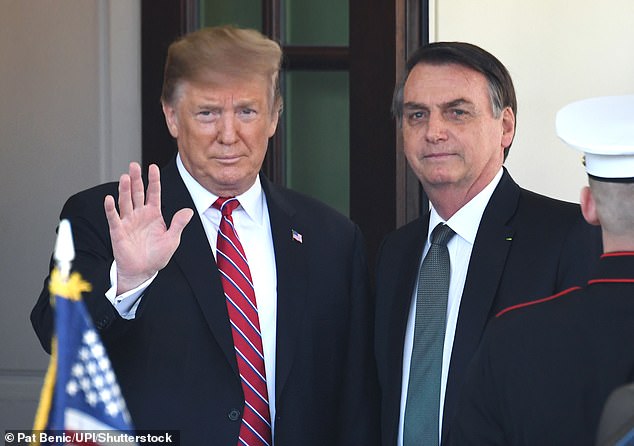 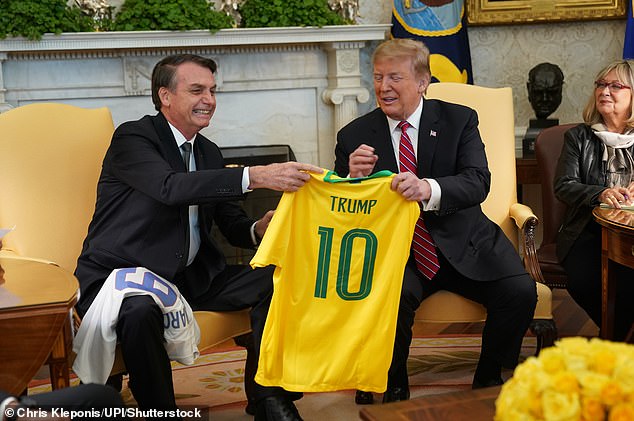 Bolsonaro presented Trump with a Brazil soccer jersey during that visit 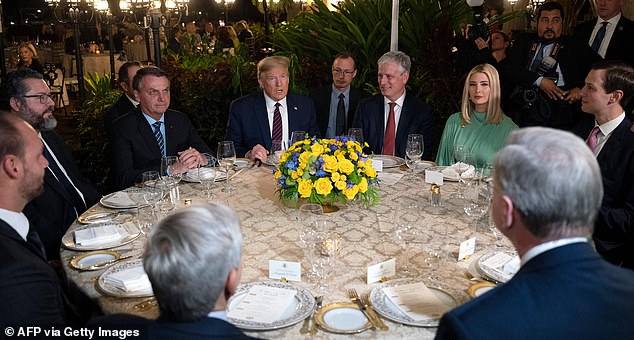 A year late Bolsonaro joined Trump and officials from both sides at a working dinner at Mar-a-Lago. Eduardo Bolsonaro can be seen at the left of the picture

‘The video was incredible,’ he said, adding that it had attracted more than 100,000 comments.

‘It was by far number one when you talk about foreign support for President Bolsonaro.’

He dismissed claims by Trump’s opponents that the former president’s influence was on the wane.

‘You have a big expectation of Brazilians here that he will be again the president of the United States. So his status is not the status of a regular politician.’

Bolsonaro was a frequent visitor to Trump’s White House and Mar-A-Lago, the former president’s Florida home.

Both the Brazilian president and his son are pictured in the former president’s book, ‘Our Journey Together.’

Bolsonaro has at times followed Trump’s playbook, invoking his nationalist rhetoric, playing down concerns about COVID-19 and claiming — without citing evidence — that electronic voting machines are vulnerable to fraud.

He has not challenged the outcome of Sunday’s vote.

But his son said they were collecting signatures to launch a congressional investigation. 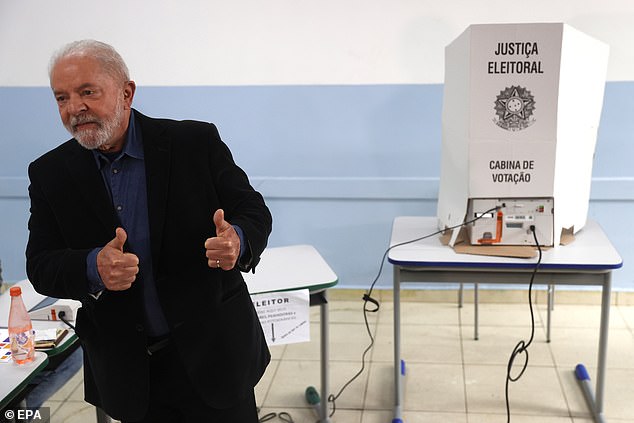 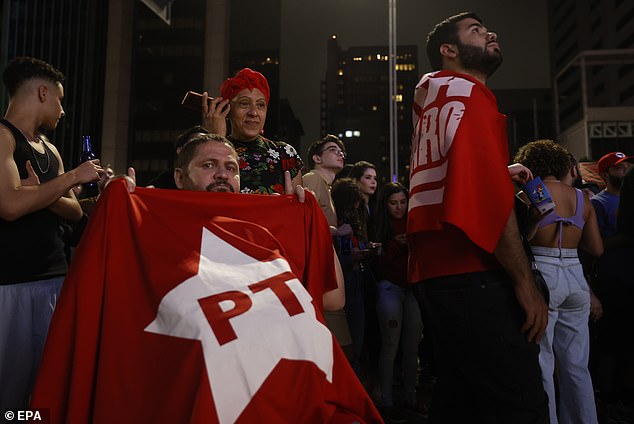 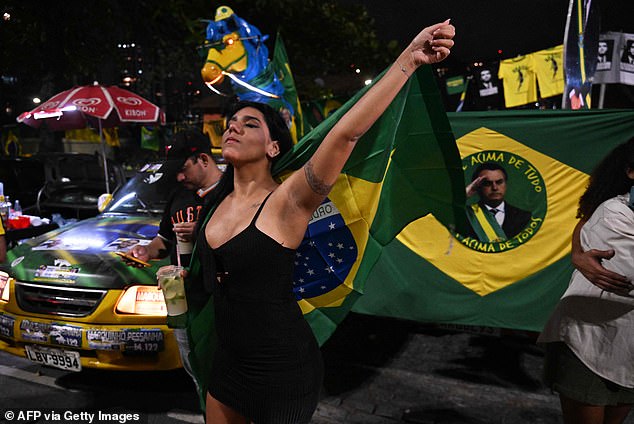 He said results for other candidates from Bolsonaro’s Liberal Party were better than than the president’s result.

‘When you look at the votes for president, very strangely, you didn’t see the same results for Bolsanaro, which means you have some people voting for our candidates for governor who are voting for Lula as president,’ he said.

But he was confident that the second round would go their way, with many local elections already finalized.

‘It’s very common for the local politician, when he’s a candidate, he pays for buses to bring their voters,’ he said.

‘We do not think they will do this again.

‘At the same time we think our people will get more excited.’