Britain braces for a wet and windy weekend

Heavy rain and wind is expected to hit Britain this weekend ahead of a cold snap for the general election week – which could mean voters heading to the polls in frosty or even snowy conditions.

Met Office forecasters are predicting blustery showers across the UK from Saturday to Monday, while yellow weather warnings are in place today across Glasgow, western Scotland and the Highlands.

Gusts could reach up to 65mph in Scotland today and tomorrow with rainfall exceeding 100mm on higher ground. 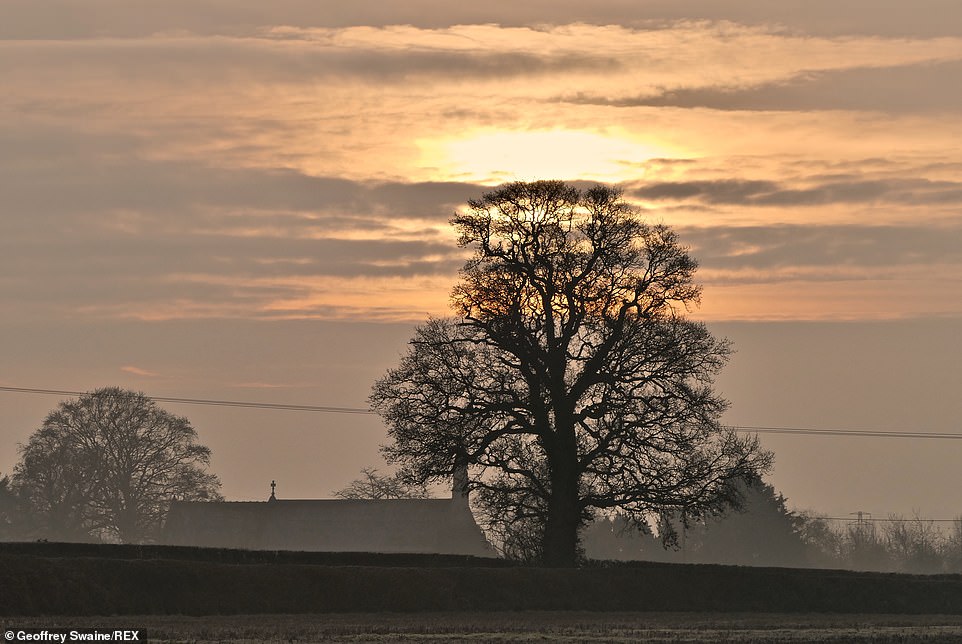 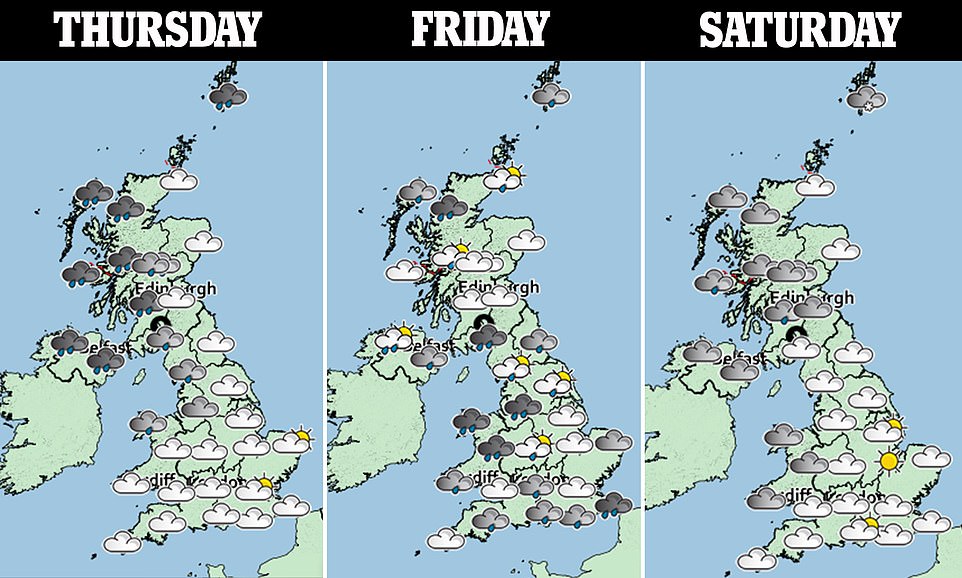 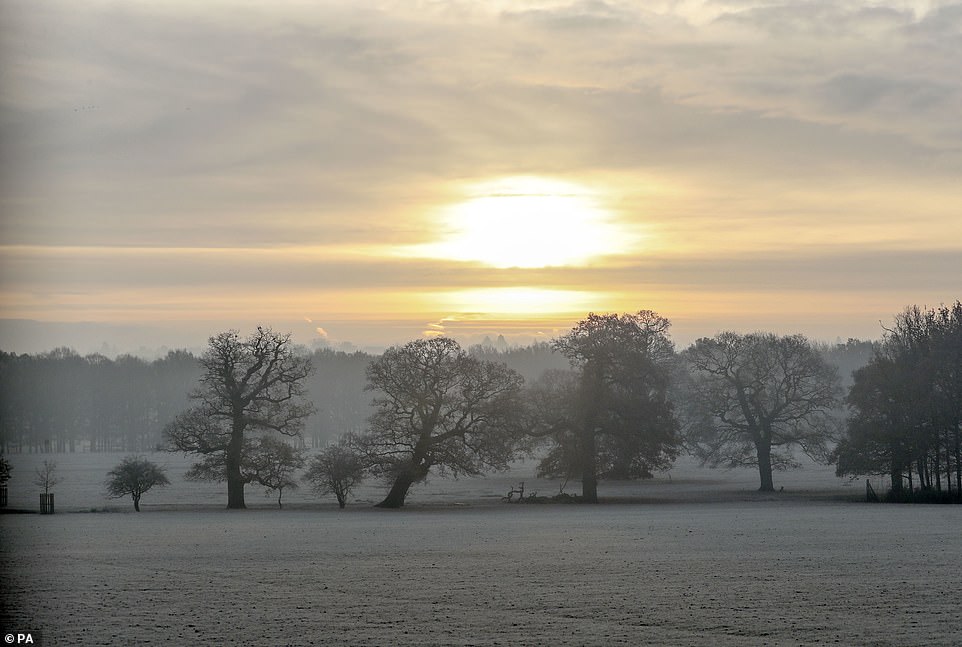 Windsor Great Park in Berkshire was a winter wonderland this morning, with frost covering the ground

Marco Petagna, a Meteorological Office forecaster, warned of a ‘slight covering’ of snow across hilly areas such as the Pennines next week.

He said: ‘Snow is possible in the north, certainly Scotland and potentially the Pennines at times and parts of Northern Ireland.’

The Met Office said there could be a ‘risk of more widespread snow’ on the edge of any incoming rain bands.

In the meantime, milder air is due to move in for most parts of the country.

Today is due to be mainly cloudy, with a band of rain sinking southwards during the evening and through the night, accompanied by strengthening winds.

The weather front is due to remain across southern England tomorrow morning before it clears to be replaced with sunshine and showers.

Temperatures could reach highs of 12C (54F) on Friday in many areas of England and Wales, but will start to become chillier through the weekend from the north.

A further band of rain is due to cross the country on Saturday night into the early hours of Sunday, turning wet and windy later. Rain should clear overnight to leave Sunday and Monday windy with heavy, blustery showers, the Met Office says. 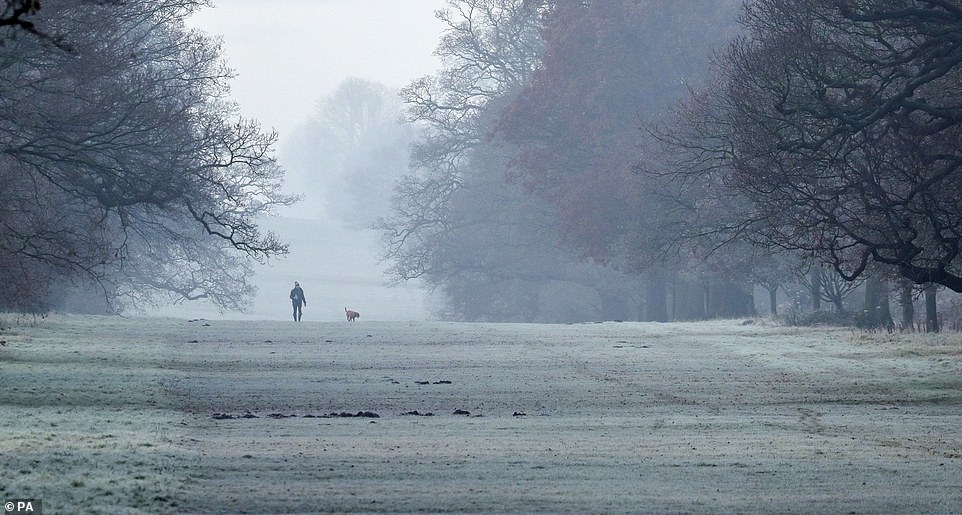 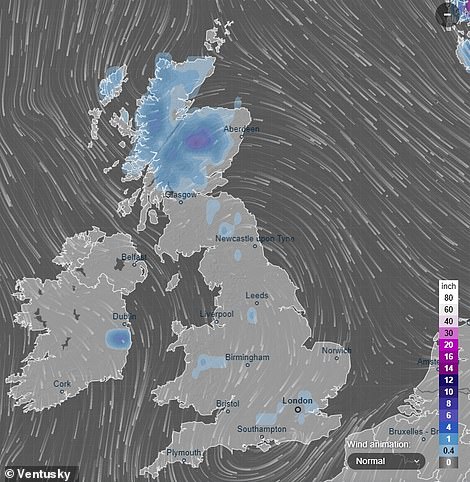 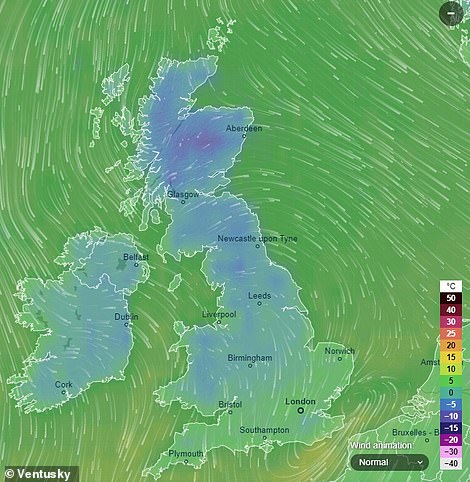 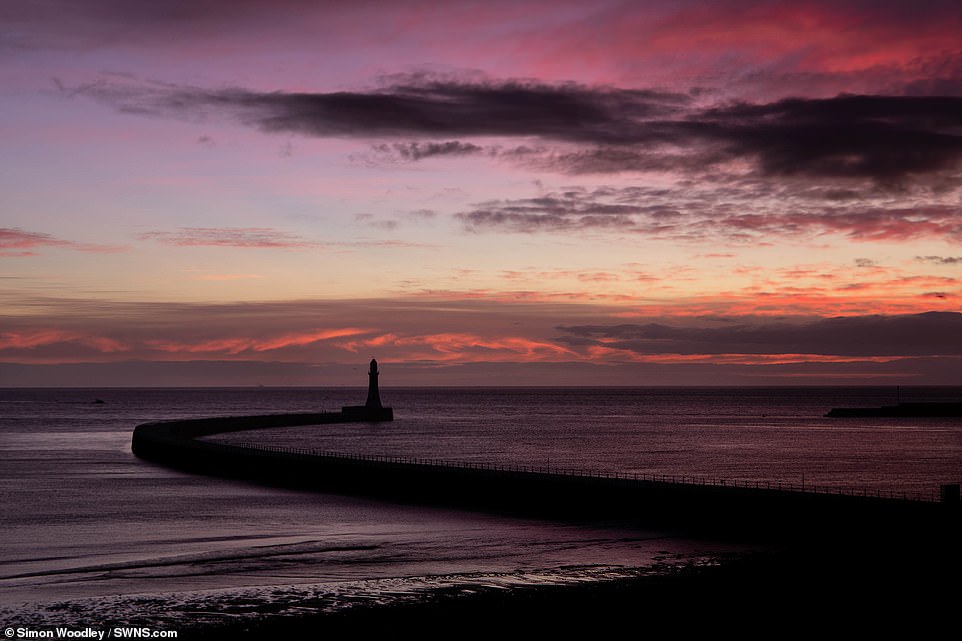 Monday is set to be a mixture of sunshine and blustery showers and temperatures are set to fall to around the seasonal average of between 7C (45F) and 9C (48F).

Monday night into Tuesday could see the return of a frost in rural areas.

Describing next week’s likely weather, the Met Office said: ‘These (showers) could turn wintry over higher ground in the north.

‘The heaviest showers will be seen along North Sea coastal areas, with the northwest staying dry. It will be rather cold with some patchy frost overnight.’

Through next week, forecasters predict the ‘more unsettled theme is likely to persist’ bringing ‘showers or longer spells of rain, with drier interludes remaining short-lived’.

The Met Office said: ‘Temperatures are more likely to soon dip below normal, allowing an increasing risk of wintry showers the further north you go. (There is) also a low risk of more widespread snow on the northern edge of rain bands.

‘Strong winds are possible across the UK, especially further south, and frost and freezing fog are possible, particularly in the north.’

Forecasters stress it is too early to provide a detailed forecast for next Thursday itself.

Mild, wet and windy weather is expected for the Christmas period.

In its forecast covering from December 18 up to New Year’s Day, the Met Office said: ‘A more changeable spell is expected during this period, with the greatest potential for heavy rain in the south and east at first, with any snow becoming confined to northern hills.

‘A more typical northwest/southeast split (then) looks likely to develop with time bringing rain to the northwest interspersed with showers, and drier periods further south.

‘This would be accompanied by a general upturn in temperatures, as well as the risk of strong winds at times.’