British tourist is filmed punching a man on Bangkok metro A British man savagely punched a Thai commuter after becoming enraged when he knocked his phone to the floor and failed to apologise profusely enough.

Footage taken on a smartphone on Bangkok’s Metropolitan Rapid Transit (MRT) metro line shows the Thai man bump into the tourist, causing his iPhone to fall on the ground.

The man apologised for the accident but the British man flies into a fit of rage, smashing him across the face. 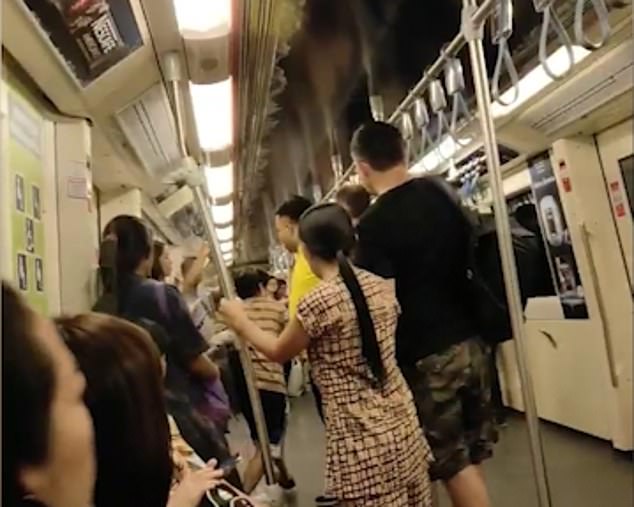 The Thai man, wearing a striped brown shirt, tries to move away from the British man’s punch on the Bangkok metro on Sunday 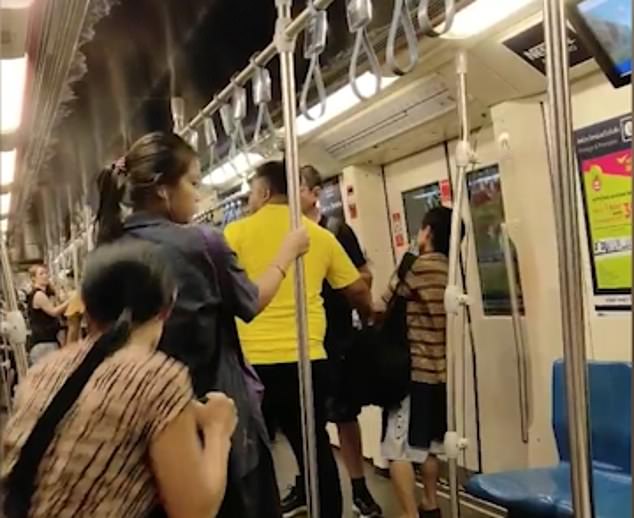 The attacker, who is a head taller than the slight man, can then be seen stalking him as he moves around the train.

A yellow-shirted Thai passenger and a man who appears to have been with the British traveller, try to calm the situation and stop the violence from escalating.

Both men stand in between the thug and his victim but he still manages to land a couple more blasts on the Thai man’s chin.

The victim got off the train at Hua Lamphong station to avoid the furious Westerner. 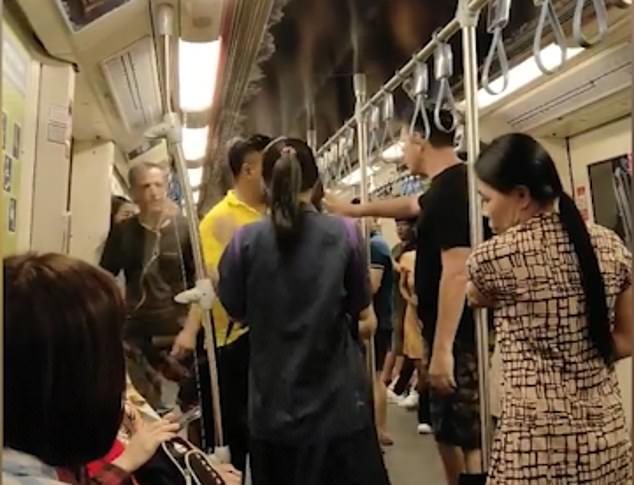 The man travelling with the British man, pictured second from right, hold his hand up to his companion on the Bangkok metro on Sunday 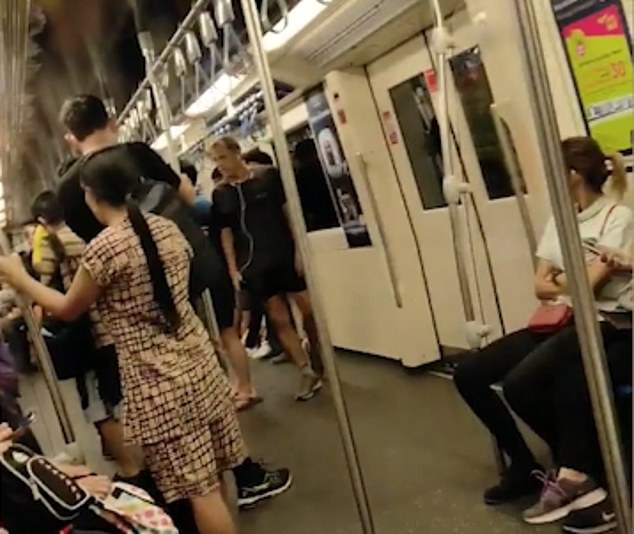 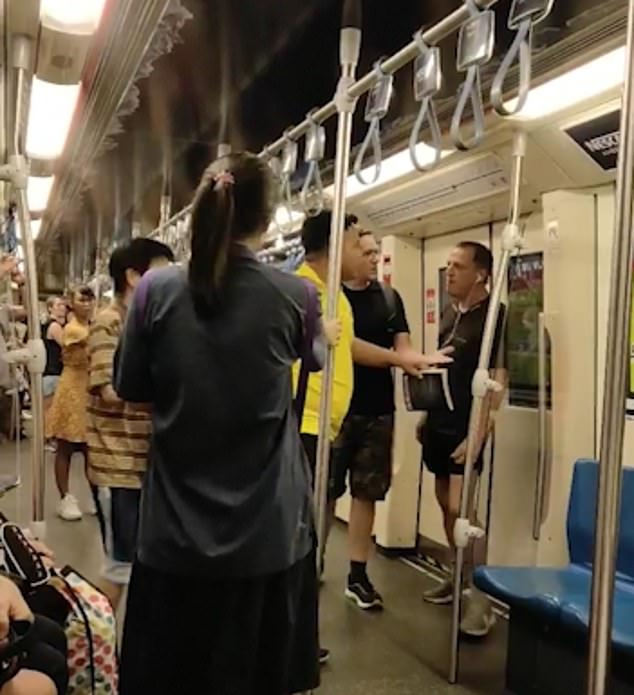 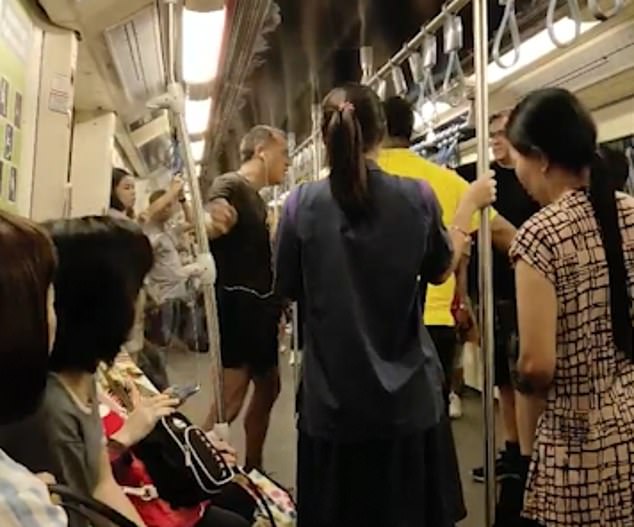 The clip was posted to Thai Facebook page Red Skull-addict, an indie media site, where many of those commenting called for the brute to be caged.

Another asked: ‘Why are foreigners so angry?’