This is the strange moment a cheeky octopus trying to hide climbs inside a diver’s mouth while he swims.

Shane Brown was in a popular diving spot off Oahu, Hawaii, this August, when he was surprised with an impromptu dental check-up.

The tiny octopus swum up to his face, crawling all over it before slipping its whole body into his mouth. 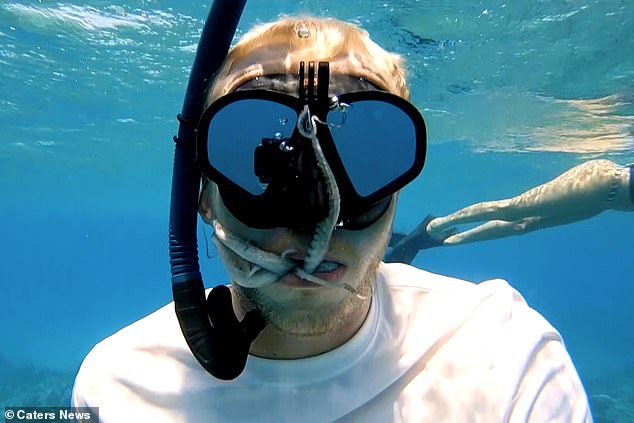 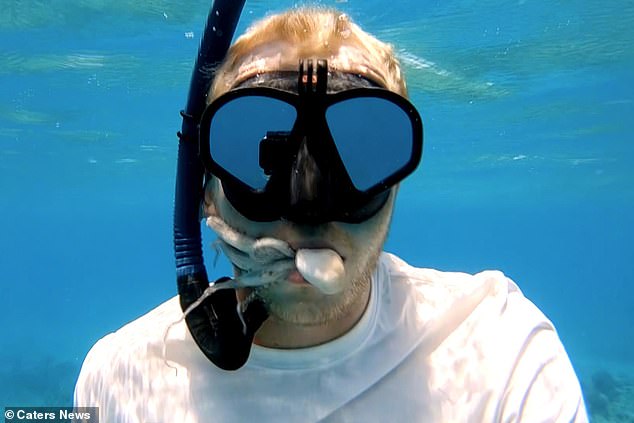 The video shows Shane filming himself as he slowly reveals the octopus which has been hiding.

Once the animal is back free swimming in the sea Shane smiles into the camera.

After spending a few seconds with just the tip of its tentacles visible, the octopus crawled out before jumping on to Shane’s diving partner’s legs.

Shane said: ‘At first he was climbing on my face then went in my mouth.

‘Maybe he was nervous about something else nearby. As soon as he went in, I started recording.

‘I was worried he could suction too strong and might hurt the sensitive skin inside my mouth but he was gentle.

‘It was only in my mouth for a few seconds. I guess he realised it might not be safe if I was a predator.’