Viewers were left in shock last night as a member of the police force was subjected to vile racial abuse on Call The Cops.

In last night’s episode of the Channel 4 show, response officers Sam and Josh responded to a hostile situation involving a couple at an address in Plymouth.

However, as they arrived at the address, the cops were forced to arrest one of the occupants for a racially aggravated public order offence against Sam, after calling him a black c***.

‘When I watched #CallTheCops last night it broke my heart when he was racially abused,’ wrote one. ‘I don’t understand how people think its okay to act in this disgusting manner. You’re an amazing police officer Sam!’ 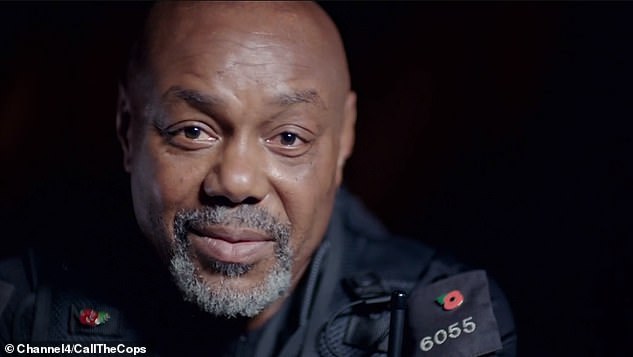 Those who tuned in were left disgusted by the abuse he received. Speaking of the scene, one viewer wrote: ‘His words replayed in my head all night’

A second penned: ‘I have just watched #CallTheCops and viewed the racial abuse that this officer has taken.’

‘I am at a loss for words and wish I had a modicum of the restraint and class shown by this officer. The fabric of our society needs a reset if this is the new norm.’

Those who tuned in were left furious after occupant Michael made references to the colour of Sam’s skin.

But Sam explained that this isn’t the first time he has received racial abuse since starting his career.

‘In all seriousness, I have lost count of the amount of times I’ve been racially abused,’ he explained.

‘Peoples attitude towards race had on the whole got better, with the exception of three years ago when the political world started to change.’

He added: ‘Now some people seem to find it acceptable to say exactly what they want publicly.

‘I’ve lost count of the amount of times people have said to me “why don’t you go back to where you came from.”

Viewers were left in horror as the scene unfolded – with some admitting they had encountered the same abuse. 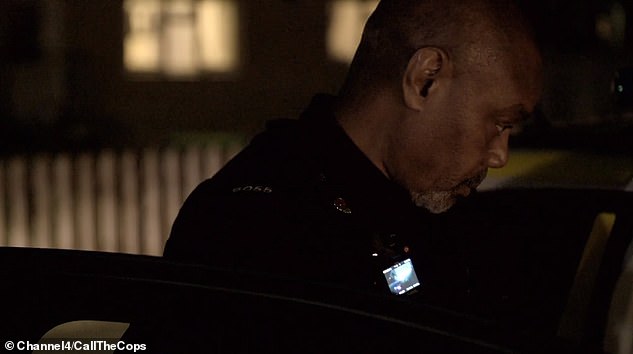 During the episode, Sam (pictured) went onto reveal that he was given the choice to leave the front line back in 2016 in a bid to stop the racial abuse

Many took to social media after last night’s episode. ‘I was truly saddened by Sam’s narrative about racial abuse in the UK,’ commented one

‘That used to be said to me as a child and I thought the world had changed since then,’ wrote one. ‘What I was faced with as a five-year-old in primary school is still happening to me now as a police officer.’

A second penned: ‘I have tried a dozen times to formulate my words about last night’s #callthecops because I was a) in awe of the passion and pride Sam talked about in being a #police response officer b) angry at the daily racial abuse he and others suffer. His words replayed in my head all night.’

A further wrote: ‘The officer who had a stream of vile racist abuse thrown at him handled himself impeccably.’

Meanwhile, others praised praise Sam for the manner in which he dealt with the situation.

‘The dignity and fortitude shown by my local cop, Sam last night on #CallTheCops was inspiring and for me, will remain so for a long time,’ commented one, while another enthused:

‘Sam is an incredible asset to your force and simply just an incredible man whose just trying to do the job he loves. Great episode…’ 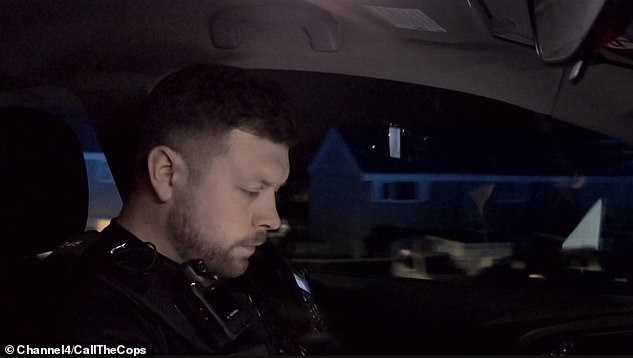 Others praised Sam for the way he dealt with the situation, with many calling him a ‘true gent and great cop’

A third added: ‘My God Sam I’m proud to call you a colleague……..what a Cop!’ while a fourth agreed: ‘Proud to serve with Sam. A true gent and great cop as was clearly demonstrated on last nights Call the Cops.

Sam went on to reveal that he was given the choice to leave the front line in a bid to stop the racial abuse.

‘My response to that was I joined the police to be a response officer and work on the front line. If someone racially abuses me because of the colour of my skin, I’m not the one who has the problem, they’re the ones that have the problem.

He continued: ‘They’re the ones that are going to have to learn that black police officers, male or female reflect the society we live in and we make society safe.

‘That was the message I wanted our senior management to be aware of.’