Indianapolis Colts owner Jim Irsay had a lot to say about his former quarterback Carson Wentz at the owners meetings on Tuesday, and it doesn't seem like he held back a single emotion.

“I think the worst thing you can do is have a mistake and try to keep living with it going forward,” Irsay said via the Indianapolis Star. “For us, it was something we had to move away from as a franchise. It was very obvious.”

That sentiment isn't a surprise, since nearly everyone saw the Wentz-Colts marriage wasn't working by the end of the season. But to hear Irsay say it so baldly is unexpected. In his comments on Tuesday, Irsay didn't appear to hold anything back or sugarcoat a single thought or feeling.

Irsay was especially pointed when talking about the Colts' Week 18 loss to the flailing, going-nowhere Jacksonville Jaguars. That Wentz-engineered loss took Indy out of the playoffs, and it continues to haunt him.

“No disrespect to Jacksonville, but I mean, they’re the worst team in the league. You play well and hard for the first quarter or so, and they’re looking to go to their locker room and clean it out. I’ve never seen anything like that in my life,” Irsay said. “You say, 'My God, there’s something wrong here.' It needs to be corrected. I think that we feel like we did.”

“Your guy’s gotta pick you up and carry you through Jacksonville,” Irsay said. "He has to do it. Not an option. Has to. No excuses, no explanations.” 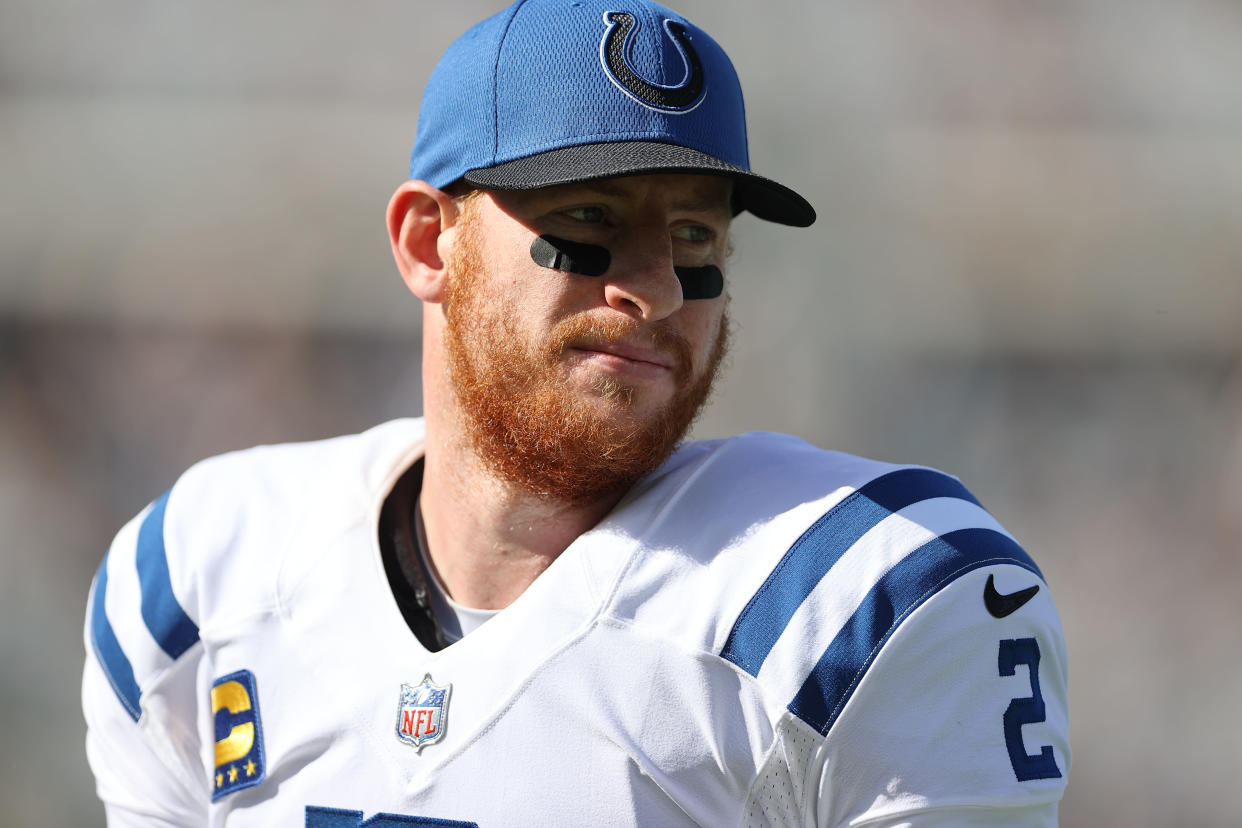 Irsay: Wentz had issues with leadership

Not only did Wentz not carry the Colts through Jacksonville, he apparently also failed at showing leadership in the clubhouse, which Irsay discovered after speaking to several players.

“In having conversations with trusted veterans on the team, so to speak, when you speak to them in confidence, oftentimes they share really, what’s happening,” Irsay said. “What I found out was very concerning.”

And there's more. Irsay also mentioned that Wentz wouldn't change his playing style despite head coach Frank Reich and the coaching staff directing him to.

“You can’t always persuade people to do things differently if they don’t want to do them differently,” Irsay said. “You’re always trying to look at, in all areas of your team, where the coaches can come in and enhance and lift up a situation and make things better, but in the end, players are out there playing the game, and they’re going to play their game.”

Of course, with Wentz recently traded to the Washington Commanders, it's safe for Irsay to let it all out. And he was very complimentary of general manager Chris Ballard, who engineered the trade that sent Wentz to Washington in exchange for 2022 second- and third-round picks and a conditional third-round pick in 2023. Especially since it wasn't a given that a team would want to take Wentz and his increasingly large amount of baggage.

“I think it was really quite remarkable and a great tribute to Chris, to generate strong trade interest and get the deal done with Washington,” Irsay said. “I don’t lose the fact that it was a pretty big blessing from the football gods, where we were and where we could be if things don’t materialize to that level. You end up cutting Carson, and we’d get nothing.”

The Colts didn't get nothing, but it seems like they were willing to. Irsay was very firm that the organization needed to move on from Wentz.

“For us, the fit just wasn’t right,” Irsay said. “I don’t know why. A lot of times you don’t know why, but you know it isn’t, and it was important for us to move in a different direction.”

And the Colts definitely moved in a different direction, trading for longtime Atlanta Falcons QB Matt Ryan. As for Wentz, after Irsay thoroughly roasted him, he may not want to set foot in the city of Indianapolis ever again — which seems totally fine with Irsay.