CONTROVERSIAL militia group Utah Citizens’ Alarm has warned it won't stand for any "trouble" at the vice presidential debate as 100 members take to the streets of Salt Lake City tonight dressed in tactical gear.

Casey Robertson, 47, who denies the group is racist or white supremacist, says they want to prevent the city becoming "another Portland or Seattle" – although they will not carry guns on this occasion. 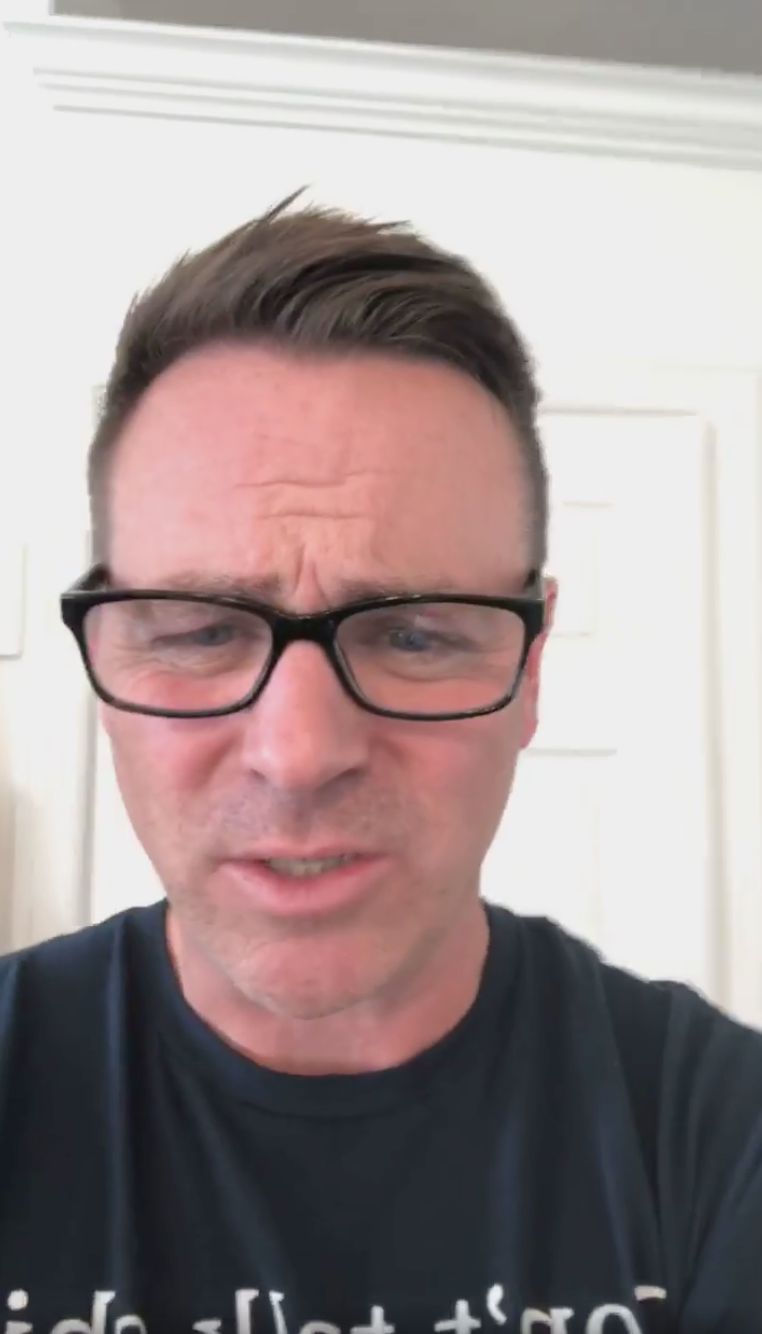 Casey founded the UCA in August after protesters fired a gun at a motorist who drove through a crowd during a July demo against police violence in his home town of Provo, 45 miles south of Salt Lake.

In a few weeks, its supporters had swelled to 20,000 on Facebook before the social media giant shut the page down after it pledged to close pages of all groups linked to violence.

The UCA now has a new Facebook page with nearly 2,000 supporters.

Since it started, the UCA has been accused of being an anti-protest organization that uses intimidation to shut down opposing voices, which Casey denies. 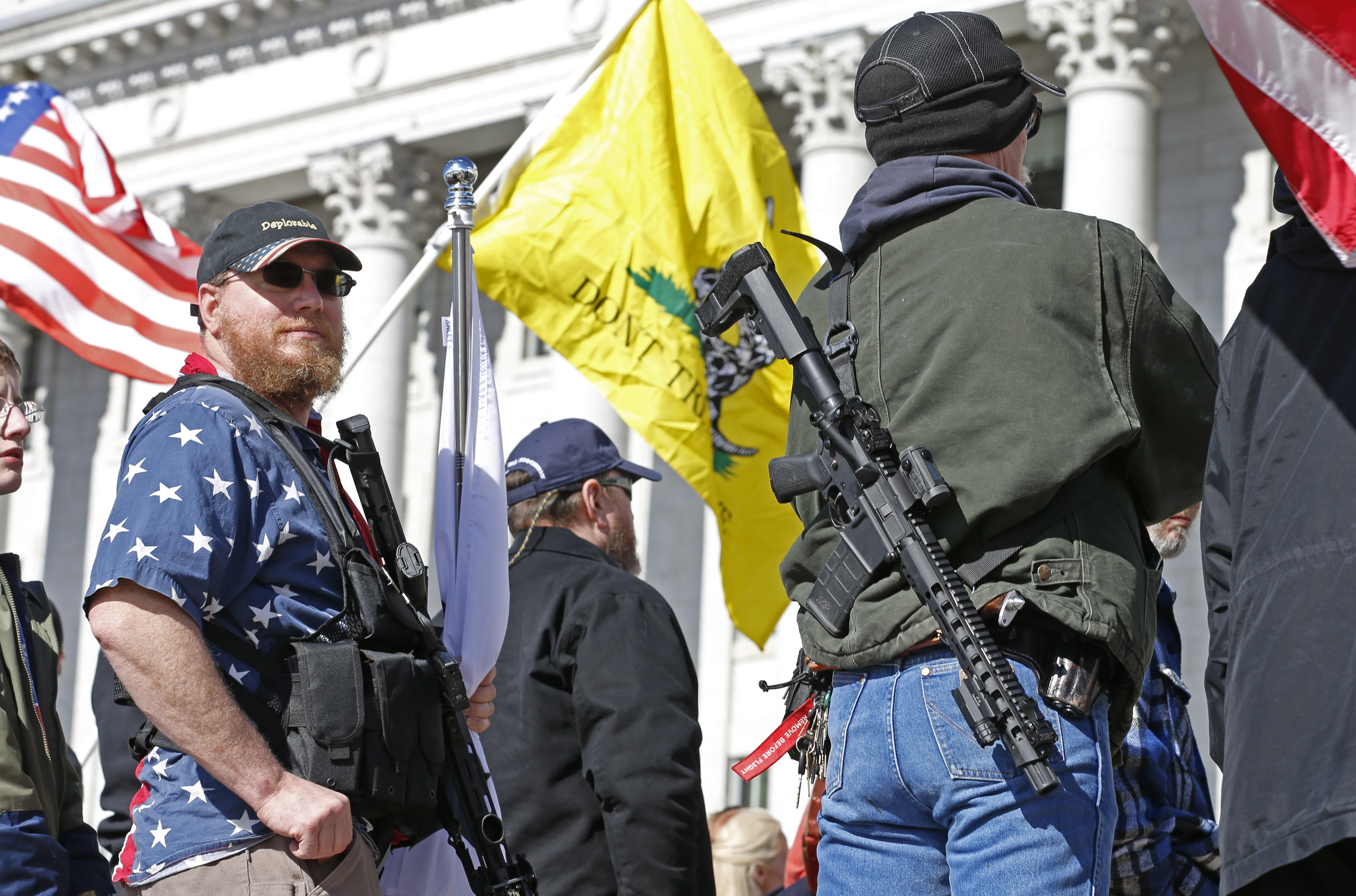 Black Lives Matter Utah says the militia group harasses its members and wants the UCA to be labeled a terrorist organization, claiming it is a racist group.

But Casey says he wants Wednesday night’s debate between Mike Pence and Kamala Harris to showcase what the UCA can achieve – and for it to eventually become the blueprint for similar organizations across the US where, he says, citizens from all backgrounds can come together to protect their communities.

He believes there will not be any violence on the streets of Salt Lake City during the debate because security is so intense and says he is more concerned about the prospect of civil unrest after November’s election.

Casey told The Sun: “We’re going to have around 100 members out in the city on debate night and they will be there to support law enforcement. 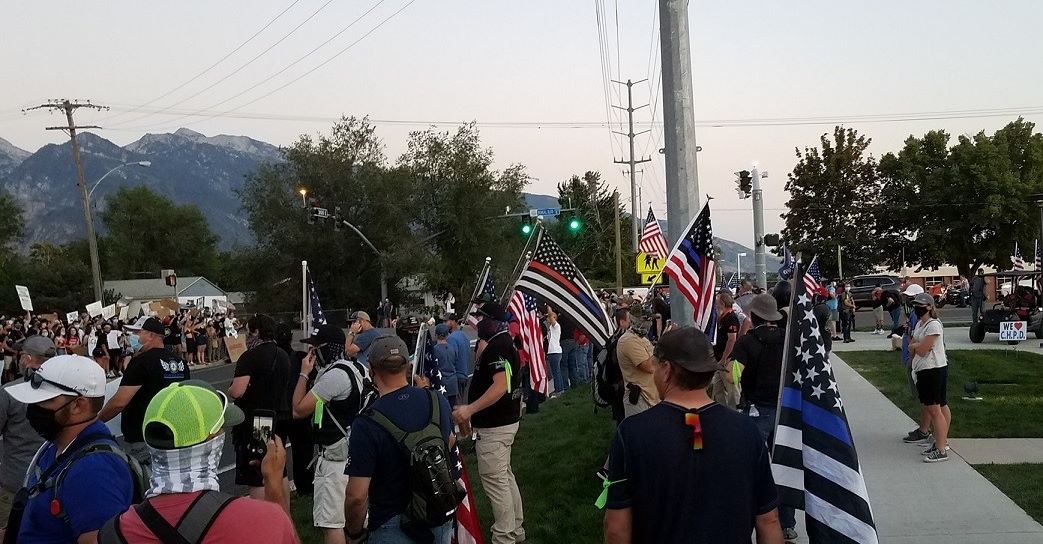 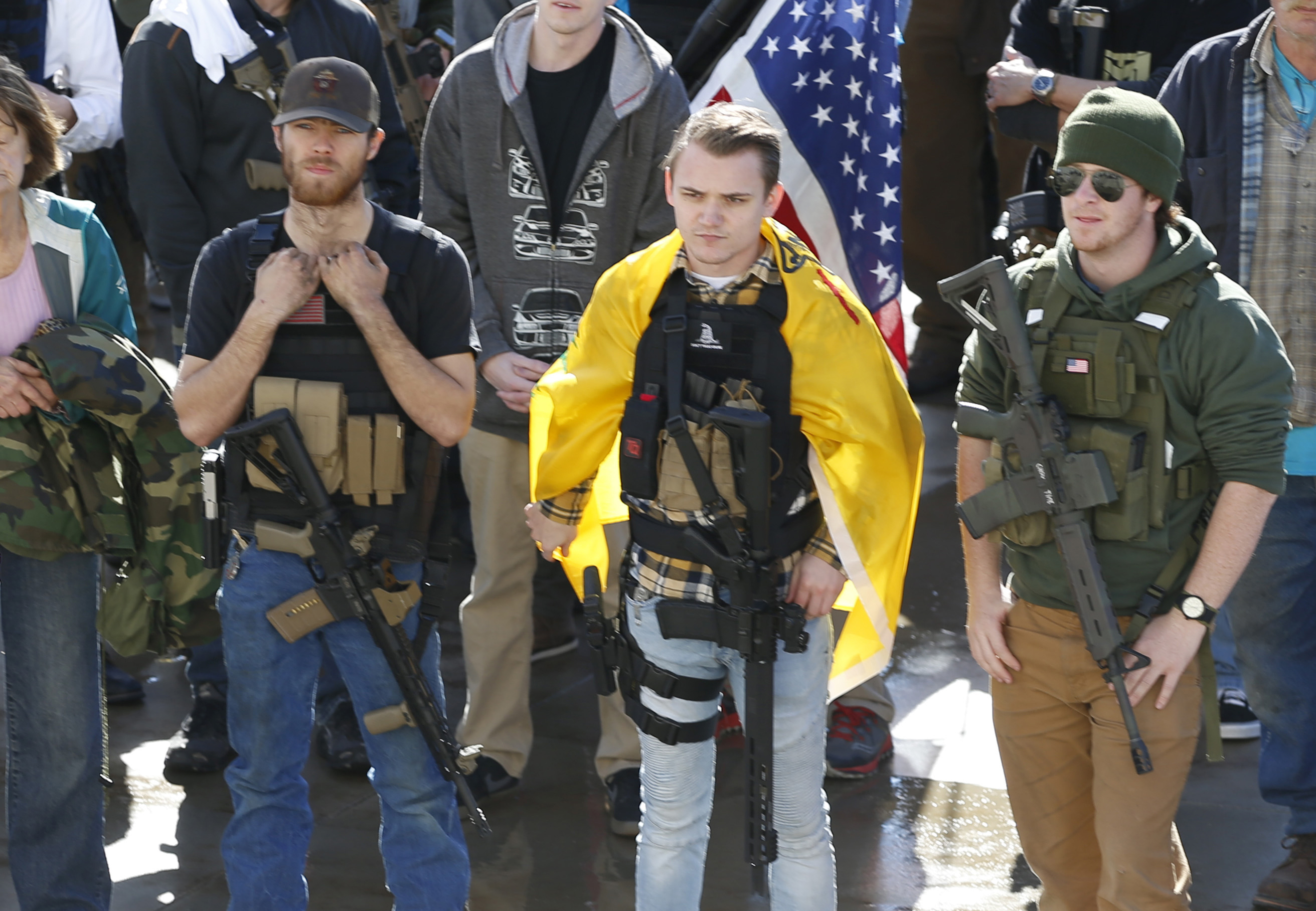 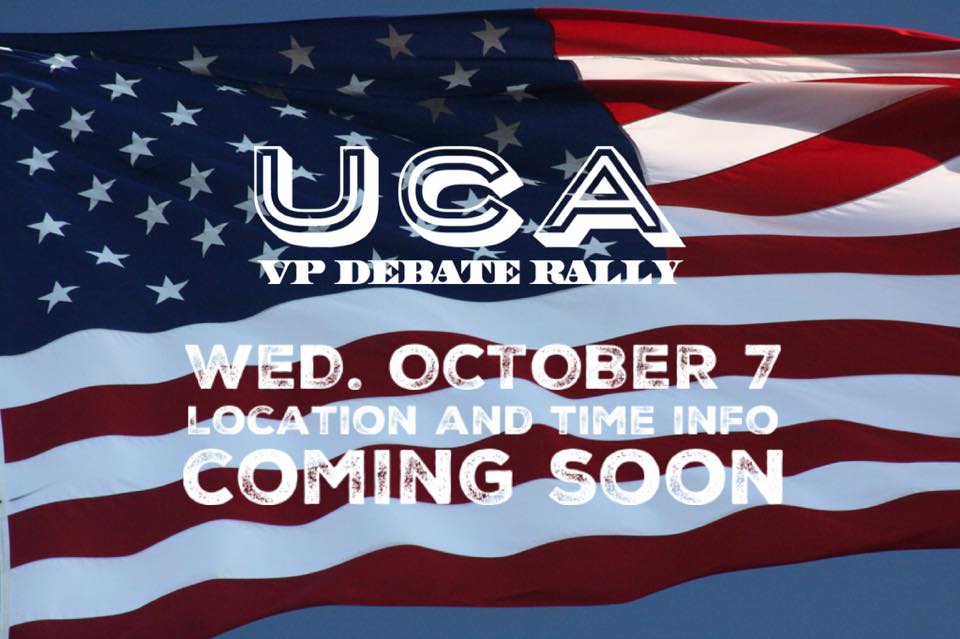 “We have had a discussion about carrying guns and we’ve decided that we didn’t want to have firearms around secret service agents when the vice-president is driving through the city, it’s just not a good idea and it’s not the message we want to be sending out.

“We’re liaising with law enforcement so they know where we’re going to be and how they can identify us.

“But look, we don't want anyone thinking of coming here thinking that it’s a good idea to be violent and smash the place up – it isn’t.

“We are not going to stand for that. Utah is not the place to come and cause trouble. We’re here to stop that and that’s what we’re going to do. 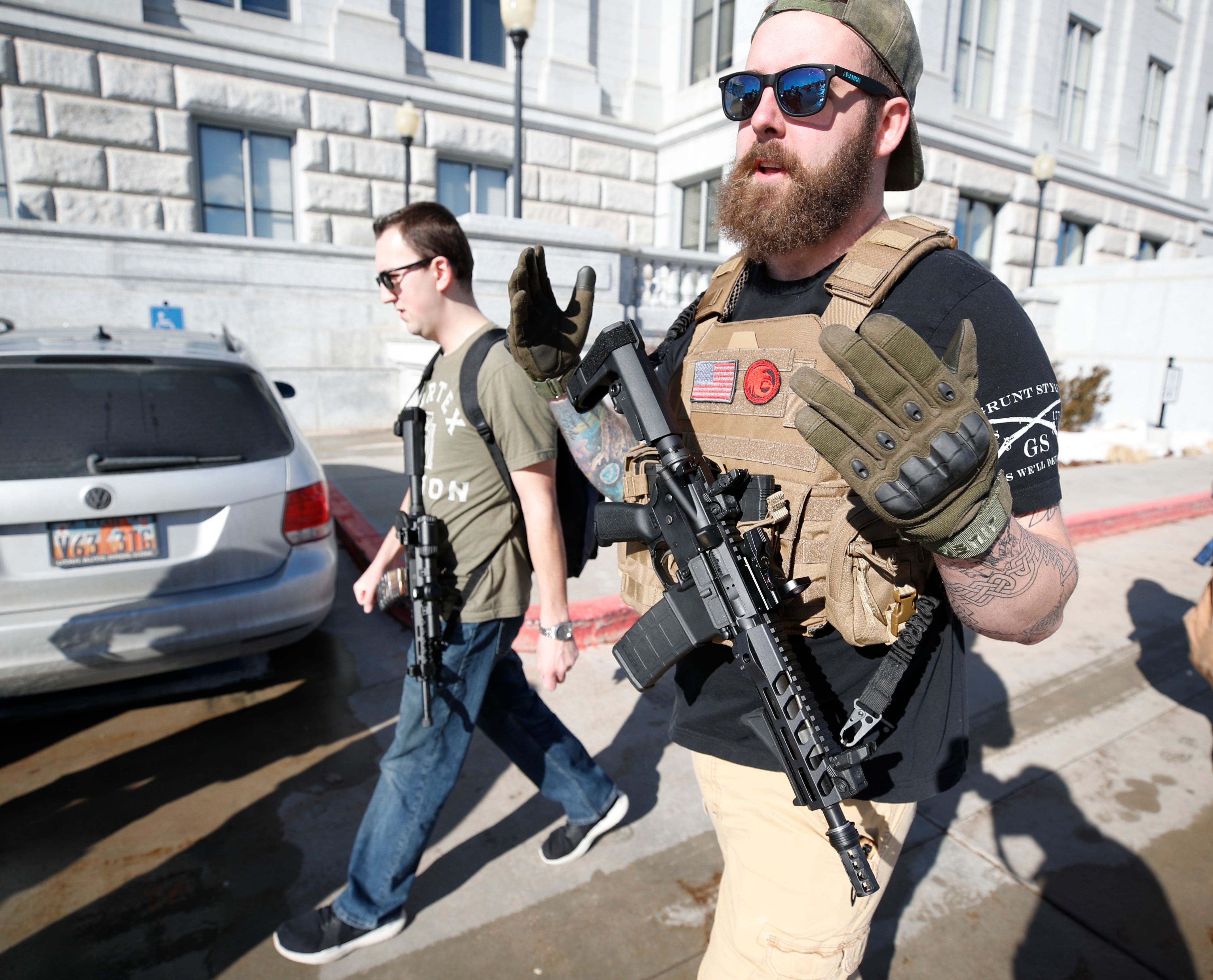 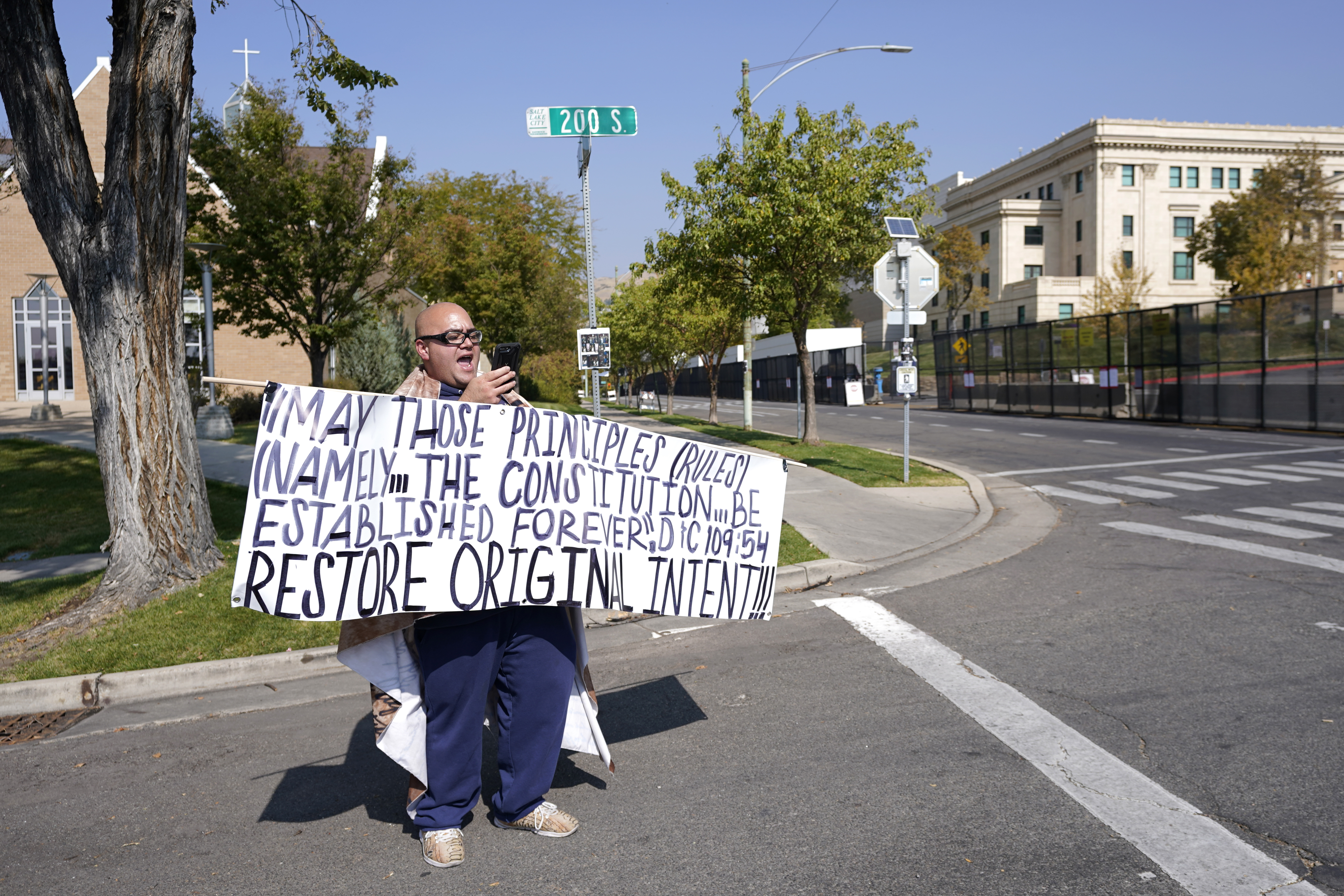 “We’ll have people driving around looking for hotspots and if there is trouble and violence we will call in law enforcement and the police will deal with it.

“The people of Utah are not going to stand for any violence.

“To be honest I’m more worried about what might happen at the election rather than the VP debate.

“I think there’s far more chance of civil unrest then than there is now.”

Casey said that he hopes his group will become a model copied by other towns and cities around the country – and he denies they are white supremacists or extreme right.

He also said they do associate with the Proud Boys, the men’s group told to "stand back and stand by" by President Trump in his debate with rival Joe Biden.

“We are the ‘Citizens' Alarm’ not the white citizens' alarm. We represent all people, all members of the community.

“There is nothing ‘white supremacist’ about us whatsoever. We are not racist.

“We have to be careful about who we associate with because it’s so easy to get tarred with the same brush. 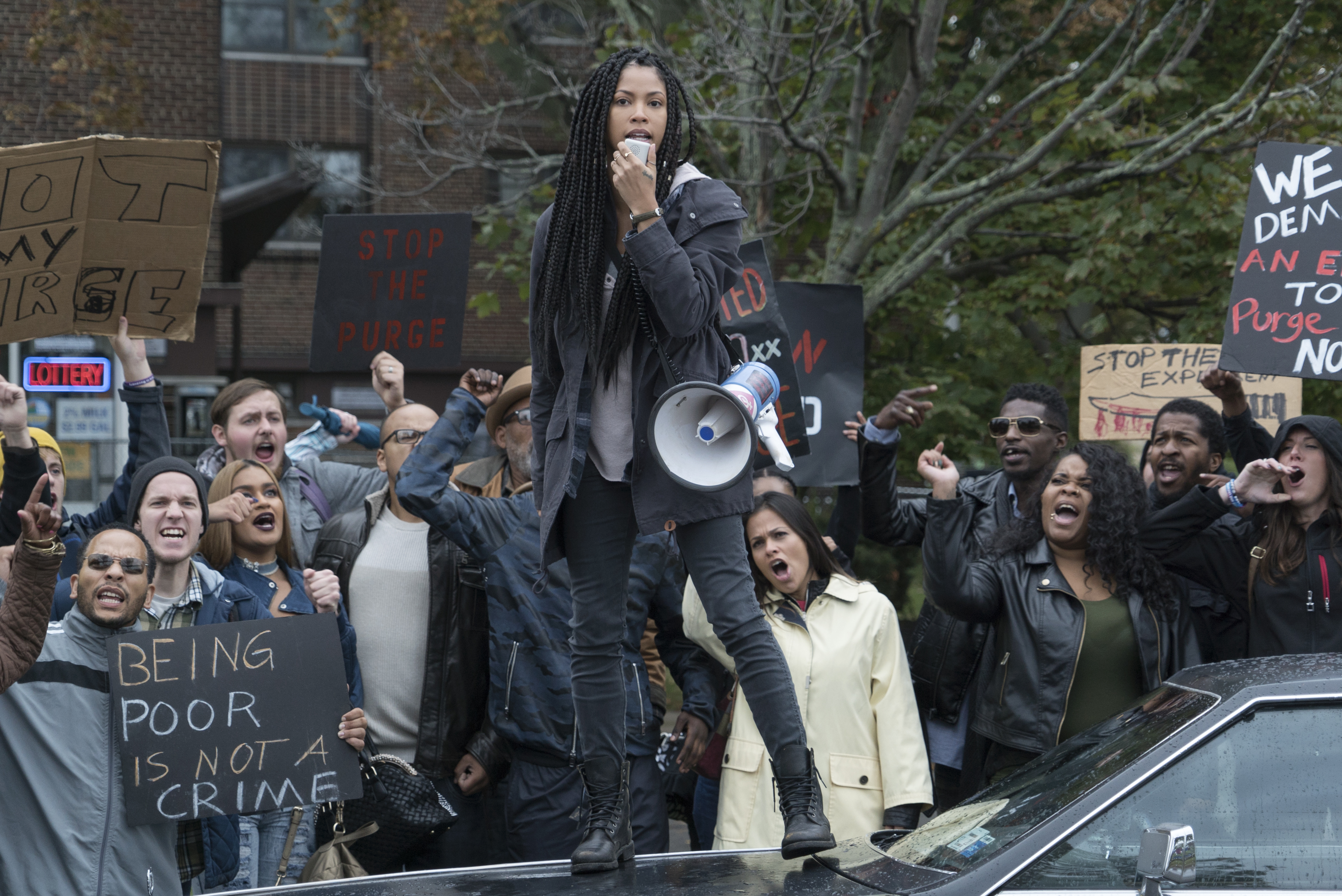 “But we do associate with the Proud Boys and we do say hello to each other when we happen to meet up but we are two very different organizations.

“We have a Black Lives Matter-style group here in Utah, which is trying to change the way the police are funded and I support what they’re doing because they’re doing it peacefully.

“Utah Citizens’ Alarm is a racist militia which actually hunts us and terrorizes our chapter. They show up at protests armed and harass us,” she told The Sun. 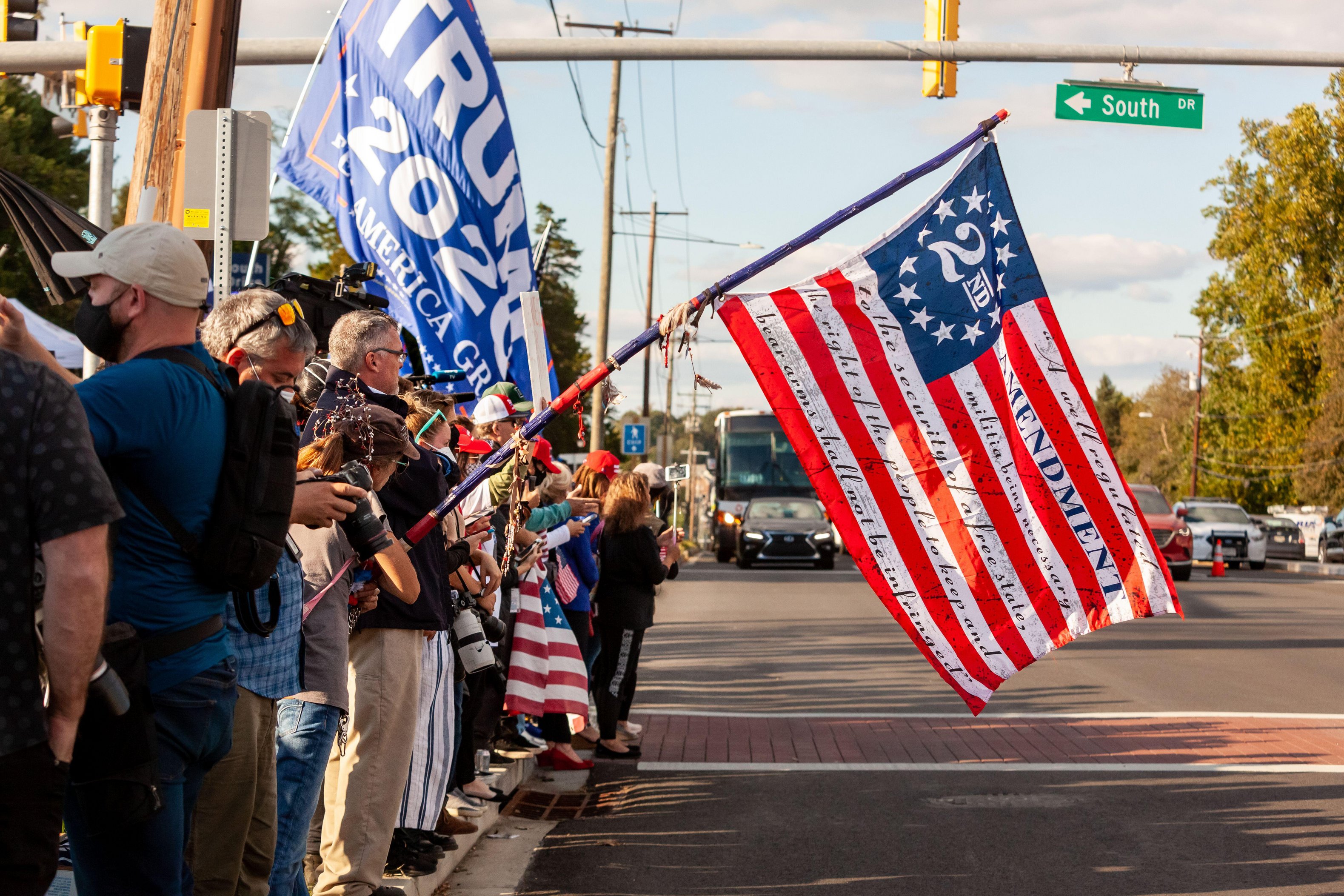 “It should be labeled a terrorist group. They should not exist and we just want them to leave us alone.

“They disrupt that right, they don’t support it.”

She said that no official BLM protest will be held on the night of the debate.

“We’re having protests around the city all week but not during the debate,” she explained.

“We’re not fans of VP Pence and certainly not Trump but our protest will be voting them out in November.

“There will be people with BLM signs out on the night of the debate I am sure.

“But the environment in Utah is very volatile.

“Two weeks ago members were attacked at an event by white supremacists and we don’t want members to get attacked like that.

“They’re not going to stop us protesting, that’s for sure, but we do it on our terms.”