Eastern suburbs private school Cranbrook was made aware of anti-Semitic bullying and provided with video footage of a boy in full uniform at school performing a Nazi salute but did not respond for over five weeks.

The Herald can reveal Cranbrook was the unnamed independent boys’ school that featured in a Sun-Herald story last week about rising incidents of anti-Semitism at Sydney schools, after several families came forward to identify the school. 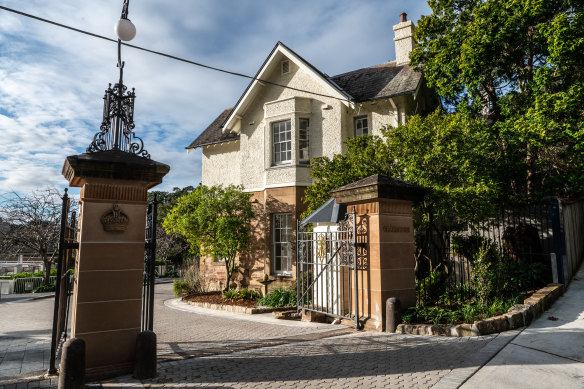 Cranbrook is dealing with at least three families over anti-Semitic incidents at the school.Credit:Flavio Brancaleone

Cranbrook headmaster Nicholas Sampson confirmed in a statement that the school had been working with the families of three students who were targets of anti-Semitic behaviour and slurs in the senior school.

“The school has made it clear to students that it’s not only their conduct that is unacceptable, it is their total lack of perception of the abhorrence of their slurs,” Sampson said. “We have made it clear that there is no tolerance for it and repercussions will be material.” 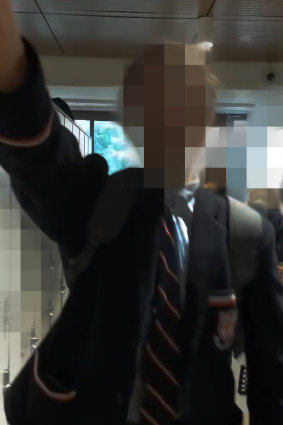 Sampson said the school had increased its formal and informal education on the matter and strengthened alliances with external organisations such as the NSW Jewish Board of Deputies.

In a letter sent to Cranbrook families on Thursday, Sampson said the school was holding assemblies and other sessions because of “a noticeable shift in anti-social and discriminatory behaviour”. He said this included “slurs” that are “abhorrent” but did not provide detail.

The story on Sunday included a parent saying his son was targeted by a large group of bullies who regularly referred to Jewish students as “Jew” rather than by name and performed Nazi salutes in their presence. Some of the victims are descendants of Holocaust survivors.

Several families whose sons attend Cranbrook have come forward to share further details. They spoke on condition of anonymity because they feared repercussions from both the bullies and school leadership, but say they want the school named because they believe the only way to get major cultural change is to openly acknowledge the issue.

It comes amid an apparent power struggle at Cranbrook, with different factions disagreeing over school leadership, the recent decision to go co-educational and contesting seats on the school council at the annual general meeting in May.

The incidents include a family who, in June, sent the school a video of a boy performing a Nazi salute in the locker room in mid-June. The headmaster met the family the next day and promised a follow-up, but five weeks later the family were still waiting. On July 29, they escalated it to the school council, which prompted the school to respond.

NSW Jewish Board of Deputies chief executive Darren Bark said, “It is critical that schools and educational institutions act upon reports of any bullying, racism or discrimination immediately and without delay.”

The video was circulated among a small group of parents, school staff and the members of the school council, and has been shared with the Herald, though not by the family who made the complaint.

The meeting was near the end of term, with Cranbrook vacation running from June 24 to July 19. Sampson was away overseas for professional reasons for some of that time and there was an acting headmaster.

In another case, a mother of a Cranbrook student said the original Sun-Herald report prompted her to check her son’s phone. She discovered a photo that had been shared with him, which had been doctored to show a student with a Nazi symbol on his armband.

One father said he was speaking out because the school’s response to reports of anti-Semitic bullying had been inadequate so far, consisting only of “a couple of announcements and speeches in assembly”.

He said the publicity surrounding reports of toxic behaviour at Knox Grammar had prompted the sort of soul-searching he wanted to see at Cranbrook.

“That’s how you get cultural change,” he said. “The way it’s been handled to date [at Cranbrook, is that] everything’s been dealt with very privately.”