Some-fins not right! Cops launch probe after seven-foot-long dead bull shark is found wearing sunglasses and lying on a towel with a bowl of food under its mouth on Florida beach

Florida authorities are investigating after a seven-foot-long dead bull shark was found with sunglasses on, lying on a beach towel appearing to chow down on some food.

The fisherman who found the staged shark, Noslen Alvarez, is known on TikTok for showing off his early morning fishing expeditions to his 11,000 followers.

A video took a turn on Friday after Alvarez passed the Big Carlos Pass drawbridge in Lee County and discovered the disturbing sight of the dead dressed-up shark.

‘I mean seriously look at this,’ Alvarez said in a video while showcasing the bull shark.

‘Who thought this was even funny? They designed it with a heart.’

The bull shark was lying under the bridge halfway on a towel and with sunglasses. A bag of food was placed by its mouth and a black ink signature was left on its side.

‘They left a mess out here [and] killed a shark for no reason,’ Alvarez said while pointing to trash in the distance. ‘There are towels, there is garbage back there.’

‘I don’t know who you are but if you ever see this video, I want you to know that you are a piece of s***.’ 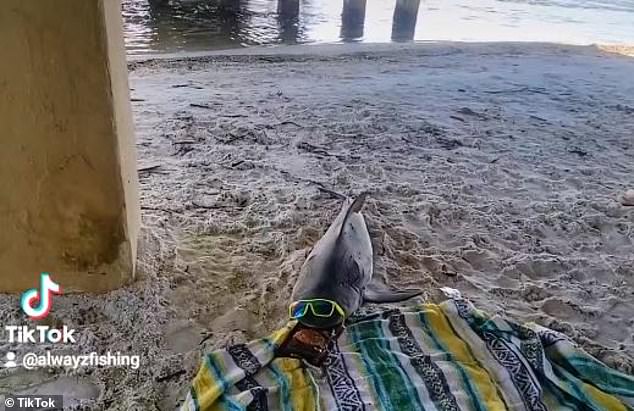 Florida authorities are investigating a dead bull shark with sunglass lying on a beach towel after it was discovered by a fisherman on Friday. The shark was found on a towel with food below its mouth while partially on a towel 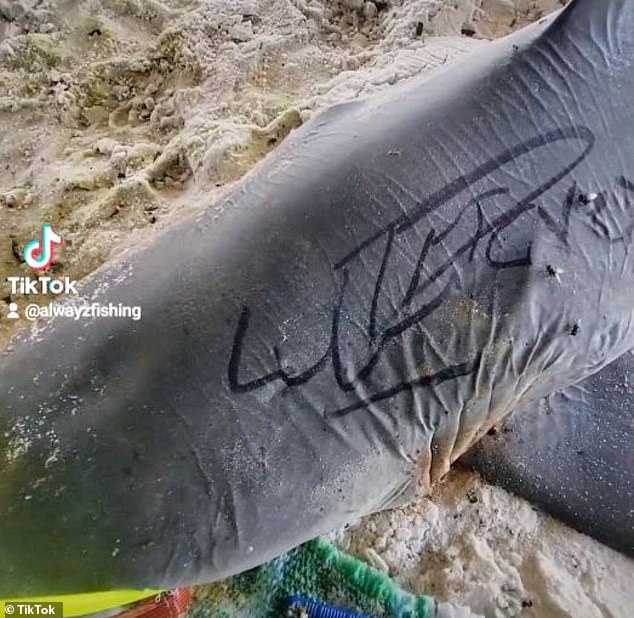 The perpetrator appears to have left his or her signature behind 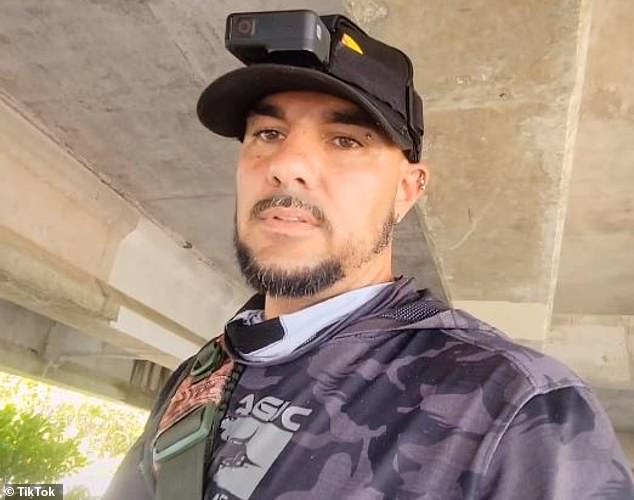 Noslen Alvarez is known for sharing his fishing adventures with his followers. He was extremely upset to share his recent finding online

Florida Fish and Wildlife Conservation Commission officials along with the Lee County Sheriff’s Department are now investigating the shark’s death.

Meanwhile, other fishermen are outraged.

‘Who in their right mind would do something like that,’ one fisherman told NBC 2. ‘It’s an abuse.’

‘Don’t do anything like that because would you want somebody to do that to you,’ fisherman Justin Panipinto told NBC 2.

If the person who committed the act is caught and found guilty, they will be subjected to 60 days in prison or a fine of up to $500, according to state law. 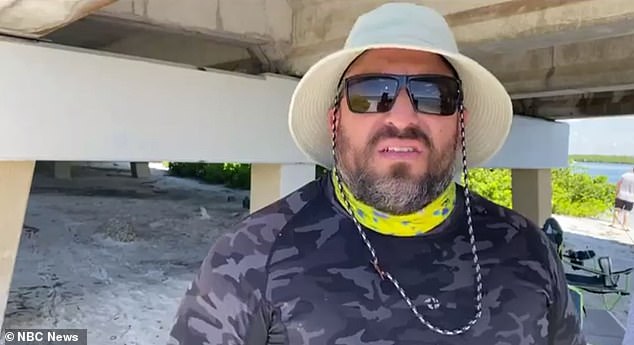 One fisherman was in complete disgust to hear about the shark. He said, ‘who in their right mind would do something like that?’ 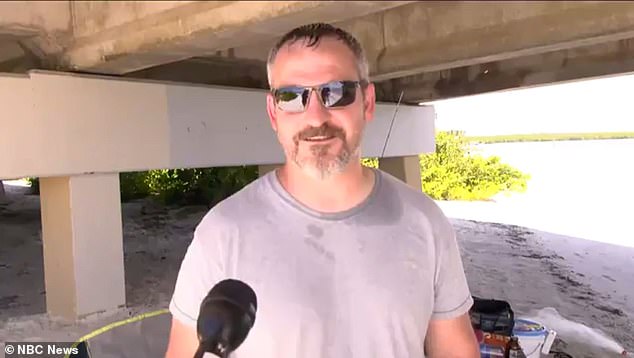 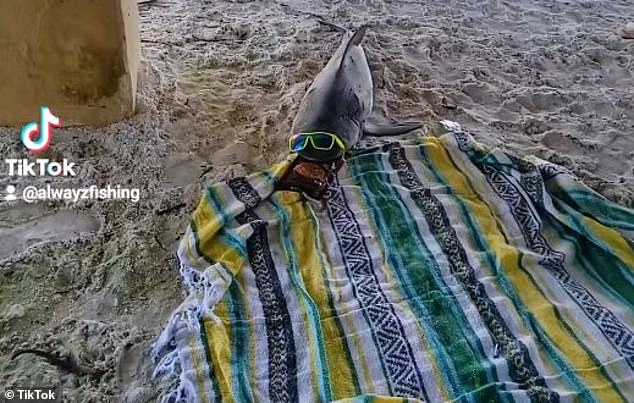 Fishermen were outraged about the callous discovery

Police will determine if the shark was washed ashore or killed and moved onto land by those who played dress-up with it.

While it is unclear how the shark made it under the bridge, dead sea creatures have washed up on Florida’s beaches in the past.

Thousands of dead fish were found at Fort Myers beach in the summer of 2018. At the time, toxic algae plaguing the Gulf Coast were to blame. The algae bloom known as Red Tide has spread throughout the Gulf of Mexico, drifting through the water since 2017.

Alarming photos showed the foul-smelling corpses littering the sand at Fort Myers beach and hundreds more washed up next to a jetty in Placida, around 50 miles north.