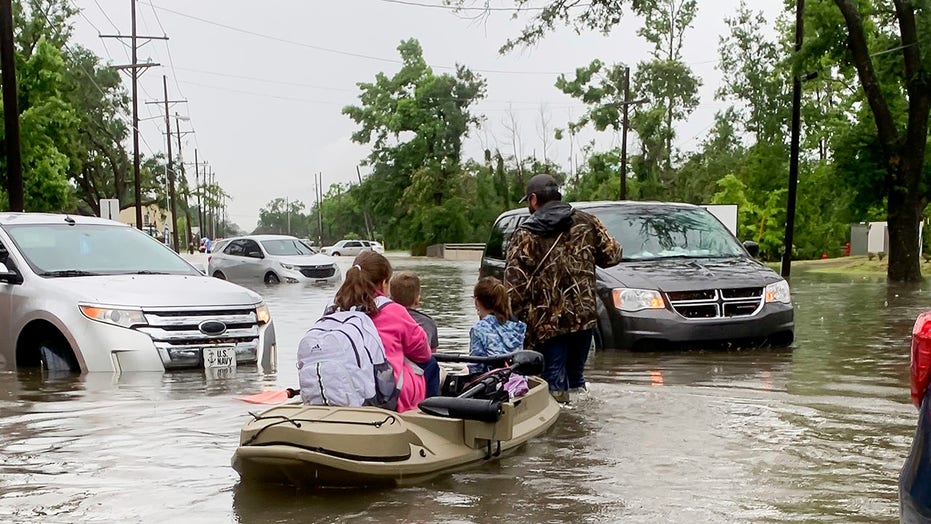 Severe storms and flooding pounded the Gulf Coast once again Monday, shutting down highways and forcing residents to evacuate buildings.

Videos and images posted to social media showed abandoned vehicles and fast-moving floodwaters as they passed through streets and impacted homes.

Photos from FOX 44 in Baton Rouge, La., showed wires and studio floors surrounded by water, and a WFAA reporter shared footage of flooding in Dallas, Texas, threatening his backyard.

A Twitter video from the community of Lake Charles, La., showed a father taking his two children home from school in a kayak.

The National Weather Service (NWS) issued a flash flood emergency there, and USA Today said some areas of the state reported as many as 12 inches of rain.

In Fannett, Texas, The Weather Channel said local reports showed the town had received as much as 18 inches of rain.

Diners at a Lake Charles restaurant remained in seats even as water flooded the eatery, and the city’s mayor, Nic Hunter, said Monday that rainfall totals would likely meet the threshold for a 100-year event.

“We have got to have a really close look and have a very bold and honest conversation about these weather events. They are happening more often,” he told reporters. “Climate change is something that is affecting this community.” 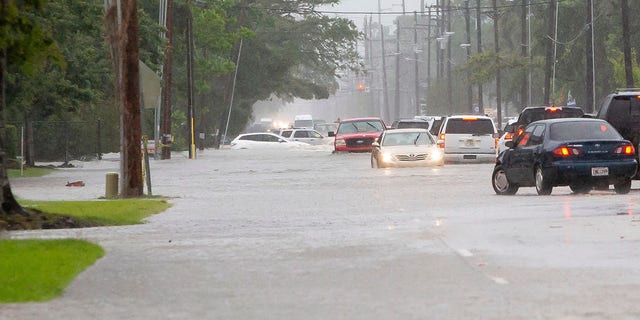 “Our SFM personnel has wrapped their work for the night following nearly 80 rescues in Lake Charles. As heavy rainfall continues in other parts of the state through tomorrow, and returns to #swla, we hope everyone is prepared to #GetAGamePlan to keep their families safe!” the Office of the Louisiana State Fire Marshal tweeted Tuesday morning.

School systems in the area have closed or opted to instruct classes remotely, and Louisiana State University (LSU) tweeted that the school would be closed Tuesday.

In addition to life-threatening flooding, several cities in the Southern states were also under tornado warnings, and SanAngeloLIVE.com reported that a tornado had touched down near Sterling City, Texas early Tuesday morning.

Hazardous conditions are forecast to continue throughout the region through Tuesday – including in Oklahoma and Arkansas – and widespread minor to isolated major river flooding is expected through next week, the NWS predicted.

The agency’s Weather Prediction Center issued a moderate risk of excessive rainfall over the Central Gulf Coast to the Southern Plains through Thursday.