Mayor Bill de Blasio signed a suite of six NYPD reform bills Wednesday, including a ban on chokeholds, while acknowledging concerns that the new laws will make it harder for cops to do their jobs.

“People want to be safe. They need to be safe. They want to work with the NYPD and they want respect in turn,” de Blasio said while signing the legislation package in the Bronx after joining activists to paint “Black Lives Matter” on Morris Avenue between between 161st and 162nd streets.

“I also want to be honest when there are concerns out there. It makes sense to talk about it, not to run away from it,” de Blasio said.

On the bill that will make it a criminal offense for cops to use chokeholds, de Blasio said, “I know many in the police department including many I truly respect are concerned.

“Because although they agree 100 percent and it’s been the policy of the police department, we cannot have chokeholds, there’s concern around some of the additional language around diaphragms.”

In addition to criminalizing chokeholds, the bill includes a prohibition on other restraints of a person’s diaphragm or ability to breathe such as sitting, kneeling or standing on someone’s chest or back. 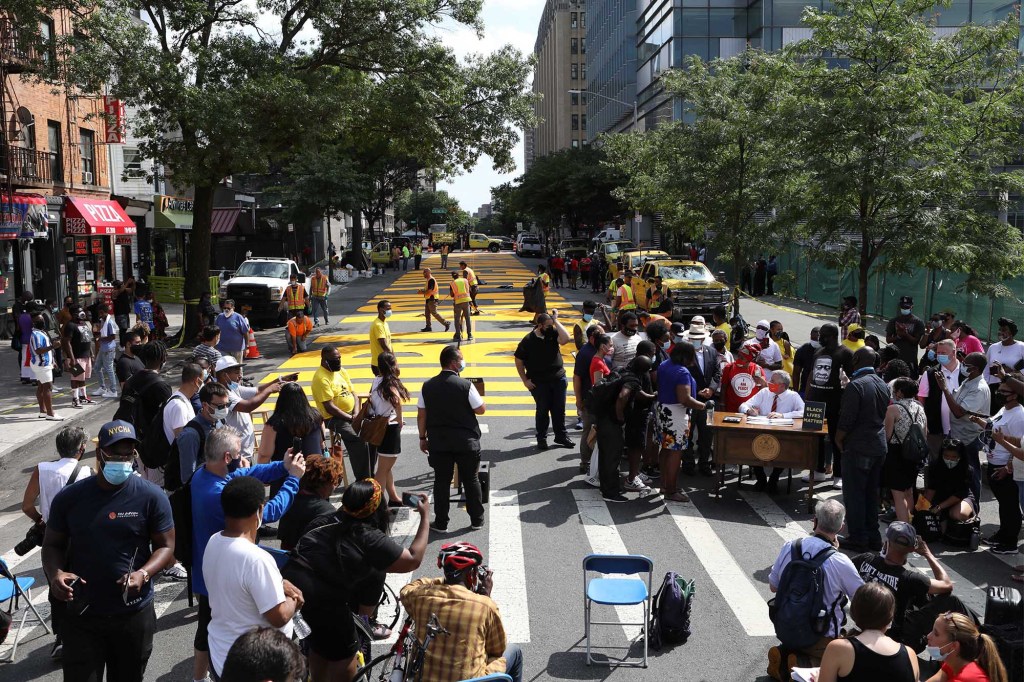 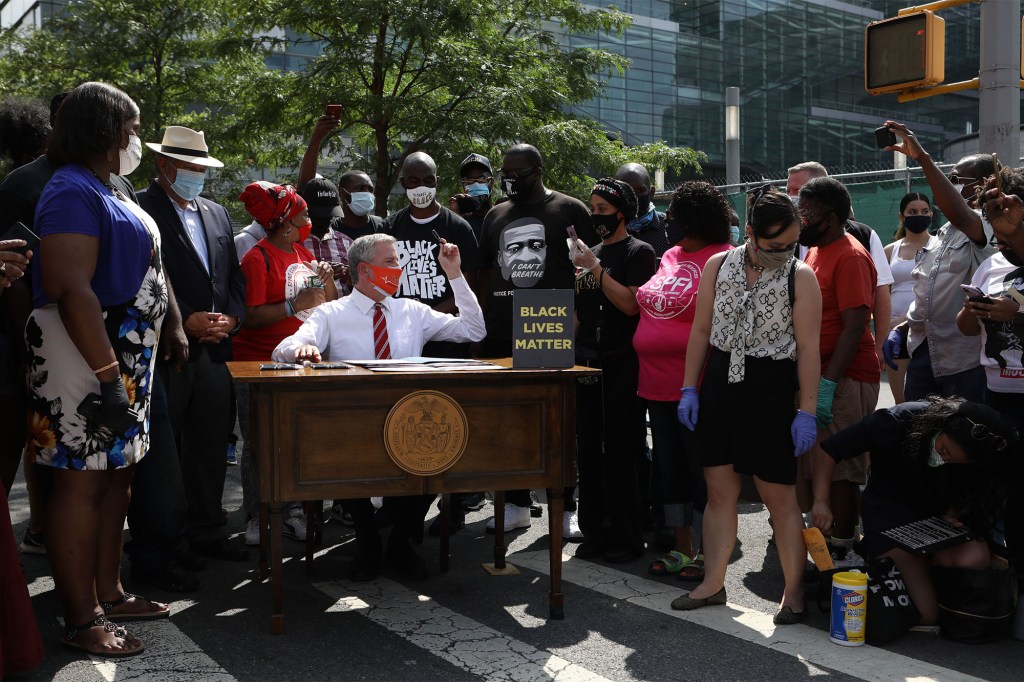 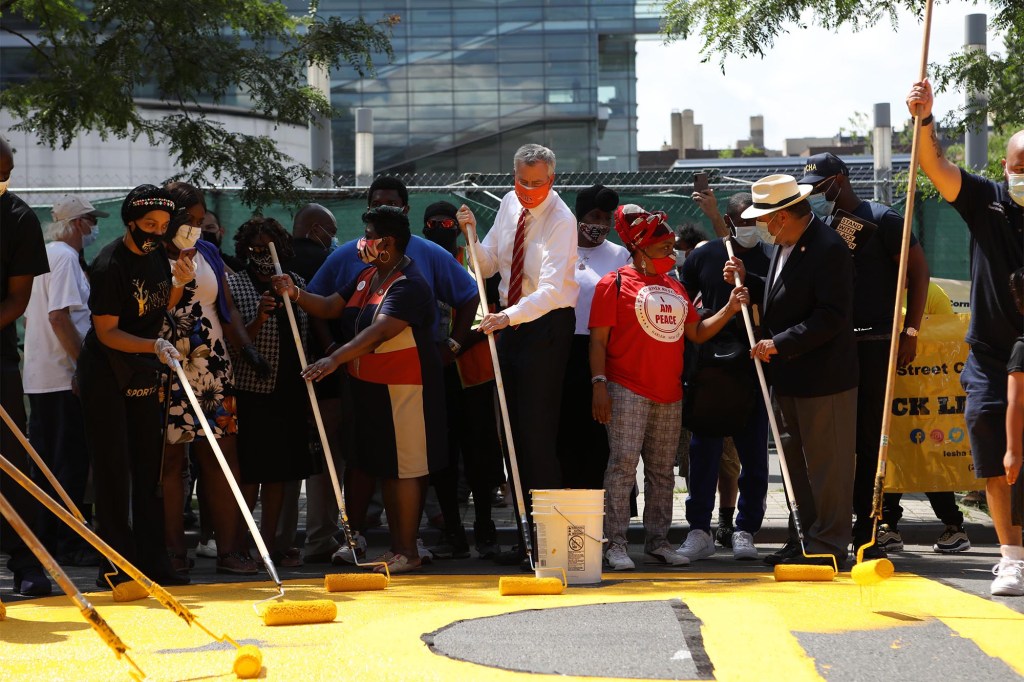