Diversity in AFL offers a beacon of hope for kids As the saying goes, 'if you can’t see it, you can’t be it'. Growing up as the only Aboriginal kid in a predominantly white school and community, it was on the football field that I first saw people like me dominating and thriving. Those early role models sent a powerful signal of success and empowerment. The message from so many other parts of society seemed to be, you’re not welcome here. 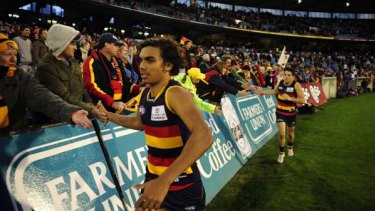 Tony Armstrong celebrates a win with the Adelaide Crows.Credit:DAVID MARIUZ

While sport has a long way to go, it has championed Black players like me. So with this in mind, the importance of Jamarra Ugle-Hagan getting drafted to the Western Bulldogs with the first pick cannot be underestimated. The Indigenous star, from Framlingham near Warrnambool, will immediately become a role model across the country, a beacon of hope for kids who can’t see themselves thriving in their own communities.

Diversity in all of its forms makes everything better. If we eat the same meal every day we get sick of it. I’ve ruined songs by playing them over and over again to the point where I can hardly listen to them. Reading diverse opinions and challenging your own beliefs is a crucial part of growth, personally and as a society. 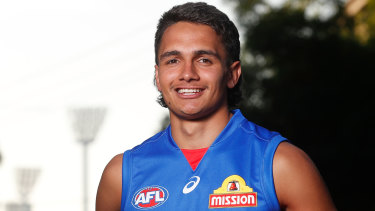 Jamarra Ugle-Hagan has gone to the Bulldogs after they matched Adelaide’s bid at pick No.1.Credit:Getty Images

Sport is one of the few arenas where minority groups can see themselves championed. In my experience, one of the few places where being Aboriginal comes with a positive preconceived perception is the sporting field. And it's an area where Indigenous people have had an immense impact: Aboriginal and Torres Strait Islanders make up around 3 per cent of the population in Australia but just over 10 per cent of the AFL.

Sport is often called the 'great leveller', and in Australia there has been no greater leveller than the AFL, AFLW and VFL. The platform it has given to Indigenous and multicultural people to achieve great heights and gain respect has been immense. 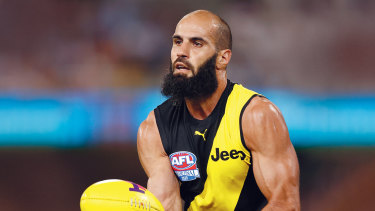 As the number of culturally diverse players in the AFL and AFLW increases we should see resourcing continue to increase around them too. There are a number of unique challenges that come with players from different backgrounds joining the game, ranging from the flat-out racism, gaslighting and disgusting reporting experienced by Adam Goodes, through to a lack of understanding of Ramadan. Players who are dealing with this need to feel supported both by their club and by the competition, and generally speaking they do a good job.

The AFL have been world leaders in this space. In 1995, the AFL introduced Rule 30 (now called Rule 35) to combat racial and religious vilification. While it hasn’t eradicated racism, it showed that the competition cared and was willing to do something about it. I wonder if this rule would have been brought in back then had there not been strong Indigenous players who were willing to stand up for their people. And if they hadn't been given the platform and respect that came with being a star footballer, would they have been listened to? Unlikely. 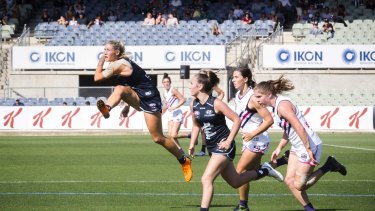 Worldwide, athletes have helped to draw attention to sociopolitical issues, such as US footballer Colin Kaepernick taking a knee for the national anthem. Closer to home, Adam Goodes used his platform to talk about inequality, and Eddie Betts continues to educate rather than rage when he gets vilified. Tayla Harris has become a symbol for women in sport – who doesn’t recognise a silhouette of that powerful kick.

At the conclusion of the 2020 AFL draft there was another influx of players from multicultural backgrounds, and for the second time ever, there was an Indigenous player taken with the number one pick. It’s crucial that our great game continues to represent our communities and champion their stories – and what better way to keep Australia interested in the communities than by telling the stories through the lens of their favourite footballing hero.

As the AFL and AFLW continue to become more diverse it can only mean good things for the game and for society. Sure, there is still a lot of work to be done and processes can definitely get better from the top down. But as more kids at grassroots level see themselves on telly playing in the AFL, the more likely they are to go down to their local sporting club to get involved.

And from a younger age, kids from all different backgrounds and creeds will come together and learn from each other, to become more accepting of other cultures through the prism of sport.

Tony Armstrong is a former AFL footballer and an ABC presenter.