‘She’s gonna give her a shower on the porch!’ Moment elderly woman soaks her neighbor with a hosepipe in bizarre front yard feud

This is the moment an elderly woman turns her hose on her neighbor who retaliates by throwing plant pots and even a broom at her in a bizarre front yard fight.

Amused onlookers offered a hilarious commentary as they filmed the altercation from across the street in Montgomery, Alabama, on October 3.

The argument appears be about the trash, as the woman, wearing a blue top and jeans can be heard telling her neighbor: ‘Go and put that in the trash can.’ 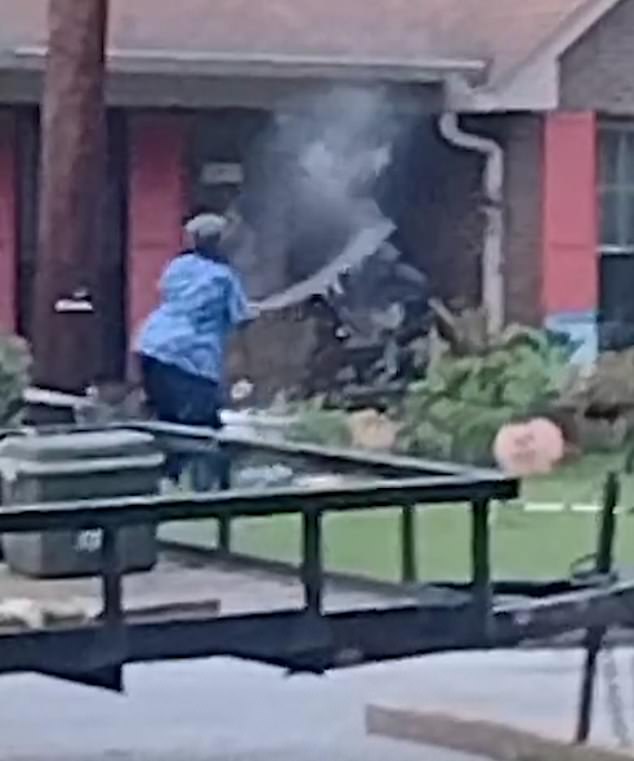 This is the moment an elderly woman turns her hose on her neighbor who retaliates by throwing plant pots and even a broom in Montgomery, Alabama

Laughter can be heard in the background of the film as several people watch the altercation rapidly escalating.

When the neighbor fails to react or get off her chair in the adjoining property’s porch, the woman in blue grabs hold of a running hosepipe and starts to spray her.

Her neighbor then gets up and retaliates by throwing plant pots and other unidentifiable objects.

The neighbor appears to give up and sits back down as the woman with the hosepipe continues to shower her.

In response to the scenes, one observer says: ‘Look at this s*** man. Well I be damned, she gave her a shower on the damn porch.

‘She’s just going to give her a shower on the porch. You might as well go and get her some soap and a towel and go off right now.’

The neighbor throws a broom from their chair and also what appears to be a metal walking stick or a crutch. 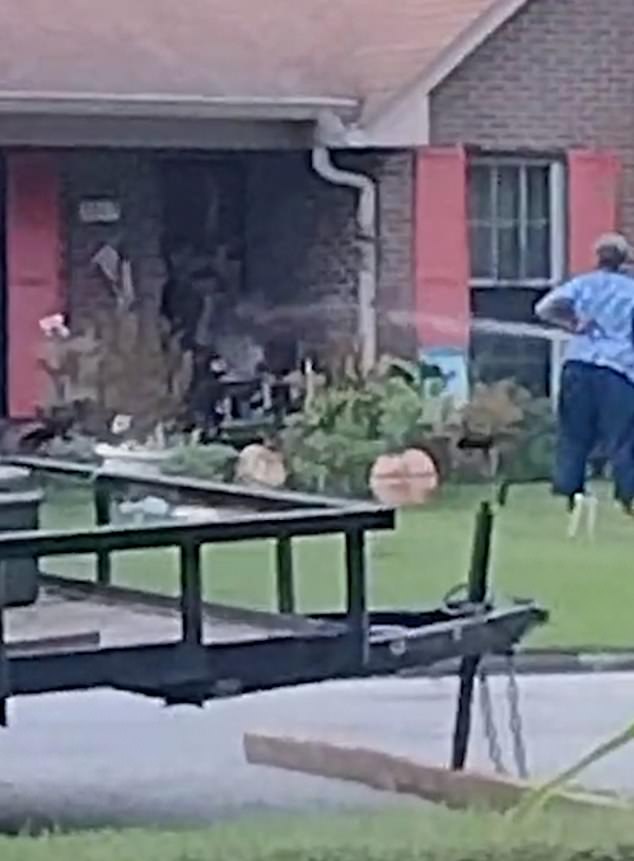 When her neighbour fails to get off a chair or react, the woman grabs hold of a running hosepipe and starts to spray her 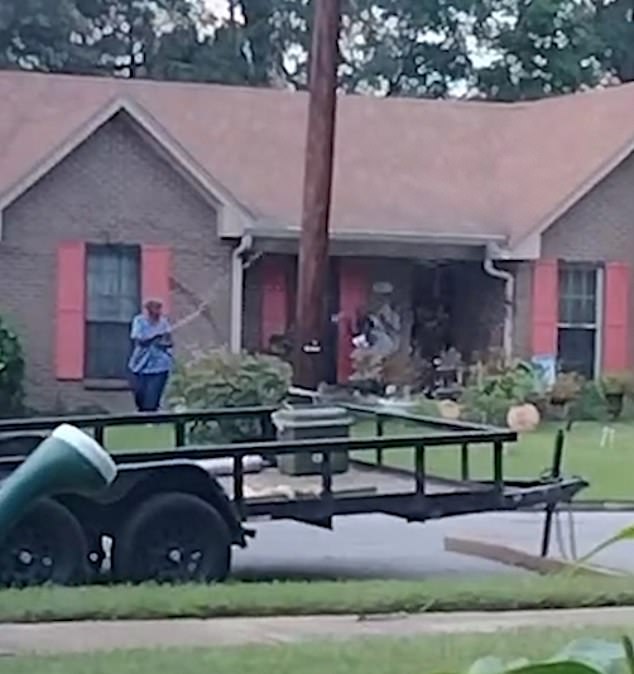 An onlooker says: ‘She’s full of s***. She wants some attention.’

The neighbor with the hosepipe then realizes she is being recorded and points the water flow towards the onlookers.

One user who commented on the video said: ‘I’m waiting for all the episodes to get released, then I be bingeing this s***.’

Another said: ‘Beautiful neighborhood…don’t matter where you live, I guess.’