Home » World News » Elephant tramples man, 27, to death after being 'pelted with stones as she tried to help her critically ill newborn calf' in India

Elephant tramples man, 27, to death after being 'pelted with stones as she tried to help her critically ill newborn calf' in India

A RAMPAGING elephant trampled an Indian man to death yesterday after locals pelted it with stones as it guarded its sick newborn calf, reports local media.

Disturbing footage showed the mother attempting to help her baby to its feet after it fell ill shortly after birth in Ajnashuli, West Bengal. 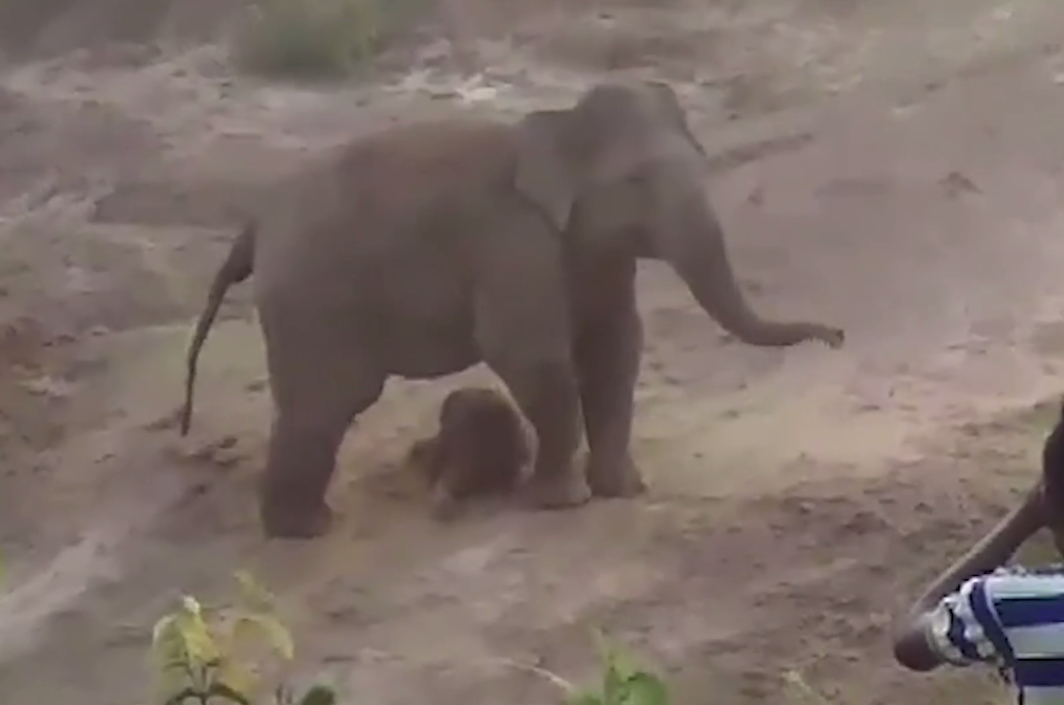 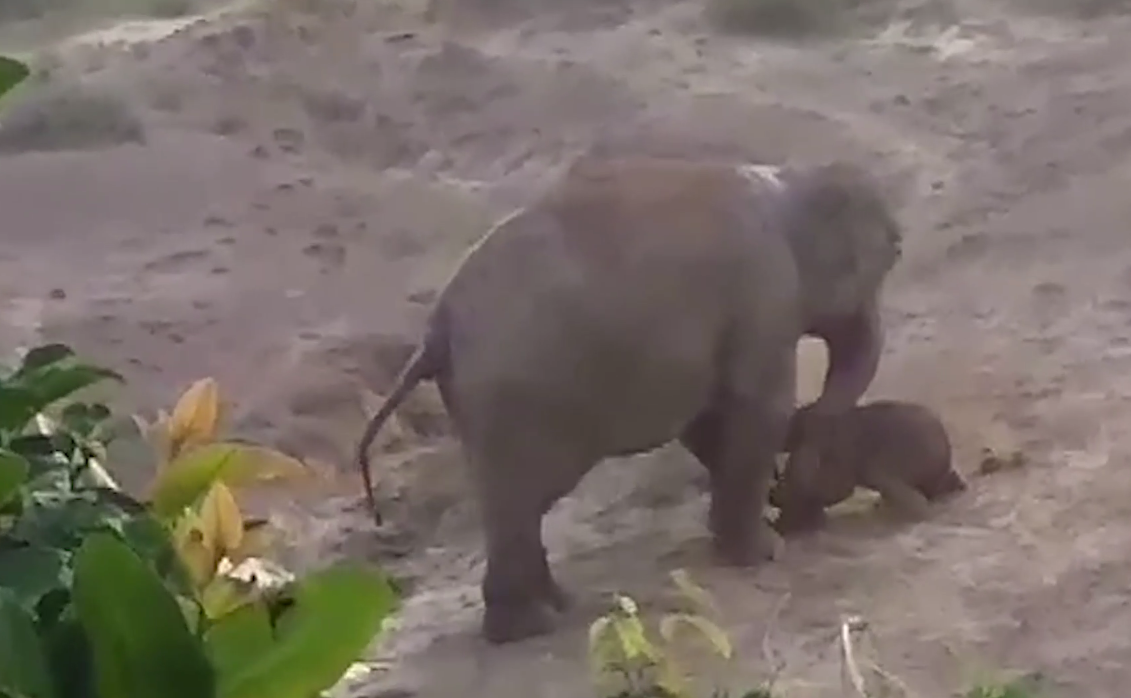 But the calf was to weak to get to its feet and the incident took a sinister turn when villagers began throwing stones at the pair, reports VN Express.

The mother beast went berserk and charged at the locals killing Shailen Mahato, 27, it has been reported.

According to reports the elephant had tried to warn villagers who gathered around filming on smartphones by stamping her feet.

The mother reportedly gave birth to the weak baby near a dry lake and had been trying to move it into a nearby forest before the attack.

Shortly after the rampage, 10 other elephants appeared in the area causing panic among terrified locals.

More footage shows three of the big mammals running through the forest as they reportedly chased villagers.

Forest rangers have cordoned off the area as the baby calf is still not strong enough to move into the jungle. 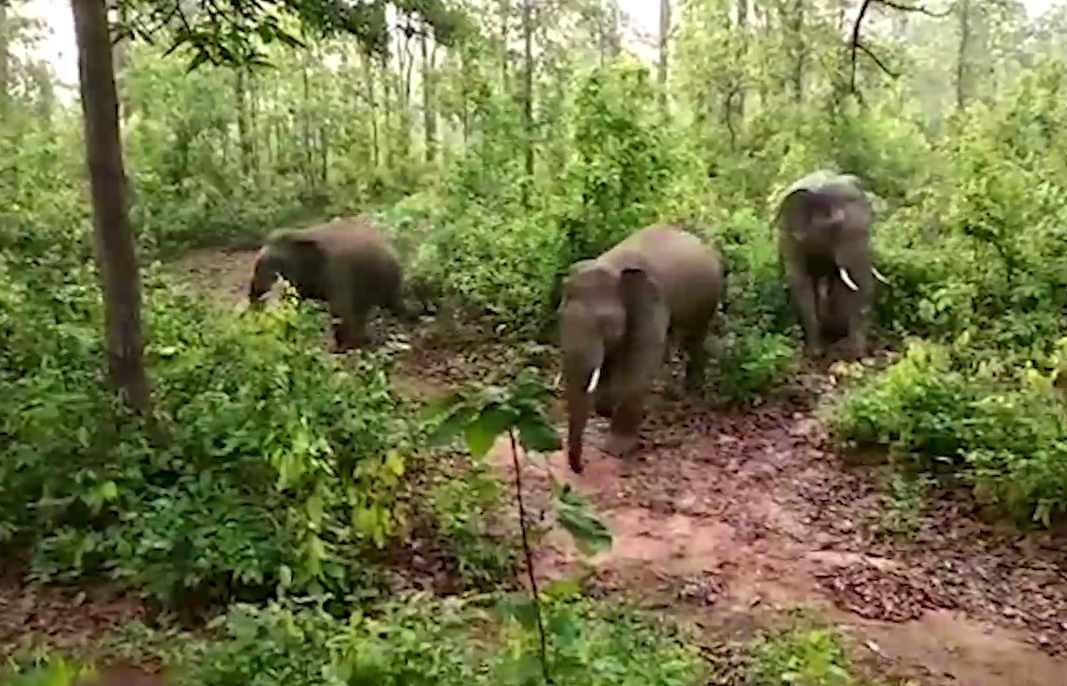