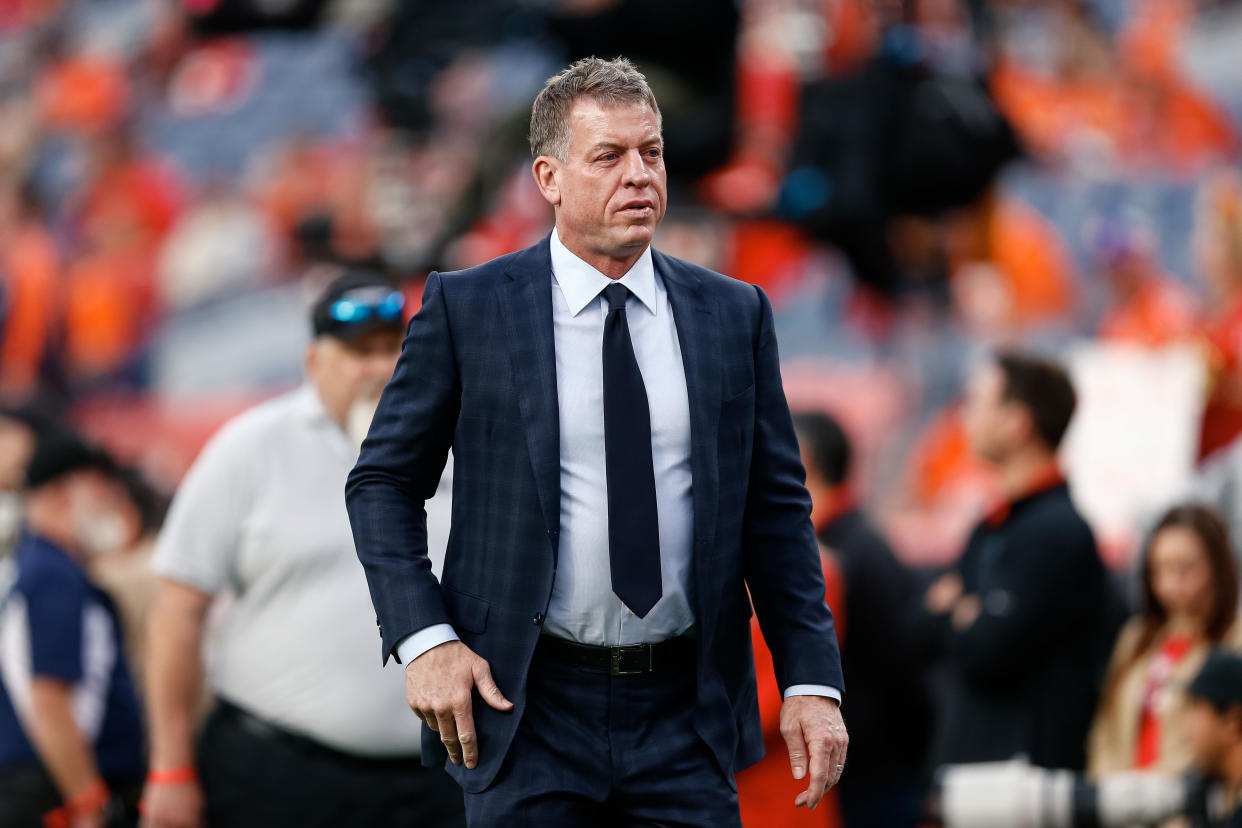 It’s easy to understand why.

Yet right before play resumed, Aikman made a sexist comment during the broadcast.

“I hope that the competition committee looks at this during the set of meetings and we take the dresses off,” Aikman said.

"And takes the dresses off" pic.twitter.com/oBFT3IGAKJ

Chiefs defensive lineman Chris Jones forced a big sack of Derek Carr and recovered a fumble, seemingly coming up with a huge play. Yet, because he landed on Carr as he recovered the fumble, officials called him for roughing the passer.

Naturally, that sparked outrage at Arrowhead Stadium and elsewhere.

“At some point you have to be realistic,” ESPN play-by-play announcer Joe Buck said. “The defensive player, what’s he supposed to do, disappear?”

That type of roughing the passer call was the second one in as many days, following the questionable one in the Atlanta Falcons-Tampa Bay Buccaneers game on Sunday.

Aikman is far from alone in wanting the NFL to adjust the rules surrounding this type of play. Former head coaches Tony Dungy and Sean Payton called for it on Twitter almost immediately after the play Monday night.

Yet Aikman using a sexist trope to make a point was offensive, cringy and lazy. The Hall of Famer, after more than two decades in the broadcast booth, should know better by now.