Prosecutors have dropped murder charges against Adnan Syed in the 1999 killing of Hae Min Lee, a case that was chronicled in the hit podcast Serial.

The decision on Tuesday not to prosecute Syed came weeks after a Baltimore judge overturned his original conviction and ordered his release.

Prosecutors in office of Baltimore City State’s Attorney Marilyn Mosby had been weighing whether to retry the case, or drop the charges by declining to prosecute him a second time.

Erica Suter, a lawyer who has represented Syed in court during his push to be freed, confirmed the decision to The Baltimore Sun, but the prosecutor’s office didn´t immediately respond to calls and emails seeking comment.

Laura Nirider, a co-director of the Center on Wrongful Convictions at Northwestern Pritzker School of Law who accompanied Syed when he walked out of prison last month, tweeted: ‘Breaking news: After the latest round of DNA testing generated results that, like previous rounds of testing, excluded Adnan Syed, he has now been formally exonerated!’ 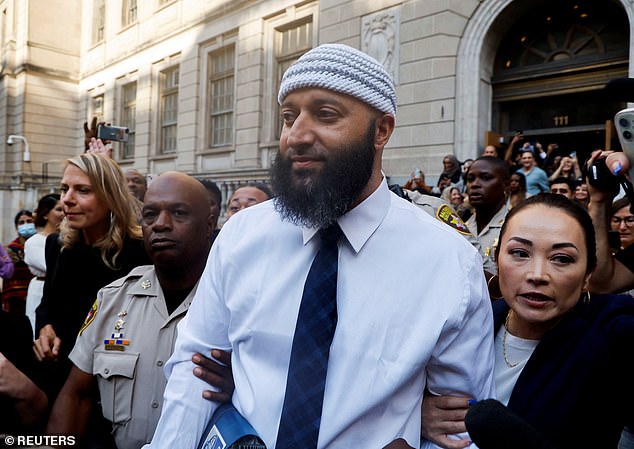 Prosecutors reportedly dropped charges against Adnan Syed on Tuesday in the 1999 killing of Hae Min Lee, a case that was chronicled in the hit podcast ‘Serial’ 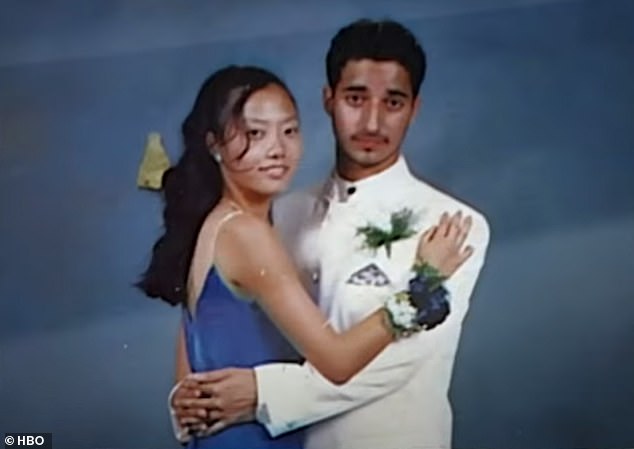 Syed spent more than two decades behind bars after he was convicted of killing Hae Min Lee, a former girlfriend seen with him above in a high school photo 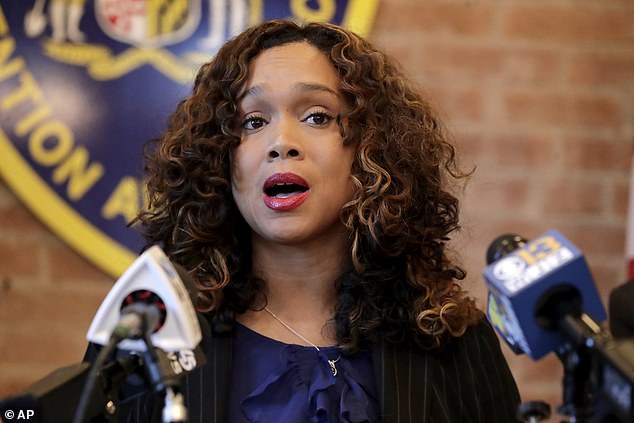 Prosecutors in office of Baltimore City State’s Attorney Marilyn Mosby had been weighing whether to retry the case, or drop the charges

A Baltimore judge last month overturned Syed’s murder conviction and ordered him released from prison, where the 41-year-old had spent more than two decades. Circuit Judge Melissa Phinn also gave prosecutors 30 days in which to decide whether to retry Syed or drop the charges.

Phinn ruled that the state had violated its legal obligation to share evidence that could have bolstered Syed´s defense. After his release, Syed was placed on home detention with GPS location monitoring.

Syed has maintained his innocence for decades and captured the attention of millions in 2014 when the debut season of ‘Serial’ focused on the case and raised doubts about some of the evidence, including cellphone tower data.

Prosecutors have previously said that a reinvestigation of the case revealed evidence regarding the possible involvement of two alternate suspects. The two suspects may have been involved individually or together, the state´s attorney´s office said.

One of the suspects had threatened Lee, saying ‘he would make her (Ms. Lee) disappear. He would kill her,’ according to a court filing.

The suspects were known persons at the time of the original investigation and were not properly ruled out nor disclosed to the defense, prosecutors said. 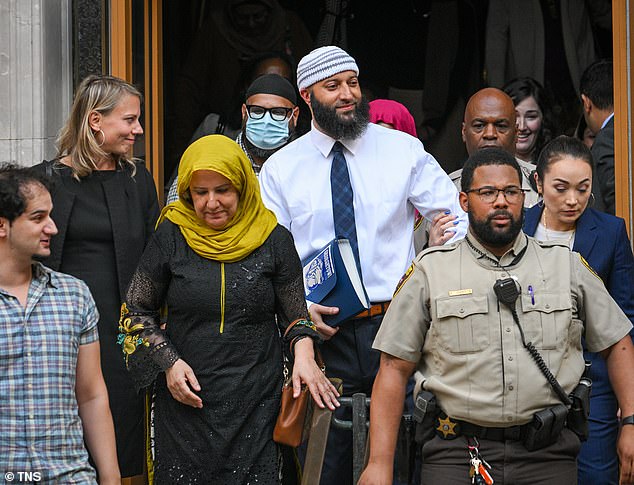 Prosecutors also noted unreliable cellphone data used during Syed´s court case to corroborate his whereabouts on the day of the crime. The notice on the records specifically advised that the billing locations for incoming calls ‘would not be considered reliable information for location.’

Syed served more than 20 years in prison for the strangling of Lee, who was 18 at the time. Her body was found weeks later buried in a Baltimore park.