Port Authority Police moved in to keep order at the British Airways terminal where the South African rugby team had a flight.

During the protest, Borup allegedly tossed acid into the face of PAPD Officer Evan Goodstein, blinding him in one eye.

“It’s a horrendous thing,” Port Authority Police Superintendent Ed Cetnar said. “It ended a career that he loved to do.”

As part of Police Week, the FBI announced Wednesday it is intensifying its efforts to locate Borup, who had ties to Pennsylvania and North Carolina and who was also thought to have fled to either Canada or Central America.

“There’s no higher priority than looking for somebody that hurt one of our own,” said Bill Sweeney, assistant director in charge of the FBI’s New York Field Office. “People need justice. Just because it happened 40 years ago doesn’t excuse it.” 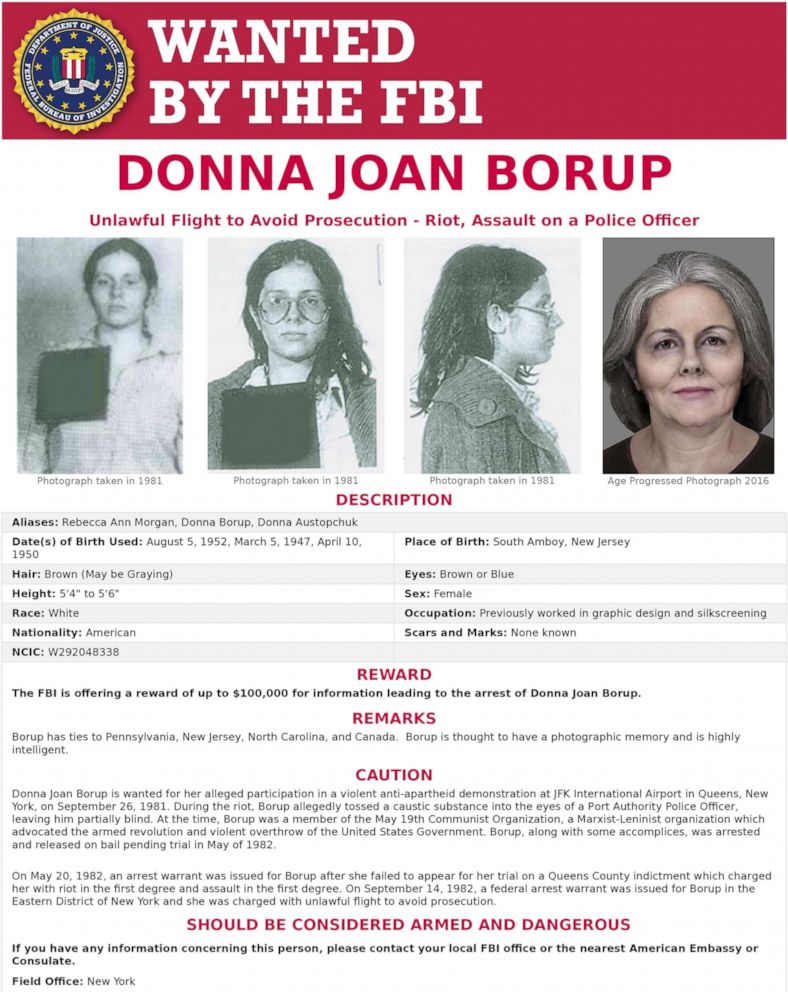 The FBI is increasing the reward for information leading to Borup’s capture. It is also releasing an age-progression photograph and a never-before-seen image of Borup in her younger protest days from the 1980s.

The FBI is also highlighting seven cases involving violence against law enforcement officers, including that of Joanne Chesimard, who is wanted for escaping from prison in Clinton, New Jersey, while serving a life sentence for her role in the murder of a New Jersey state trooper.

“Any attack on a police officer, whether it’s an assault or a death, is something officers take very personally,” Cetnar said, adding that he is confident Borup will eventually be caught. “That’s going to be a great day.”