The new type of drug aims to target a genetic weakness in the DIPG tumour. 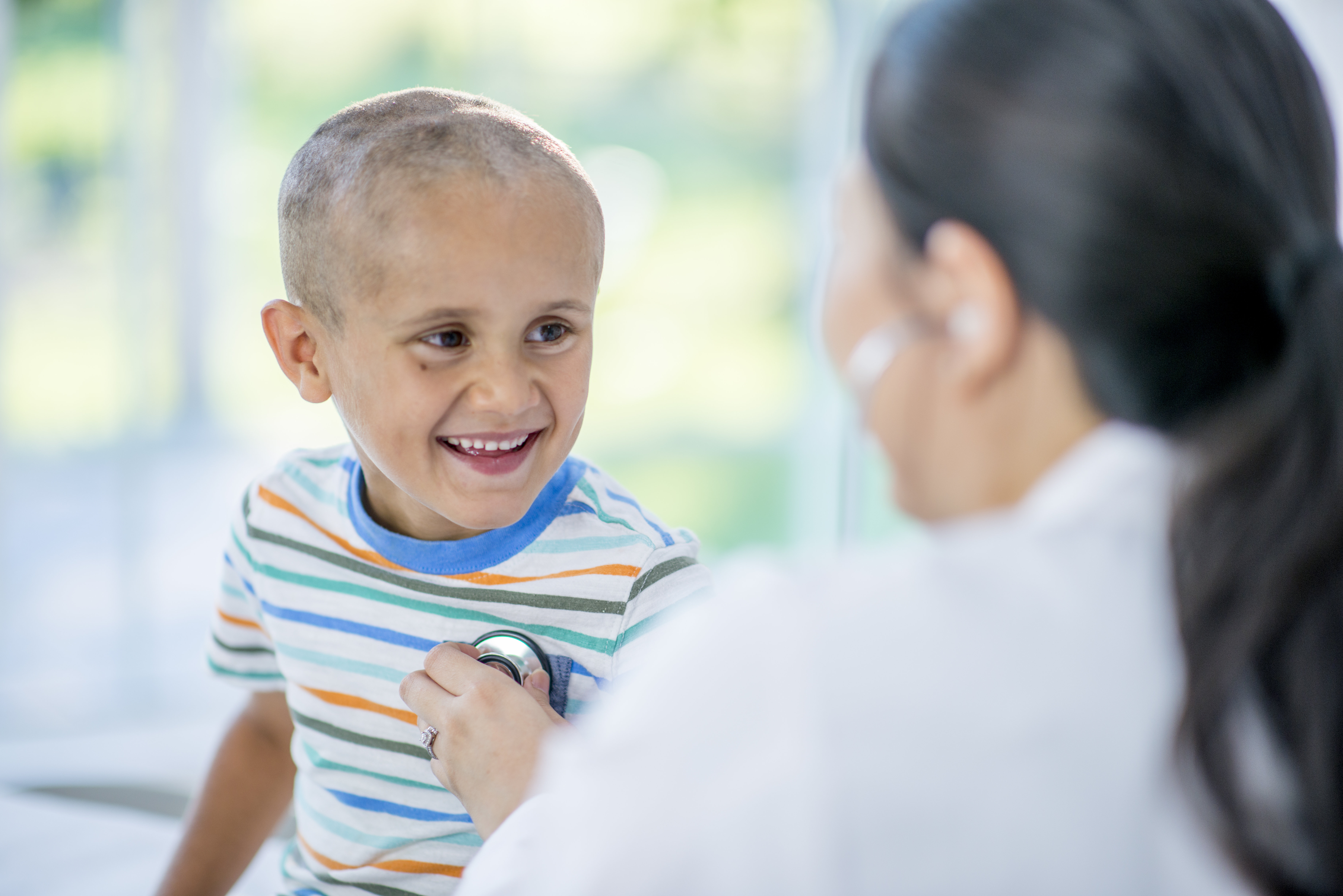 The prototype treatment may also offer fresh hope for patients with the rare and devasting "stone man syndrome" – in which muscles and ligaments turn to bone.

Scientists at The Institute of Cancer Research, London, have found that the new drug can kill brain cancer cells and shrink tumours in mice.

There haven't been any new drugs licensed to treat brain cancer in adults or kids for 20 years.

Those mutated ACVR1 genes only exist in DIPG tumours and stone man syndrome.

CHildren are only expected to live up to a year after diagnosis and there are no cures or life-extending treatments available for it, beyond radiotherapy.

Chemo doesn't work and because of the sensitive area they develop in, surgery isn't an option.

This new study has funded by Abbie's Army, Children with Cancer UK, Cancer Research UK and the DIPG collaborative.

DIPG tends to grow quickly and is more likely to spread to other parts of the brain or spinal cord.

They originate in an area of the brain, and more specifically the brainstem, called the pons.

The pons is an area deep within the lower part of the brain which is responsible for a number of critical bodily functions, such as breathing, sleeping and blood pressure.

The cause of brain tumours, including DIPG, is not yet known.

The signs of a DIPG vary as the pons and surrounding structures (where DIPGs are located) are responsible for a variety of different body functions.

A child with a DIPG may display:

The standard of treatment for DIPGs is radiotherapy, which is usually administered over 3 to 6 weeks depending on the type of radiotherapy that is deemed best for your child (with a daily dose given Monday to Friday).

Your child might also be given steroids during this period to help reduce some of the pressure caused by the tumour and radiation treatment.

Together they set up Abbie's Army in November 2012 so that one day parents of children diagnosed with DIPG will not be told that there is no cure and no hope, as they were.

Amanda said: "We're so pleased to see some of the pre-clinical research work that 'Abbie's Army' has supported in the Jones lab with ACVR1 heading towards a biologically relevant treatment.

"Our hope very much is that further translation and combination studies will provide a successful therapy for this sub-set of DIPG patients in the near future."

The drugs extended survival by 25 per cent

They found that two of the prototypes were particularly effective at blocking signals sent out by ACVR1 ad killing ACVR1-mutant cells – while having very little effect on healthy brain cells.

Researchers then transplanted human DIPG tumour cells into pice and found that the new drugs shrunk the tumours and extended survival by 25 per cent (from 67 to 82 days).

The drugs have now been taken on as the first project of a new open science company called M4K Pharma, which aims to discover and develop affordable drugs for childhood diseases that are rare, where there is less market incentive and that aren't well served by current business models.

Professor Chris Jones, Professor of Paediatric Brain Tumour Biology at The Institute of Cancer Research, London, said that it's "simply not good enough that we can cure some cancers, but in others, we've seen no progress in decades".

"We owe it to children and their families to do better"

"DIPG is a relatively rare childhood brain cancer, but it is always deadly. Learning more about the biology of DIPG, and trying to find ways to translate that knowledge into new treatments, has been a passion of mine for years.

"My lab discovered that mutations in the ACVR1 gene occur in a quarter of DIPG cancers and it's incredibly exciting to see this now lead to potential new drugs for the disease. I can't wait to see how they perform in patients."

Professor Paul Workman, Chief Executive of The Institute of Cancer Research, London, said that this latest finding was "an important study".

"I'm proud that the ICR is working in an academic-industry partnership with the biotech company M4K Pharma to take a drugs forward to the clinic.

"Where the patient population is very small, it can be difficult to get companies to take such drugs on.

"And even where this does happen the result is often a very expensive drug that the NHS struggles to afford.

"One important solution, as shown here, is for academic researchers to take a leading role in working closely with companies to create genuinely innovative treatments at an acceptable price.

"I hope that a new drug from this research can be taken to the clinic as quickly as possible to help children with DIPG tumours, and of course it would also be excellent to see patients with stone man syndrome benefit from the treatment as well."