This is the heartwarming moment an ice cream seller was given a touching send off by his colleagues at his funeral.

Video footage shows a procession of Mr Whippys and others playing their musical chimes as they drive along behind a funeral cortege.

The clip was recorded on the way to a cemetery in Camberwell, south London earlier today.

Louisa Davies was woken up by the noise of the ice cream music, an unusual sound for winter, and look out of her window to see the solemn procession going past.

A hearse carrying the fallen colleague’s body and several brightly coloured vans playing classic tunes which include ‘The Band Played On’ and ‘The Mister Softee Jingle’.

Out of respect for their fallen ice cream server, the slow procession of trucks followed behind the casket and family. 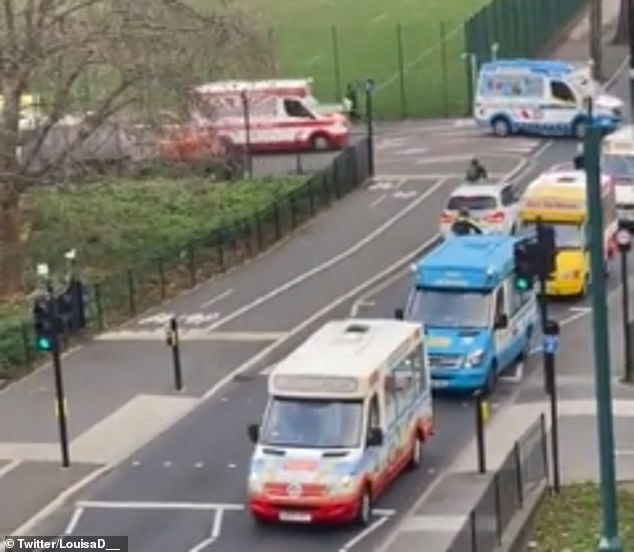 Louisa posted the video on social media, writing: ‘Just witnessed an ice cream man’s funeral and all the ice cream vans came and followed in solidarity I AM SOBBING’

Louisa, who does not know the driver, said she was moved by the tribute.

‘I’d never seen anything like this before so was quick shocked at first but then thought it was just the nicest most heartwarming send off,’ she said.

‘I’d like to send my respects to the family and let them know this procession bought joy to a lot of people today.’

Her video has been viewed more than 1.4million times on social media.