Plane is left smashed up after skidding off runway in bad weather in Myanmar, injuring four people

A plane skidded off the runway while landing in Myanmar, injuring at least four people including a pilot.

Biman spokesman Shakil Meraj said the accident happened when the Bombardier Dash-8 Q400 aircraft was landing in bad weather after a flight from Bangladesh’s capital, Dhaka.

Flight BG060 was carrying 33 people, including two pilots and two flight attendants and the condition of the four injured people was said to not be life-threatening. 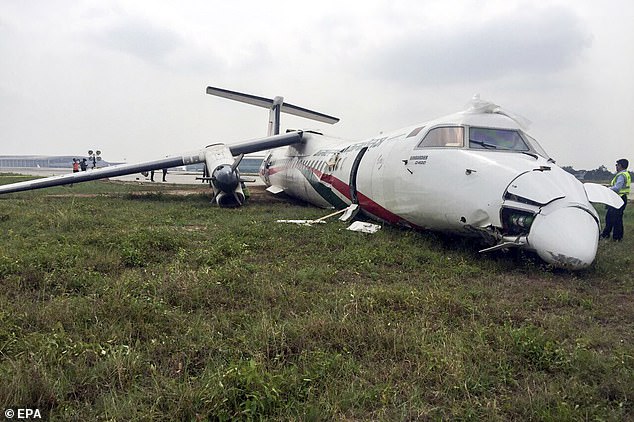 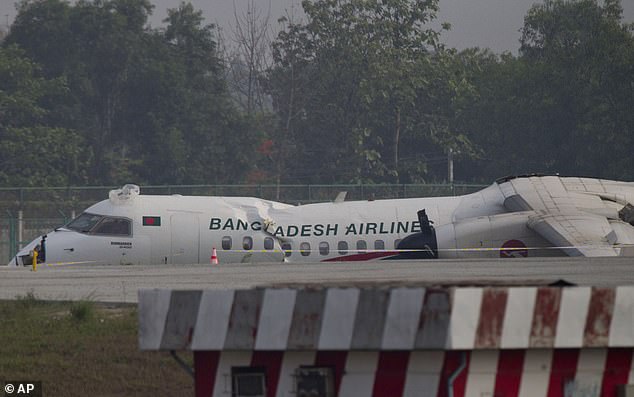 Photos of the plane showed it lying partly on the wet runway and partly on the grass. Its fuselage appeared to be broken in at least two spots.

Meraj said he was unaware of news reports that about 15 people had been hospitalized, but he could confirm there were no fatalities.

The Bangladeshi newspaper The Daily Star quoted Bangladesh’s ambassador in Yangon as saying: ‘All are injured more or less but no one was in critical state. However, 15 of the injured are hospitalised.’

Meraj said the airline was sending a special flight to bring back the passengers and crew.

‘We want to ensure that everybody is treated properly in case of any injuries,’ he said.

Asked if passengers could decide to stay in Yangon, he replied, ‘We can’t force anybody, but what we want to ensure is that everybody is OK, and they can return with our team.’ 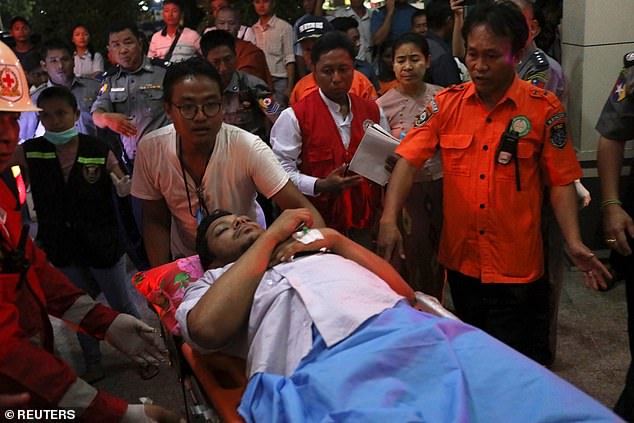 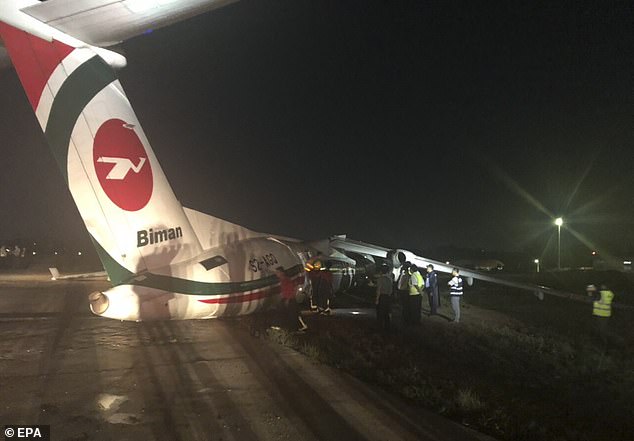 Airport authorities briefly halted runway operations after the accident but announced later they had resumed, though flight delays were expected.

The accident comes as two other planes crashed on the runway in the last sic days, including the Sheremetyevo airport disaster in Moscow that killed 41 people.

The Aeroflot Sukhoi SuperJet made an emergency landing and burst into flames on Sunday.

On Friday a Boeing 737 hit land at Naval Air Station in Jacksonville, Florida, and skidded off the runway and plunged into St Johns River.

There were no fatalities in the crash, but 21 people had to be taken to local hospitals.

Officials said the plane was struck by thunder and lightning as it flew from Guantanamo Bay to Florida.