Genes, weed and long COVID: Four predictions about the year in science

Examine, a free weekly newsletter covering science with a sceptical, evidence-based eye, is sent every Tuesday. Below is an excerpt – sign up to get the whole newsletter in your inbox.

We’re going to try something new, and possibly quite dangerous, in Examine this week: predictions. After speaking to a range of top scientists across Australia, here are four big things I reckon will shape the year in science. We’ll come back to this list at the end of the year to see if I got it right!

Medical cannabis: the thin edge of the wedge

Let me give you a sense of the state of medical cannabis in two news bites. 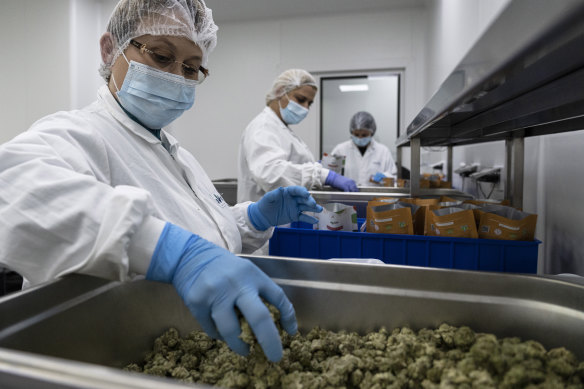 The first is from a company called Levin Health, which has signed up a bevy of A-list sports talents to promote its medical cannabis business; AFL coaches Chris Scott and Damien Hardwick, rugby’s Andrew Johns and basketballer Lauren Jackson are joining forces “to break down the stigma around medicinal cannabis”.

The other news bite comes from the Australian Pain Society’s annual scientific meeting, which held a session called, “Is medicinal cannabis the next opioid crisis waiting to happen?”

I suspect medicinal cannabis could be the thin edge of the wedge that is being used by some to achieve a larger goal: cannabis legalisation. After the Legalise Cannabis Party picked up two seats in Victoria’s upper house late last year, we can expect this barrow to be pushed even harder.

Here’s my concern: “Medical cannabis” is a very different concept to “legal cannabis”. A vast and powerful medical cannabis industry now operates in America and Australia, pushing a product that is rapidly growing in use – prescriptions are up 50 per cent since 2020 – yet there is little rigorous evidence to support the use of medical cannabis.

There may be good arguments for legalising a drug that seems far less harmful than alcohol. But instead of focusing on that, the industry and government are focused on promoting a “medicine” that has little or no evidence base. I suspect things will only ramp up this year.

New governments get a honeymoon period, and Australia’s new science minister, Ed Husic, got an extra long one. The replacement of a Coalition government at open war with universities and scientists had many breathing a sigh of relief. 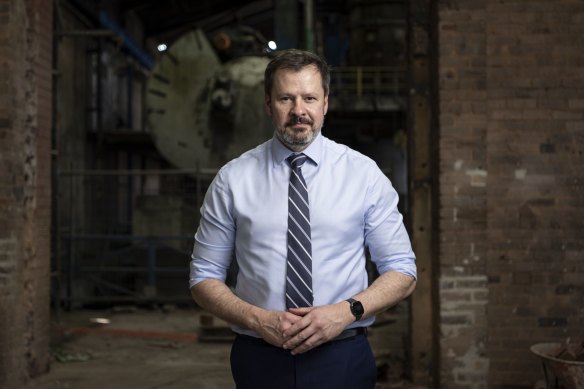 Year two has now arrived. Husic has said all the right things, but scientists want to see action now. “We have been in crisis mode for so long,” one tells me. “Everyone is anxious to see the money,” says another.

But will the government inject real funding into a “starving” system? Given the treasurer keeps talking about how tight the budget is, I am sceptical. More likely, I suspect, it will tinker with the system.

The big policy shapers are likely to be the review of the Australian Research Council, a key funder of Australian science that has become increasingly mired in bureaucracy, and a review of the nation’s universities.

Pressure is mounting on the government to cut the national interest test and the ministerial veto, two instruments that seem to serve chiefly to irritate researchers. But does the government have the stomach for bigger reforms, such as restructuring how universities fund research? Relying on fees from international students seems unsustainable. Could the Australian Research Council’s budget be retargeted towards discovery research? Could our many pots of funding, some of which seem to function entirely at the whim of the minister, be centralised and better run?

Husic is known to be deeply interested in quantum research, in which Australia once led the world and still retains a strong capacity. More focus here could reap rich rewards.

So far, the minister has shown himself willing to tackle problems head-on rather than sweeping them under the rug, as demonstrated by his commendable and much-needed review of (floundering) government-funded efforts to increase the number of women in STEM areas. Let’s hope that attitude continues.

Long-COVID science improves, but care of patients does not

The good news first: researchers and the media remain focused on long COVID; a recently published review in Nature has already attracted almost half a million views and huge news coverage. There are several interesting high-quality trials being done, such as Australia’s STRONGER trial, which is testing the use of statins. America’s National Institutes of Health has more than $US1 billion to do research. That level of investment is extraordinary for a post-viral illness, one in an area which has been neglected for far too long. If there are discoveries and treatments to be found, we now stand a decent chance of finding them. The attention and research should have flow-on benefits to other post-viral illnesses such as chronic fatigue syndrome. 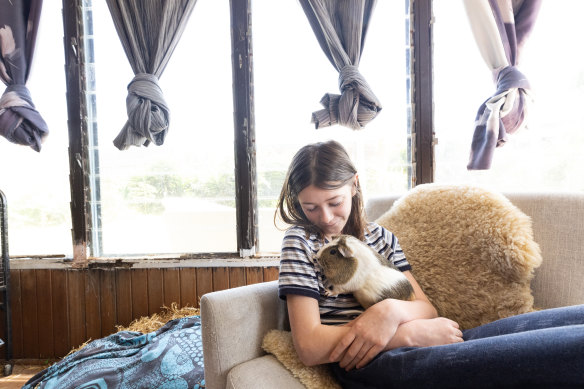 Lulu, 11, has long COVID. Can we do a better job taking care of people like her?Credit:Jason South

Now the bad news: care for the hundreds of thousands of Australians with long COVID seems unlikely to improve much. Australia’s long-COVID inquiry looks set to push for a GP-led care system – essentially shifting the cost of long COVID onto an already-stretched Medicare budget and GP workforce. Expect a fight here, as the federal government tries to shift responsibility towards hospitals, which the states pay for. Can we increase GPs’ skills fast enough to provide quality care? Many long COVID patients are already finding GPs pose more of a problem than a solution.

The states, meanwhile, say they can’t afford to pay for the additional care burden or, extraordinarily, that they don’t have much long COVID. Meanwhile, I’m hearing of existing clinics already looking at closing after the government’s COVID healthcare funding was slashed. This could get ugly.

Medicine gets better, and (much) more expensive

Last year, there was a debut of publicly funded gene therapies in Australia. These new drugs, which change the way our DNA is expressed, can do extraordinary things, such as treat a child with spinal muscular atrophy, the leading genetic cause of infant death. Rather than dying, these kids are walking.

And there are many more similar gene therapies coming. “This is the start of a new era of medicine,” Professor John Rasko, head of gene therapy at the Centenary Institute and author of a book about the history of stem cell medicine, told me last year.

RNA also continues to excite. Moderna’s mRNA vaccine for melanoma is showing promise in clinical trials, as is the company’s RSV vaccine. I’ll be watching this space closely. “It’s not hype – the technology is amazing,” Monash University’s Associate Professor Traude Beilharz says. “It’s going to be incredibly expensive. But the promise is enormous.”

She’s right – on both counts. Australian bio-giant CSL now owns the most expensive drug in the world: a gene therapy for haemophilia B that costs $US 3.5 million (nearly $5 million) per treatment. It will come up for approval in Australia this year, raising big questions for governments about how we pay for these super pricey new drugs. The answer will be hard: this is a country that has form in choosing not to pay for a life-saving childhood vaccine because it costs too much per life saved.

Enjoyed this article? The Examine newsletter explains and analyses science with a rigorous focus on the evidence. Sign up to get it each week.